Wonderful People floated the river this year. And what magic it was. 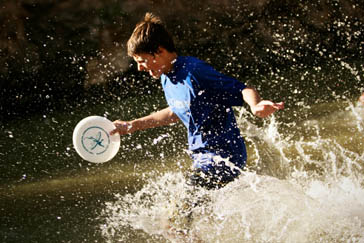 There was a chill in the Idaho air this morning. Regrettably, the Salmon River rafting season has come to an end. The leaves are turning and the temperatures are dipping. It signals the time to hang up our oars and prepare for the cold months ahead.

But looking back, I’m reminded of what a wonderful summer it was. And even though the river was dreamy and the food was excellent, I can’t help thinking most fondly about the people I met… and wow, what a diverse group of people.

On our trips, we had a physicist from Pennsylvania; a surfer from California; a stay-at-home mother from Texas, and a businessman from Florida. I’ll never forget the faces of a half dozen kids as they saw their first rattlesnake. Or the giggles and laughter of four daughters after their mother allowed a river guide to spray whipped cream into her mouth. I heard a festive chorus of “Happy Birthday” during a hail storm, and I watched a fiddle player float on the placid river in the cool glimmer of moonlight.

I shared these sights with people from all over the world. We had a professor from New York, and a publisher from California. There was a Brit from northern England who lived in Washington, D.C., and a Brit from London who lived in Canada. We took children on their first river trip and elderly men on what they lamented was their last. There were people on our trips who were gay and some who were straight. Some were black and some white. A pilot and crane operator; Republicans and Democrats; a DEA agent, and a guy who avoided the DEA.

All of us floated the river this year. And what magic it was. Because no matter how diverse our backgrounds, we all had one thing in common – we never wanted the trip to end.

But there comes a time when all trips draw short. Eventually, the season does too. I suppose this is one of those times. I’m left with the warmth of retrospect, a look back to the wonderful people who made a wonderful summer.

So as the dark months approach and the land readies for a long winter sleep, I’d like to make one last toast.

Here’s to endless rivers. May we see them again. And may they always be there, ready for our return.