What do River Guides do in the Winter? 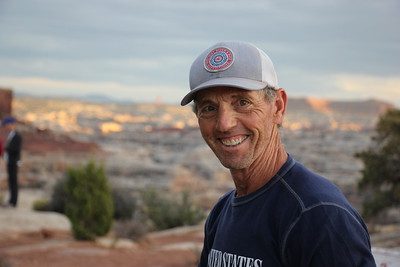 Remember that feeling as a kid of seeing one of your elementary school teachers outside the classroom for the first time, in the grocery store or the bagel shop? “What! They have a life outside the brick and mortar of school?” I think this is how my kids might feel if they ran into one of our beloved river guides outside the realms of the river and rafts; albeit, with no fear of homework being assigned.

As is typical with autumn, many of us head back to school or experience a shift in schedules, but where do the river guides go after the river running season? What nourishes or depletes them, prompting their return to the river come springtime? 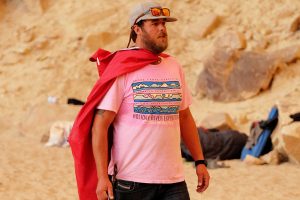 Not surprising, the intensity of the 24/7 job of being a river guide and the ubiquitous natural beauty surface in the off-season. For guide Timothy “T-burd” Burdick the river shows up in his dreams.

“I’ll be on the river, rowing, but drifting through the city,” says T-burd, who provides action and portrait photography at Snowbird Ski Resort (Powder Shots) and freelance as well. He adds that some of his dreams have the feeling of flying, similar to being on a snowboard (which is his usual winter mode of transport), but he is “flying” on the river.

“It is all about movement and I like to stay in motion. What I miss the most though is the solitude of being on the river.” He weans himself from water to snow by often spending the shoulder season sailing his families’ 50-ft. catamaran.

The river slips into guide Ben “LB” Levine’s dreams as well, but even more often he finds himself thinking about camping, looking at the stars, and craving being away from civilization. “This is what I start to miss,” admits LB, who works for the U.S. Ski and Snowboard Team in its events marketing department, often involving traveling and setting up for events. Having two roommates who are river guides helps keep the river memories flowing. He acknowledges though that the change of pace is a good thing. “River guides would burn out without the break.” 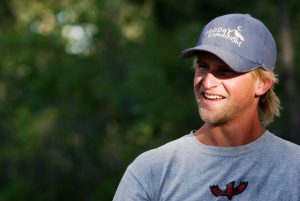 LB rattles off the responsibilities that rest on the shoulders of Holiday River guides, which can be demanding both physically and mentally: Constantly being on your toes and being concerned for everybody on the trip as well as the other guides, accounting for health and dietary concerns, reading the river accurately and being prepared for whatever might happen, rowing all day, unloading and loading boats, and always being around people. “A 9 to 5 job certainly frees up a lot of time to get what I don’t get on the river with a 24/7 schedule,” says LB with a laugh, who has guided for almost 10 years.

“If I wasn’t anxious to go back to the river every spring, I’d probably find something else to do.” LB notes the skills he has gleaned from being a guide—his first “real” job—that has benefited him in his “off-season” job—people and organizational skills among them. Many of his closest friends are river guides; friendships developed on the river. Again, connections to the river flow into the off-season. 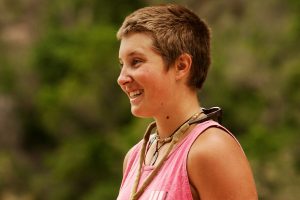 The pull of the friendships among the river guides is a strong lure back to the river. “My co-workers are a big reason I come back,” admits Lauren Wood, who works as a waitress at Faustina’s and participates in nonprofit activism work. A graduate in Environmental Studies, she is planning on grad school soon. “The river is what brought us together; these places that bleed red, shock the soul, and make us all dream of herons.”

“You need a break from taking care of people on the river, even though I don’t take much of a break from river guiding because in March I’m back to boating,” says Jessica Gardner, who works at the ski shop in Alta, UT and does horticulture therapy with prisoners. “I need to see the stars,” adds Jessica, who escapes the city during inversions and heads down to St. George, Utah or Arizona to camp and/or boat and do night hikes.

River time heightens Lauren’s awareness of the natural elements in the urban environment where she spends her off-season. “When I return to Salt Lake City, it is easy to see the natural world and its cycles affecting everything in the city. We think it is ‘out-there-somewhere’ as opposed to right in our own urban or suburban backyards.” Lauren spends her free time in the off-season hiking, cycling, rock climbing, and songwriting.

Time on the river juxtaposed with the season off the river provides a yin-yang sense to her life. “I can view the city this way because of the river, and I can connect people to the river because of the communities they come from.” The way skyscrapers light up when the sun is setting or the gush of a broken fire hydrant will spur thoughts of the illuminated cliffs of canyon walls or the rush of the river.

“Missing the river is a good thing,” affirms Lauren. It balances out that end of the river-running season fatigue that might be kicking in making you focus more on a nit-picky co-worker rather than the surrounding beauty. “Yet the second you step away from those challenges and the ever-flowing river, your gut and soul misses it. This, I believe is the healthy draw most river guides endure throughout the off-season. This measured yearning, a test in patience does me good.”