Where the Snow Goes: 2018 River Levels in the West 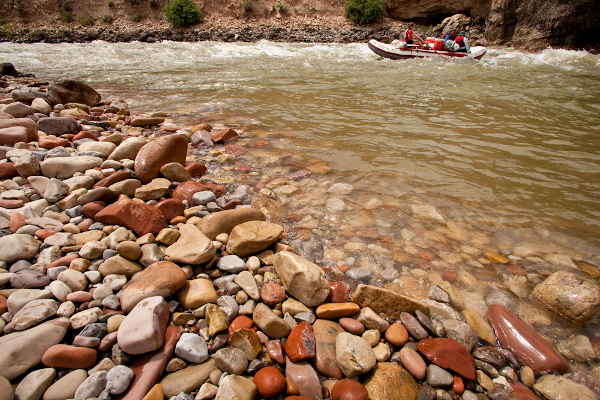 Most Utahns can tell you that the 2017-18 winter season was warm and very dry. Some people will mention this mild winter like it was a pleasant surprise, while others (the skiers, river-rafters, and climate scientists) will usually grumble a cynical comment about it. But, no matter how you feel about the tepid climate, one thing’s for sure: the warm, dry season is going to affect every single resident of the Southwest.

To be clear, we are looking at some stable water-levels for this 2018 river-season, thanks to our neighbors in Wyoming, but sunny winter’s for river-rats, are surely nothing to celebrate. 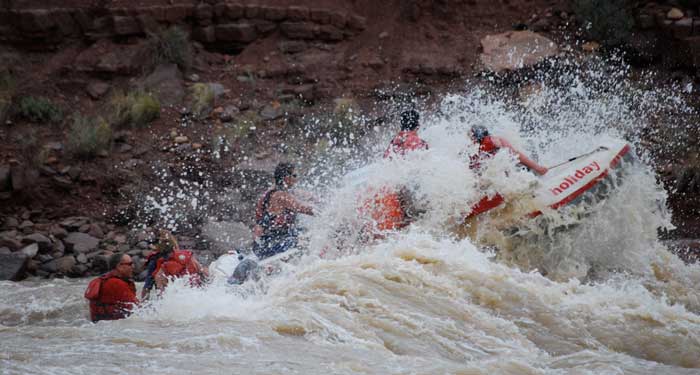 I’ve just returned from a short spring jaunt to Kamas, Utah, a sleepy town at the western base of the Uintas. The Unita Mountains are special for many reasons: they are the highest range that runs east to west in the contiguous United States; they are the most northward mountain range in the entire world to reach over 13,000 feet and still not contain any active glaciers; I’ve seen moose, porcupines, elk, and coyotes in these mountains, and rumor has it that wolves occasionally amble through the area.

But the thing that most amazes me about the Uinta mountains is the water. There are over 1,000 alpine lakes dotting the range. It’s these lakes, many of them hovering at about the tree-line, that make the Uintas’ peeks feel like a serene, primordial paradise, the birthplace of some wise giants or ethereal angels.

The majority of this water does not remain in these magical islets in the sky. It trickles down into over 400 streams and rivers, some of which join the Provo river and end up in Utah Lake. But even more water from the Uinta ends up flowing through the Uinta basin in the Green River and, eventually, the Colorado. The Colorado River then sustains life in the arid west for over 40,000,000 humans and countless other flora and fauna.

In short, what begins in the Uinta Mountains will, along with other ranges, affect the entire Southwestern region.

So, when my friendly host from Kamas told me that it was a ‘mild’ winter even there, at the base of these gigantic mountains, and that, although it was only April, I could drive many miles passed the “No Winter Maintenance” sign on the Mirror Lake Highway, I knew that this spelled trouble for the rivers that rely of spring snowmelt. 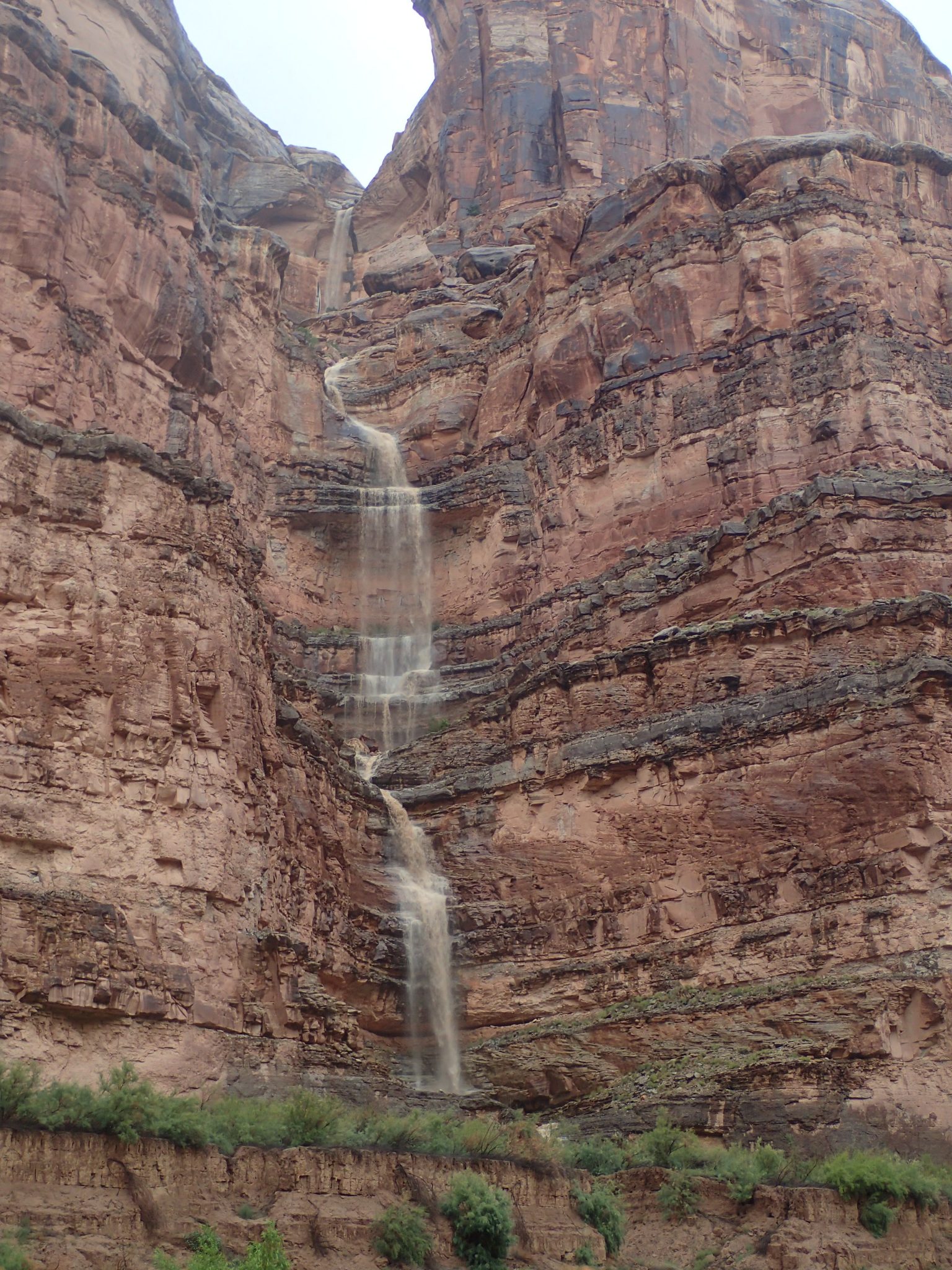 If you want a good visual representation of the low levels of snowpack in western states this year, then check out the National Resources Conservation Service’s interactive map of the current ‘snow water equivalent’ in the Upper Colorado River basin. There, you will see a wide strip of red and yellow dots spanning from southern Colorado to Northern Utah. In certain mountain ranges, almost all of the dots are red, meaning that these areas have less than 25% of their average snowpack.

Snowpack is not everything when it comes to the river levels in spring. The rate of the snowmelt, human-made dams, and plenty of other factors can play into how high the water gets. But, the case still remains that without the snow at the mountain peaks, there is little trickle down into the rivers.

Another map can help us gauge just how much this low snowpack will affect the coming river running season. It’s the National Oceanic and Atmospheric Administration’s Colorado Basin River Forecast Map. Click on the periodic blue dots on this map to see the current and predicted CFS (Cubic Feet per Second) of various rivers at key points. The levels are low, but not catastrophically in most places. This is, in large part, due to the fact that rivers like the Colorado are being fed by ranges that are further north, like Wyoming’s Wind River Range, which actually got more snow than average this year.

So, if you’re worried about canceling your river trip, don’t. There will still be plenty of water for rafting, paddle-boarding, and inflatable kayaking through some of the most unique and beautiful terrain in the world! 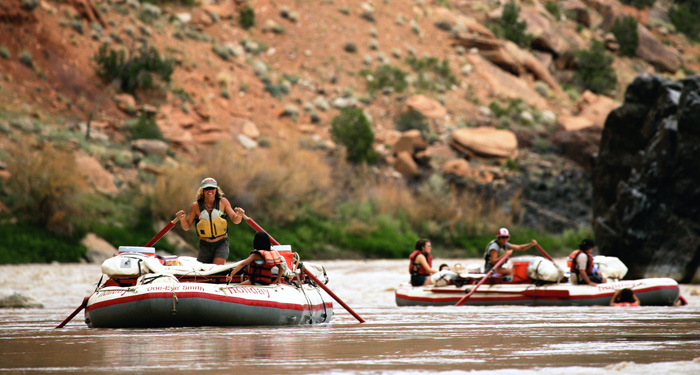 There is a note on top of many of the National Resources Conservation Service’s maps from this year that says “Notice: We anticipate this map will not be available next year due to staffing constraints.”

Yes, you are reading that right. Just as the effects of climate change are being felt more immediately and drastically than ever before, right after a shockingly warm winter across the arid west, the government is cutting it’s natural resources management staff. This is all part of a dangerous move to politicize, at the highest levels, the agencies that are in charge of land and resource management, like the Department of the Interior, the Environmental Protection Agency, and the Department of Agriculture. This politicization ignores the stark realities of climate change and the overwhelming majority of science, and instead caters to industry funded climate denialism. This means staff cuts, the selling off of public land, and the continuation of extreme extraction and pollution across the country.

None of this bodes well for the future. We can expect to see more warm winters, less snow, and earlier, more erratic snow melts. We can expect an already overburdened Colorado River to be sucked dry by increased development and bad water management policies. We can expect all of this and more, unless we change direction. There is hope. There are creative solutions to water management in the West that leave us with healthy swimmable, fishable rivers, but it will indeed take us all to participate in advocating for it.

You can check out our awesome Earth Day blog to learn more about local Utah organizations that are trying to do just this, and how you can get involved! Even though we can still run the rivers this year, we should never take our eyes off the long run issues that threaten our entire planet.