What’s In Your Ammo Can? Part Two 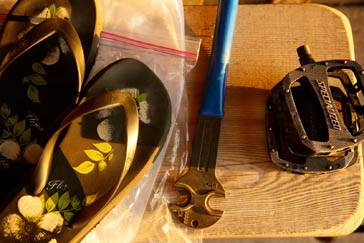 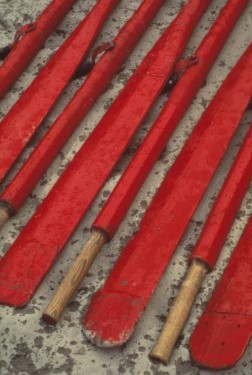 What’s In Your Ammo Can?

Having achieved a higher level of enlightenment and becoming one step closer to river Nirvana, I was a bourgeoning young guide and never felt more complete than with my PFD in one hand and my ammo can in the other.  In the entry pairing this one, I revealed some trade secrets in the form of standard guide gear typically making its home in an experienced boatman’s ammo can.  It’s time to continue blowing the proverbial lid off the very real ammo can and get a little more insight into the oar-lover’s toolbox.

In my time between river days in the town of Green River, UT, I happened upon some pretty amazing things on the side of the road or at campsites.  One of the more significant (and something I still have to this day) was a hunting monocular, still fully functional.  It made for some fun cross-river viewings on trips.

My most common use of a multi-tool was actually on personal camping trips when my crew would come up short on silverware and someone would poach the swiss-army-knife-sized blade on my multi-tool to chop veggies for tin foil dinners.  Not extremely glamorous, I know, but essential. 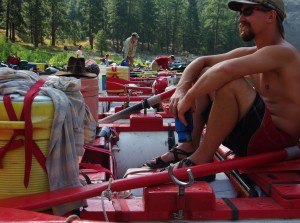 Holiday River Expeditions sends each trip with heavy duty stoves and dutch ovens, so this was more for my personal use.  But you can never be too prepared, right?

Freshwater is another commodity Holiday makes sure guests have in total abundance (along with soda and gourmet feasts).  So again, this was more for personal backcountry adventures.

The only time I ever needed to utilize my performance shell-fabric patch kit was on a puffy down coat that had a hole punched in it by the claws of an overly-friendly dog I met.  She had no ill intentions; just hopped up to say hello to me and inadvertently compromised my shell. 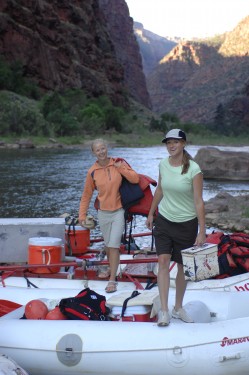 I was lucky enough to participate in several of Holiday’s youth trips done with specific populations, and one trip in particular yielded an extremely introspective and fun activity in which all participants made medicine bags for each other, filled with selected stones representing our strengths and weaknesses.  It served as a good reminder of the sincerity of youth, who seem to take more away from these trips than the rest of us.

Whatever didn’t fit in the ammo could either fall by the wayside or had to be stashed somewhere else.  This is where the rig bag comes in handy.  The rig bag serves to carry larger, boat-specific items (like a stake, extra bowline, sponge for cleaning the boat, hand soap, and more).  However, given that the rig bag had plenty of space to spare, other ‘less necessary’ items tended to make their way into mine.  For example; 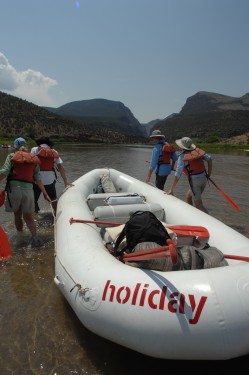 An extravagant surplus of GORP.

To the layman, GORP is Good Old Raisins and Peanuts.  To many guides, it was the sweet fuel of river life, and I often threw an unfairly large container of it into my rig bag to ensure neither I or my guests went snack-free during long flatwater stretches.

I learned once, and only once, to never attempt cross-boat aerial transport of items greater in value than whatever you’re willing to take out of your pay for the trip.  A guest had been kind enough to use my camera to take some pictures of our flotilla, then attempted to throw it from her inflatable kayak to the cockpit of my raft- a distance of a whopping three feet.  Unfortunately, since the camera was thrown via slingshot effect thanks to the lanyard attached, it attained the necessary speed but the wrong direction and in all likelihood resides at the bottom of the Green River to this day, unknown award-winning photos unseen upon its waterlogged SD card.

I hope you’ve enjoyed another glimpse into the everyday ins and outs of gear on the river.  Remember; Go With The Flow, and see you out there!