What is a Silent Float? 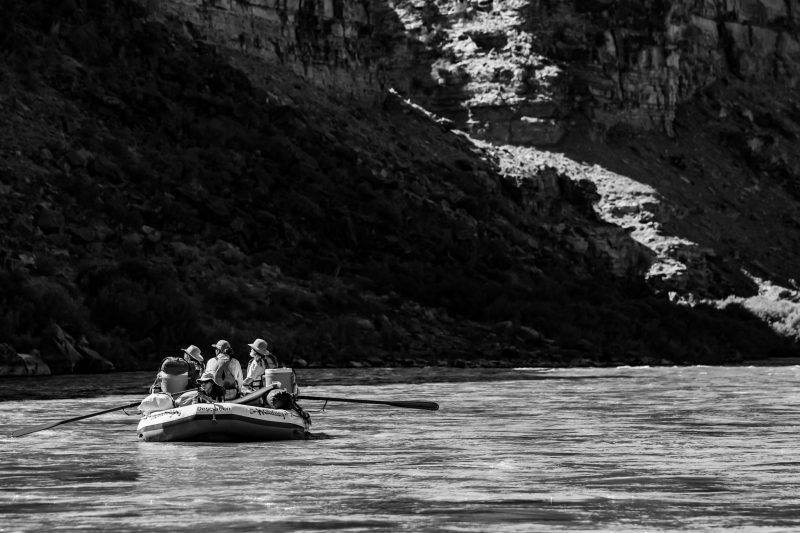 The Power of the Silent Float 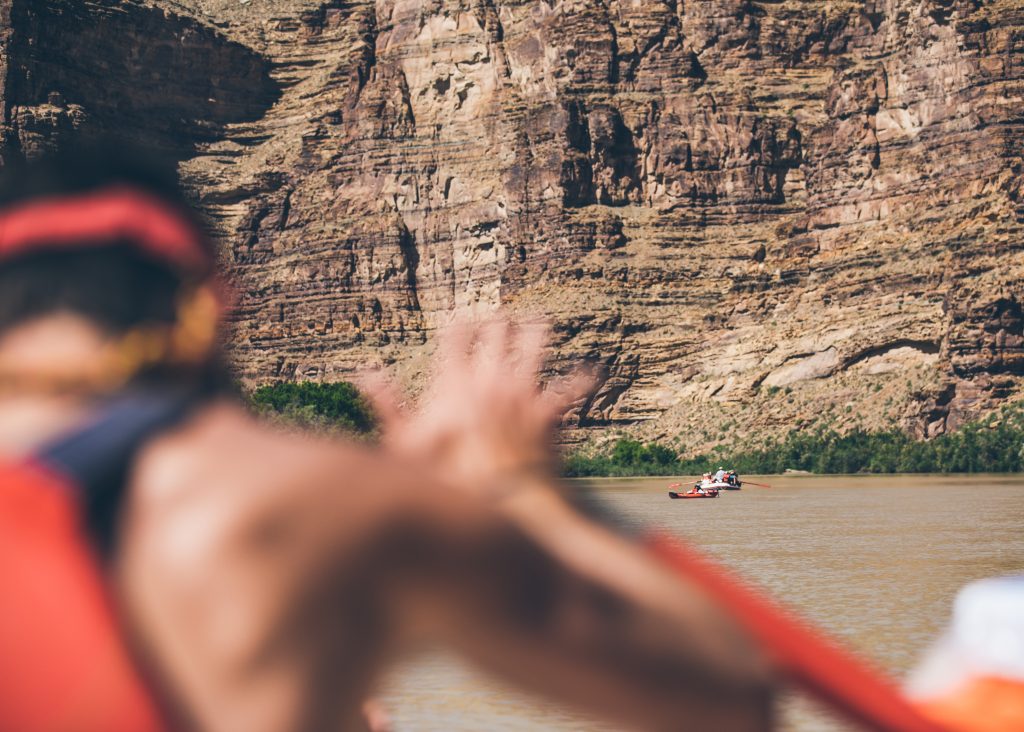 Noise. Take a moment, right now, wherever you are, to listen to the world around you. What do you hear? Maybe you have music playing, or maybe you can hear the faint moan of your computer fan. Perhaps there’s construction rattling on across the street. Likely, if you are anywhere near civilization, you can hear an automobile revving its engine in the distance.

This sonic bombardment is constant, but we become so accustomed to it that we hardly notice its effects on us. This is one reason why at Holiday we started the tradition of the Silent Float decades ago.

To help our guests transition from their overwhelming world of cars and phones to a wild world of rivers and cliffs, we like to take a moment to reset. So, for the first mile or so of our journey, we ask people to be as quiet as possible. It only takes a few minutes of quiet to begin hearing the wind and the current, to feel your face slacken and your mind declutter. By the time the Silent Float is over, it really feels like we are in a new world.

While our Silent Float has its roots in our river-running culture, there’s also plenty of science to back up the benefits of a little bit of peace and quiet.

The Damages of Noise Pollution 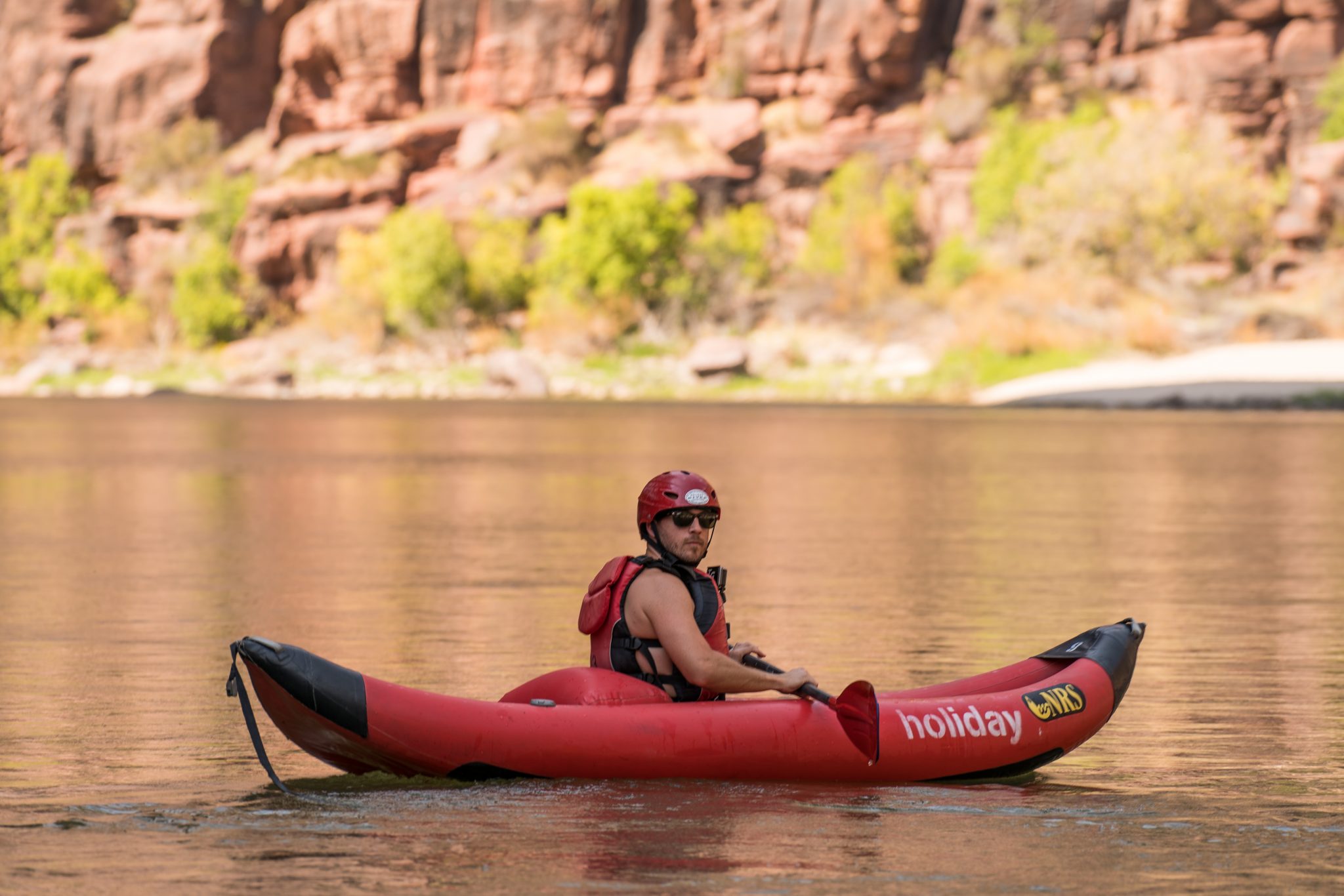 All of the loud noises that plague us throughout our days and nights are more than just an annoyance. In fact, this noise could kill us if we aren’t careful.

The Australian Academy of Science notes that, “exposure to prolonged or excessive noise has been shown to cause a range of health problems ranging from stress, poor concentration, productivity losses in the workplace, and communication difficulties and fatigue from lack of sleep, to more serious issues such as cardiovascular disease, cognitive impairment, tinnitus and hearing loss.”

But you probably don’t need any scientist to tell you that noise is not good for your health. If you’ve ever gone on a road trip with children, you know that constant chatting, arguing, and complaining can wear you down. If you’ve ever tried to write a report for work while the TV is blaring, then you know that background noise can hurt your creativity. So, why is it that we are so accepting of all this noise?

The problem of noise in our lives has gotten so bad that it’s now considered a form of “pollution,” not unlike the particulate matter that floats around in our air or the toxic chemicals that are leached in our groundwater. As the authors of a 2011 World Health Organization report state, “while other forms of pollution are decreasing, noise pollution is increasing.”

Like all pollutants, we end up accepting noise pollution gradually over time. If you were to throw someone from one thousand, or even one hundred, years ago into our modern world, they would be shocked by the racket we put up with.

The good news is that there are some things we can do to fight back against noise pollution.

The Health Benefits of Silence 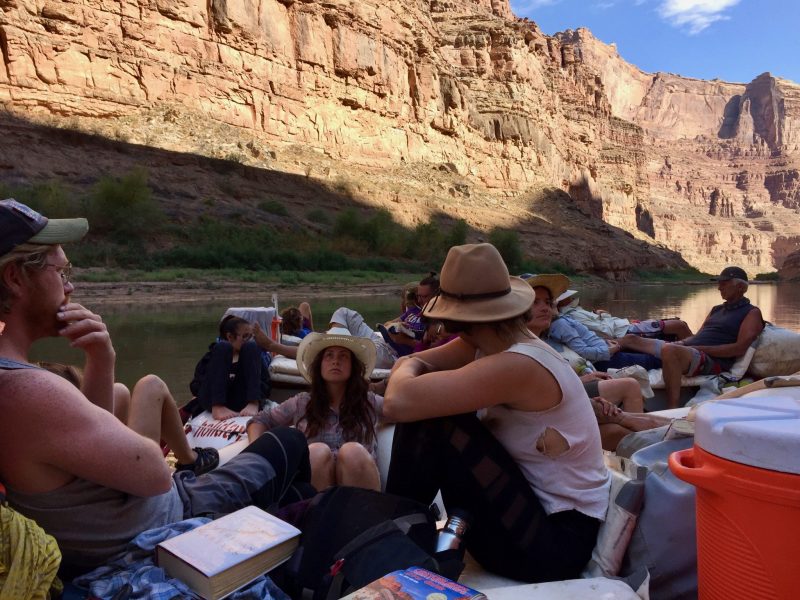 Much like noise pollution can harm our health, silence can actually boost our wellbeing. There is evidence that having regular experiences of quiet can help lower blood pressure, boost the immune system, benefit brain chemistry, regulate human hormones, and even prevent plaque from forming in arteries.

Besides these physiological effects, there are a myriad of more obvious psychological benefits to finding silence. Silence boosts creativity, decreases stress, and leads to all kinds of new, even spiritual experiences.

When our guests stop speaking to each other about the small inconveniences of their travel, the work they are leaving behind, and the excitement of the journey to come, they tend to give themselves up to their senses, rather than their intellects. Their breathing slows, their shoulders loosen, and they start to smell the sagebrush and ponderosa pine. When the talking does start up again, it tends to be of a different kind. The conversations flow more slowly, and people don’t yell over each other as much. Silence can be a teacher like that, if we can just learn how to listen. 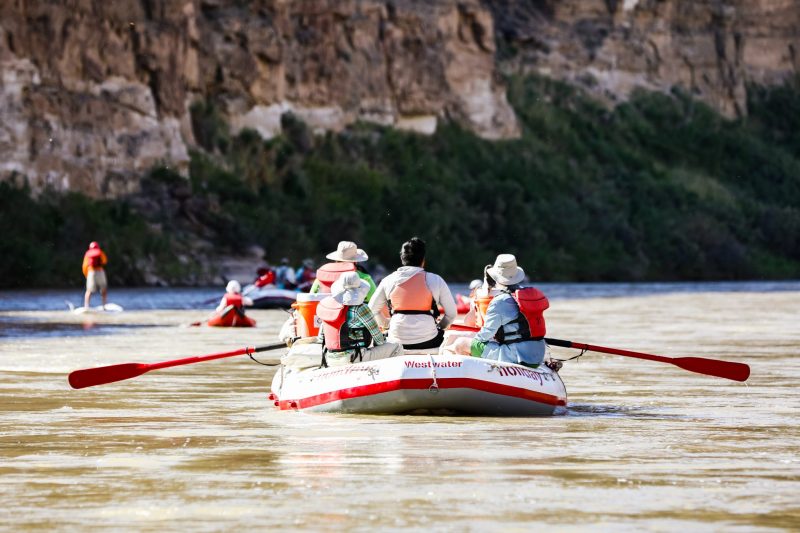 Gordon Hempton is an ecologist who has studied for 35 years in one of the ‘quietest’ (without human noise pollution) places in the world, the Hoh Rainforest in Olympic National Park. A recent project of his is featured in Emergence Magazine. It includes a 360-degree video showing the rainforest, with a voice-over from Hempton. The project is called Sanctuaries of Silence.

In this video, Hempton explains how he first learned ‘true listening’. He was on a road trip, and he stopped along the way to get some rest. Hempton says, “as I laid on the ground I watched the storm develop. I remember hearing the thunder define the far reaches of the valley as the storm passed over me, drenching me. This was the first time I had experienced true listening. I guess you could say that was my baptism.”

It’s just a little taste of this same ‘true’ listening that our guests get during the silent float, but they carry that experience on with them for the rest of the trip, and even into their daily lives. While we may not all be able to get away from the noise pollution that surrounds us, we can still get a taste of the serenity that we find in silence through careful, intentional listening.

Take a deep breath, close your eyes, and imagine that you are floating down a river between two red-rock cliffs. What can you hear? Maybe there’s chatter coming from the other room, a jackhammer in the distance, a siren blaring. But, perhaps there’s also a bird chirping, a breeze blowing through the trees, or a trickle of water from a fountain. Maybe there’s an internal silence that you can tap into any time, anywhere, that can be your constant teacher.