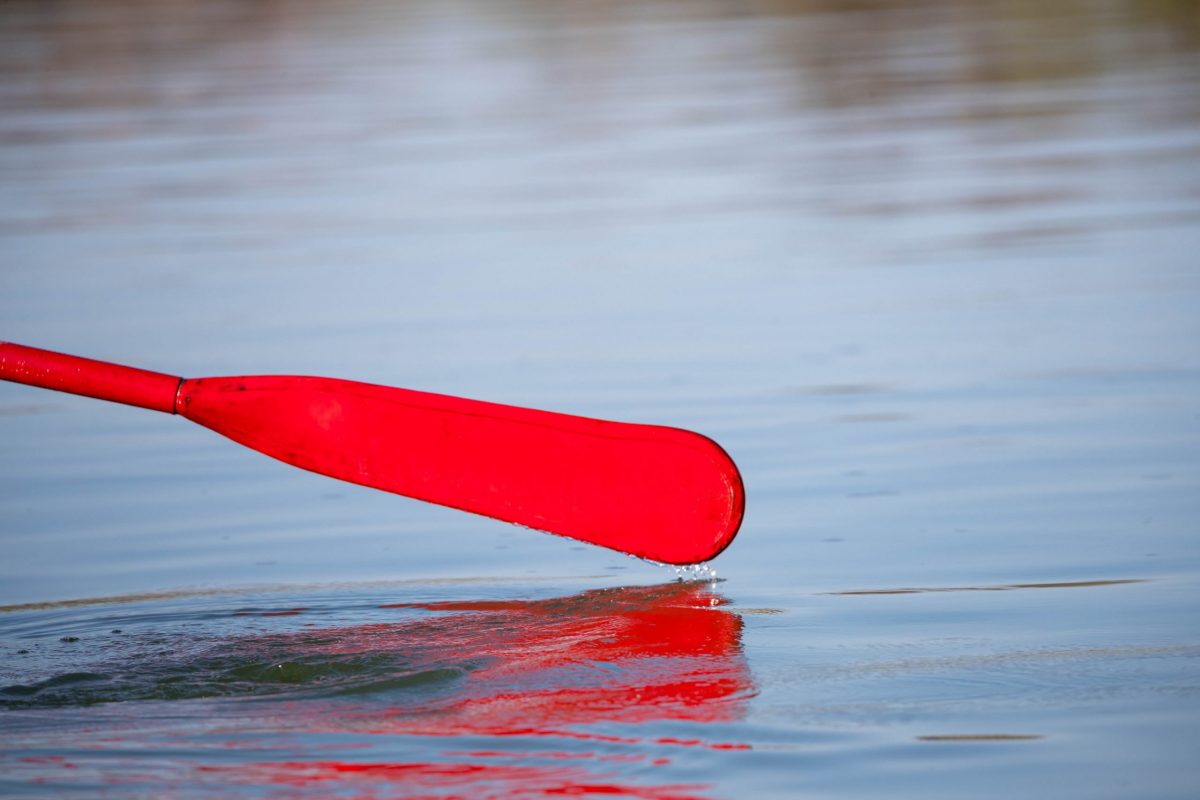 The last in a four-part series on water law and allocation in the Colorado River Basin. 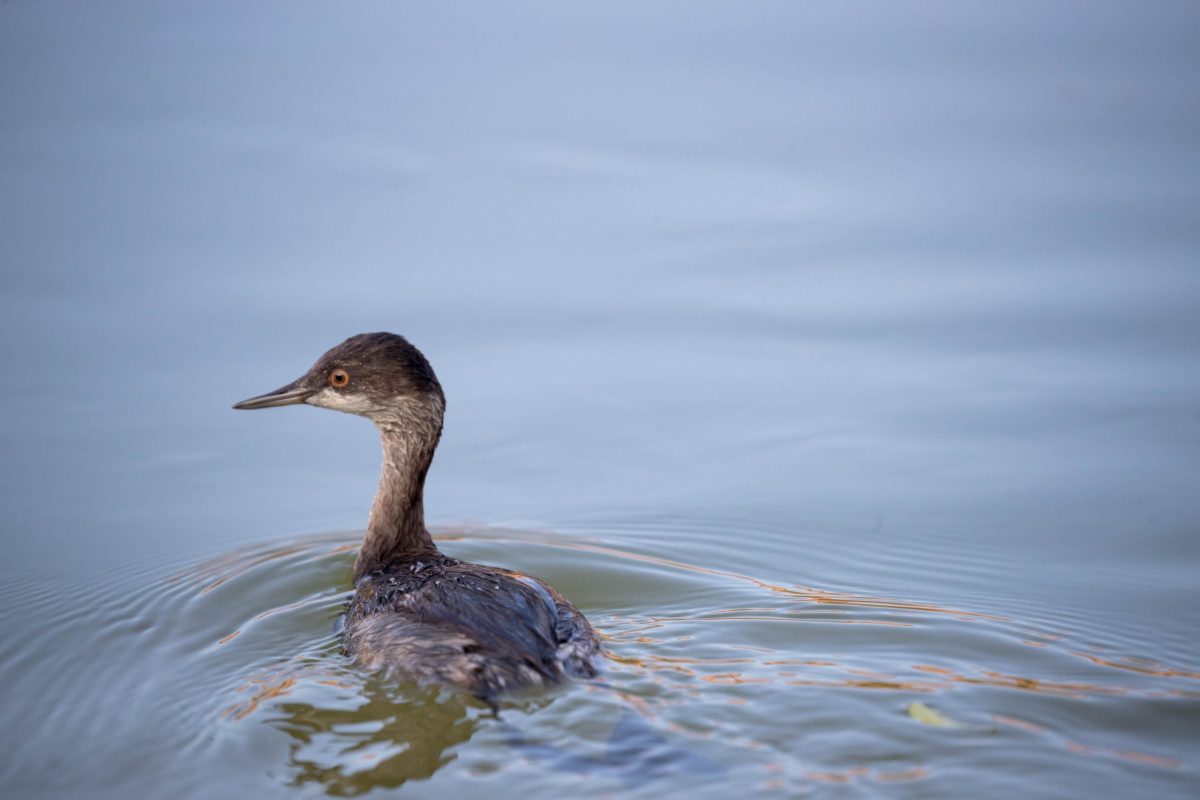 I’m recalling a water meeting I went to a few years ago – one where water managers, fish biologists, irrigators, and boaters all get in the same room and discuss their various water needs and experiences in a given season. This particular meeting was in Dolores, Colorado regarding the 2017 season of the Dolores River. As with most rivers in the Colorado River Basin, a dam controls how much water goes downstream, so humans and water rights determine where each drop ends up.

As water managers from the local water conservation district and the federal Bureau of Reclamation displayed graphs of inflows and outflows and provided their rationale behind decisions of timing and magnitude of water being released from the dam, attendees listened intently. Each member of the audience places a great value on water from this meager river; their grandfather grew up irrigating forage hay with this water; a boater relishes each spring day spent floating the silty brown water; and the store owner who benefits from recreators purchasing beer and sandwiches.

Almost all of the water rights from the Dolores River are used in the adjacent watershed and delivered via canals from the reservoir. This means only the bare minimum of water to keep fish alive, and water that exceeds reservoir capacity is released downstream. Given that it is impossible to know exactly how much water will flow into the reservoir from the mountains, it is a tricky business maintaining water flowing into the canals, downstream, and keeping the reservoir full.

At the very end of the 2017 season, water managers kept releasing enough water for an extra day, so boaters wouldn’t be stranded, and the reservoir ended the 2017 water year full. Yet, during this meeting a man stood up and declared: “by releasing water that day, you wasted it! That was OUR water!”

I found this statement confounding. Irrigators all received full allotments, and water simply in a river certainly isn’t wasted? But the prior appropriation doctrine prioritizes agriculture and domestic needs as being beneficial, effectively deeming water not used by humans as wasteful within western culture.

Over the past 30 years water in rivers has been interpreted as beneficial within the prior appropriation doctrine – though the designation is still fairly rare and struggles to change the western water use status-quo. These water rights are referred to as “instream flow rights,” in most western states. In Colorado, “Recreational In-Channel Diversions” also permit water rights to be used for river segments with engineered structures for whitewater recreation. Further mechanisms to keep water in rivers are market-based environmental water transfers, and fascinating new “legal personhood” rights previously only attributed to humans and corporations. 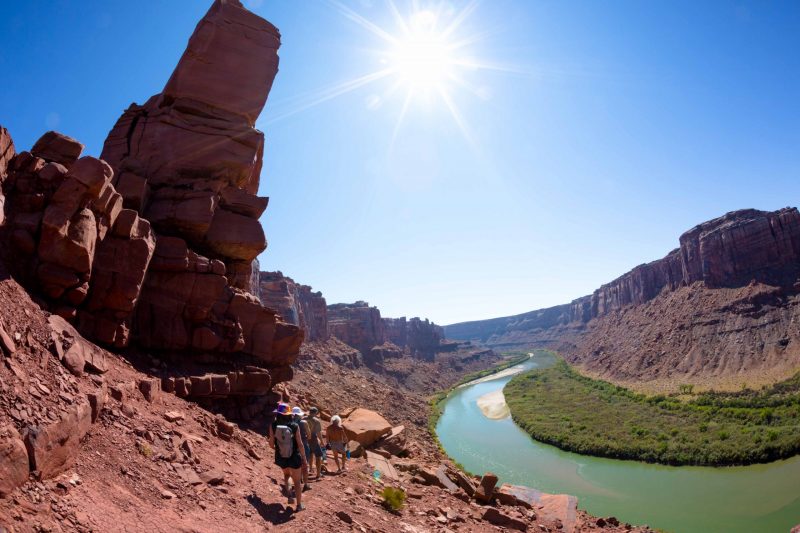 Instream water rights legally permit un-allocated water to flow in a river. Each prior appropriation-adhering state administers these rights somewhat differently, but all states have adopted some form of environmental water right. For example, in Colorado the Colorado Water Conservation Board is the only entity allowed to hold instream flow rights, but in Arizona, the rights can be applied for by landowners (private, state, or federal) adjacent to a segment of a river.

Recall the “first in time, first in right” tenant of prior appropriation – whoever was first to use water for a specific purpose can keep using it, and anyone who came after may not be able to use any at all. The problem with lumping instream flows with consumptive rights is that they have only become legal in the past 30 years, and therefore any adjudicated rights are very junior. This means in dry years when river ecosystems really need water, the right may be unable to be administered in full – or at all.

Furthermore, instream flows are challenging to enforce. It’s easy to measure how much water goes through headgates on smaller ditches, but tracking the volume of water in a river requires a gage directly in the segment where the instream flow is designated. Unfortunately, gages are expensive and are a victim of budget cuts, which compromises critical flow data.

In 2001, Colorado adopted a special kind of water right for river sports. Specifically, the right centers on whitewater parks that are engineered in a river channel explicitly for kayakers and other recreational activities. RICDs differ from instream flows in that they require a diversion or physical structure in order to be considered a valid right.

17 communities have decreed RICDs in Colorado, and one is currently pending in Glenwood Springs. The criteria within each requires a structure, water source, flow volume, reach and location, and time frame (e.g., April 1-September 30.) Colorado Water Conservation Board (CWCB), states that RICDs have the potential to limit upstream options and reduce flexibility that the state has to manage water resources.

Since recreational activities along streams and rivers contribute billions of dollars each year to local economies, it makes economic sense to protect flows in specific reaches. Another secondary benefit is of course environmental needs – more water in a river is better for fish, birds, and other ecological functions. Furthermore, it allows communities to become connected to rivers without having to travel beyond city lines in many cases. 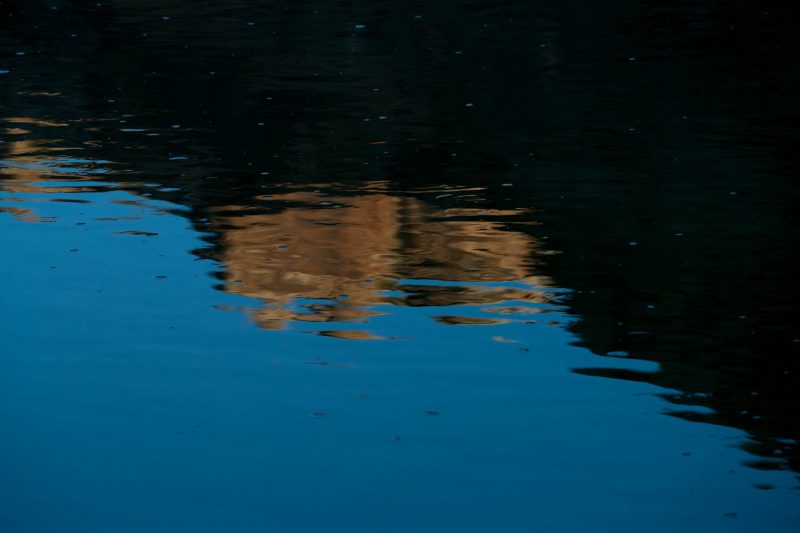 As another way to obtain instream flows, environmental water right transfers are the mechanism in which existing water rights can be transferred into an instream flow right. In order to make a real difference for many Western rivers, obtaining a more senior appropriation date is necessary to make a positive ecological impact. Good ole’ market-based strategies are currently used in some cases, and will likely continue.

Again, each state has unique processes of approving environmental water transfers. It is important to realize, however, that even if a law or policy is in place, the administrative capacity of a state or state agency may not be modeled to actually implement a water transfer. Further, the presence of a non-profit water trust or other entities is also helpful to facilitate and coordinate transfers.

Water transfers can either be temporary or permanent and include an entire water right or just a portion of one. Some states, like Oregon, have streamlined processes that make it easy to transfer water to an environmental purpose without losing the water right. Stanford’s Water in the West program has developed an environmental transfers scorecard for states in the Colorado River Basin that succinctly addresses factors that affect successful environmental water transfers that is worth reading.

While providing as a mechanism for keeping water in rivers, monetizing water is certainly concerning. Water markets may be a piece of the puzzle or a short-term tool, but if left entirely unregulated consequences could be severe. In Arizona for example, private companies have been buying up water and land with robust water rights with the intention to sell them to farmers and municipalities when the time comes – small farmers and other landowners have already seen the negative impacts of groundwater depletion by these greedy companies.

One recent legal mechanism to protect rivers is by giving them the legal rights of a person. Lacking much legal precedent, it is challenging to predict what impact this ruling may have – though certainly intriguing and has the potential to be community-based. In September, the Yurok Tribe declared the rights of a person to the Klamath River. “Rights of personhood” means, most simply, that an individual or entity has rights, and they’re now being extended to nonhumans.

Internationally, New Zealand has given personhood rights to the Whanganui River, the Ojibwi adopted the rights of the manoomin wild rice, and perhaps most surprisingly Lake Erie was granted personhood rights, though it is currently being challenged in court. Overall, allowing the environment to be considered a living entity reflects the values of communities, and provides protection during shifting tides of climate change. 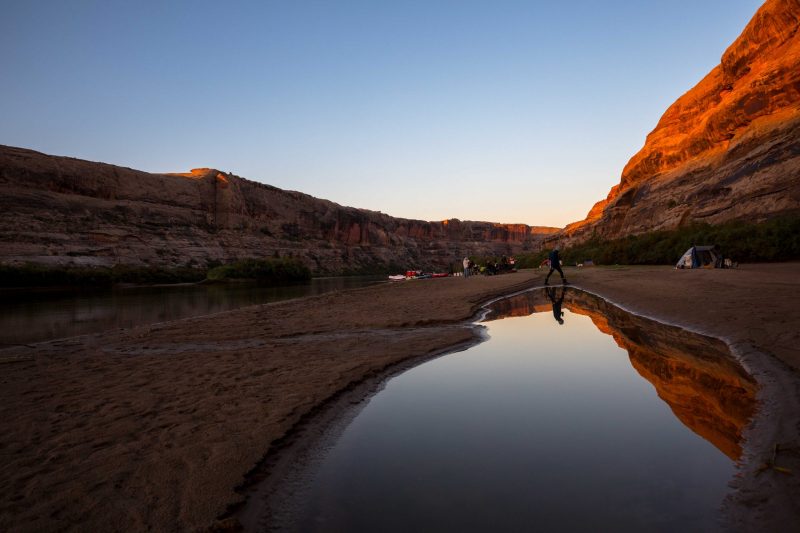 Rivers are dynamic – rain or snow contributions make levels rise, and drought and water diversions reduce flows. Think of rivers as living – dynamic, always changing. One specific flow isn’t what makes a river whole – just as one personality trait does not characterize a person.

Translating ever-changing flows into a single water right isn’t easy, and without much exception, most instream water rights are in place for specific segments and specific times of year at a single flow volume. Science doesn’t generally translate to policy, so one challenge for the future will be to ensure living rivers are given rights on a larger scale that can begin to recognize the immense value of the river’s natural flows.

One thing is certain, as climate change continues to create uncertain and dire conditions for the world, allowing rivers to function naturally will help maintain natural genetic biodiversity that still exists – and all life to persist on this planet.