Water is Stronger than Rock: Erosion in the American West 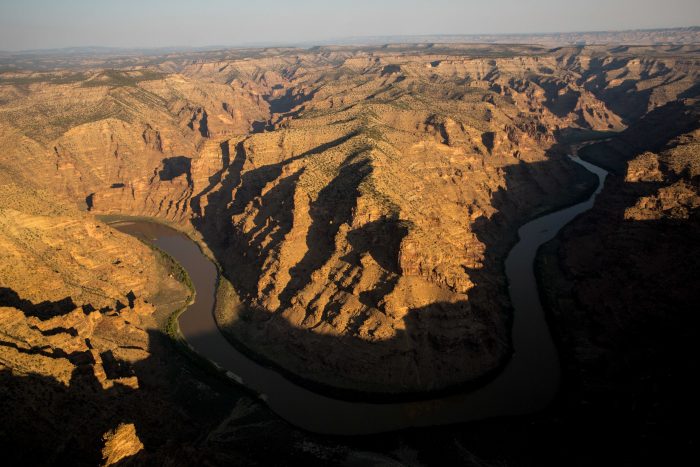 Rock Is Strong But Water Is Stronger 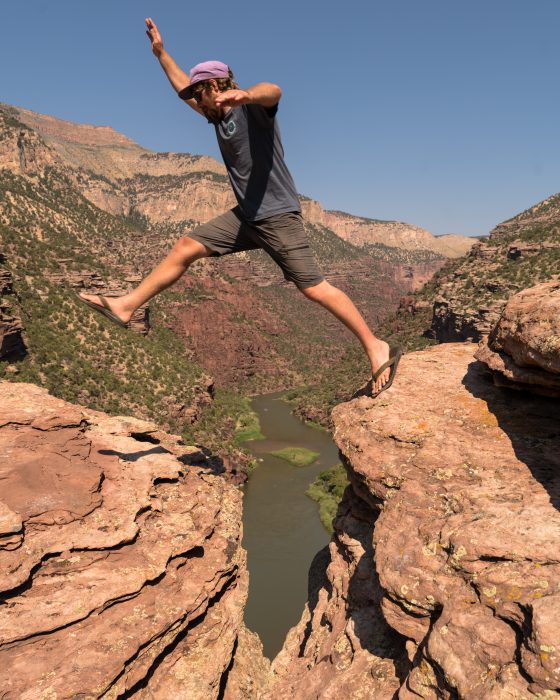 “Rock is strong. But water is stronger.” That’s something that Rebecca Solnit once said to a small group of friends along the banks of the Colorado River with Holiday River Expeditions. Solnit was doing what she does best: distilling one of the core truths in the natural world into an inspiring, poetic metaphor that could be applied to all kinds of situations.

In this particular case, the metaphor was for a birthday song honoring our favorite river-runner, Lauren Wood. But Solnit could have easily been referring to the power of social movements, how with enough volume and time they can wear away at the bedrock of social convention and the craggy cliffs of the repressive state. She could have been talking about the thriving wildlife in Chernobyl and how life finds a way to persist even when we throw our heaviest boulders in its path.

Or, Solnit could have just been referring to the incredible, literal phenomenon of erosion; the way that water tears apart mountains and carves out canyons. When you look at the path of the Colorado River it’s incredible, but also obvious, to see how its waters have pushed through all of those beautiful layers of rock to form its many canyons.

But there’s also a more subtle, and chilling, way that water has helped to form the Colorado River’s pathway.

The Aluminum Can Experiment 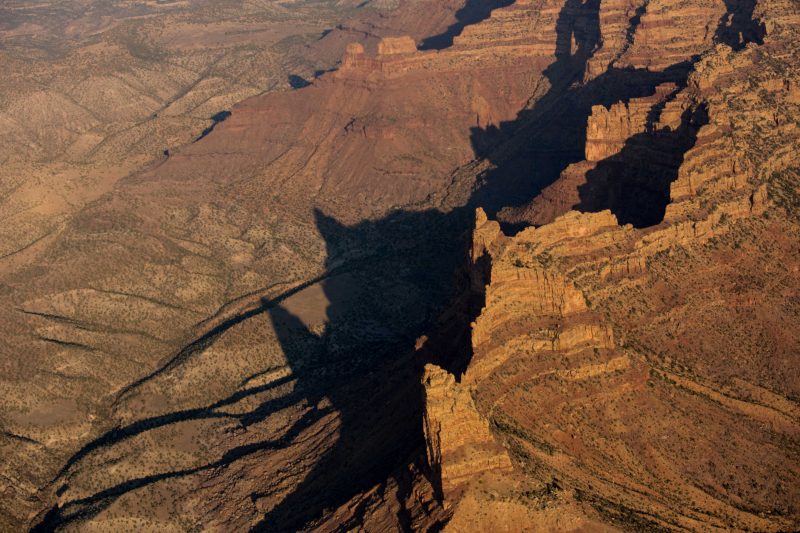 Have you ever thrown a warm La Croix into the freezer to chill on a hot summer’s day? Have you ever forgotten then to take said La Croix out of the freezer? If so, you’ll know well how powerful H2O molecules can be when they expand.

I know the science may seem basic for some of you, but for me, who flunked all of my high school science classes, a refresher is helpful. This is from Sciencing.com: “As the water gets colder, its molecules slow down and arrange themselves such that gaps exist between groups of molecules. As they get colder, the molecules form hexagonal patterns that eventually become snowflakes and related crystals.”

These gaps between the water molecules make the substance expand, which is why your aluminum La Croix can exploded in the freezer. But freezing water can do more than burst a thin soda can. As Sciencing.com explains, “the pressure exerted by freezing water is as high as 40,000 psi at minus 7.6 degrees Fahrenheit.” 40,000 psi is enough pressure to destroy an iron container, or a rocky cliff. 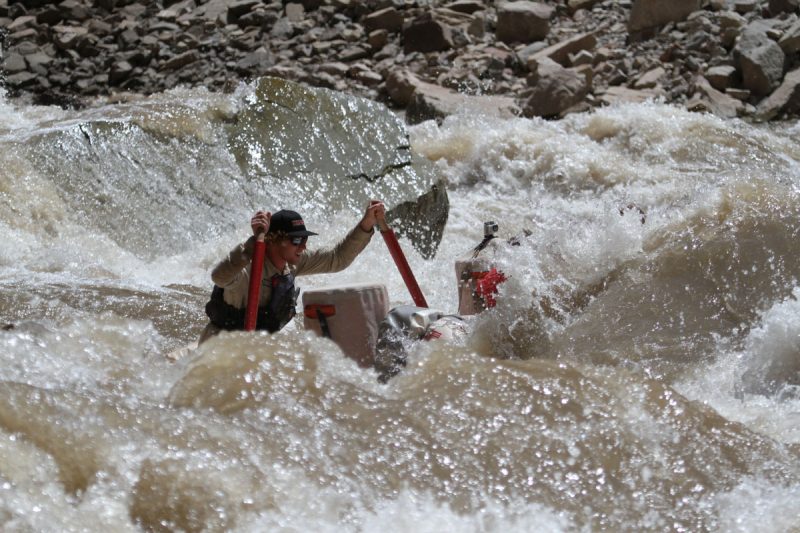 Any jaunt down the Colorado River will put you face-to-face with piles of enormous boulders. Sometimes these boulders are even plopped right in the middle of the river, creating spectacular and terrifying rapids and obstacles. You don’t have to be a geologist to realize that these boulders have fallen from the rocky cliffs on either side of the river. But what exactly makes rock that’s been sitting at the edge of a cliff for tens of thousands of years suddenly release its grip and fall?

While wind and liquid water does much of the work of eroding away our red rock canyons, it takes something even more powerful to crack these cliffs into pieces: ice. The sandstone, shale, and limestone that makes up much of the rock around the Colorado River is not perfectly solid. There are many tiny (and sometimes not so tiny) cracks throughout the layers of rock that are caused by wet-dry cycles and seismic activity. It’s in these cracks that the ice works its destructive magic.

The desert is not just a place of heat. It’s also a place of extreme cold. For instance, the forecast for Moab, UT tonight (January 2nd, 2019) is 7 degrees fahrenheit! So, when water seeps into the cracks in the rocks around the Colorado River’s canyons, it freezes on these blustery winter nights. Then, caboom! It’s your La Croix can all over again. But this time it has sent a twenty ton hunk of rock down to the river a hundred feet below.

The Power of Changing States 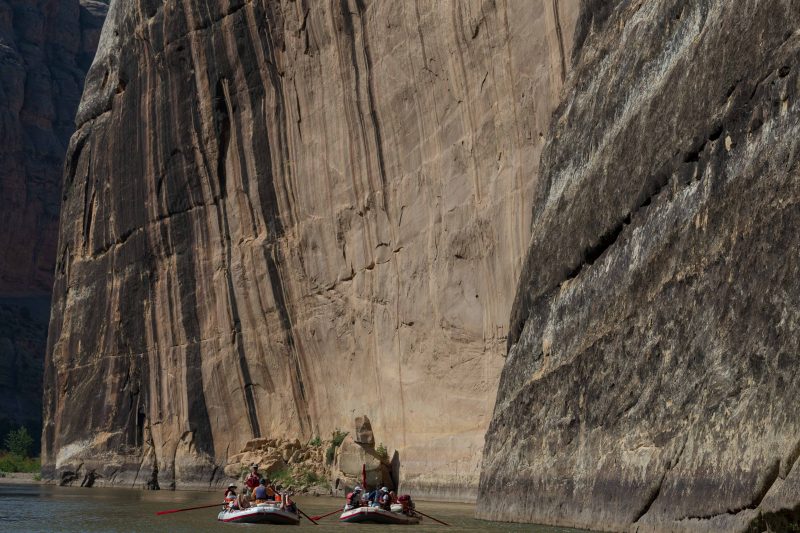 As our winter festivities finish up the dreary, numbing cold of winter can really set it. Everything must adapt: animals migrate and hibernate, perennial plants retreat to the ground, and even water changes state to cope with the cold. What will you do?

It can be a helpful reminder that seasonal changes are also opportunities for personal change. While we might prefer to bask under the sun in our liquid form, there is power in changing to ice. We can crack open the containers that have been put around us, and even alter the very landscape we live in.