Was that you doing the rain dance last month? 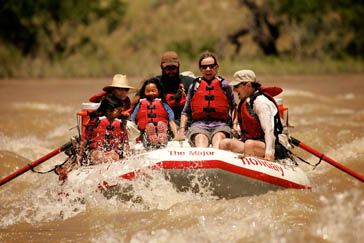 When Snowpack Goes with the Flow 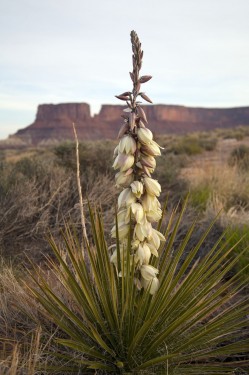 Flowers weren’t the only ones cheering on April Showers. River rats, river runners, old and new, and all of Holiday River Expeditions’ returning customers were too. I could hear them. No doubt, the guides (often ski junkies) were eyeing the weather as well and hoping that winter dragged on just a bit longer to ensure healthy water levels, keeping the river rambunctious and happily flowing well into summer.

On April Fool’s day—April 1st— it was a bad joke. Snowpack melt was only around 75% of average. A month later, that jumped to 95%–a cause for a Cinco de Mayo celebration.  Especially since the previous year, at this time, was a lowly 40% of average.

Operations Manager Tim Gaylord, who watches the snowpack and river levels like models watching their weight, agrees that the numbers are very encouraging right now, but keep in mind that some runoff will be held back in reservoirs, to make up for low water levels from last year.

“What we can expect is a strong, typical river-running season with higher water levels early in the season and a steady water flow throughout the rest of the season,” predicts Tim. These higher flows will sweep the beaches clean, creating stellar camping spots. The higher flow will also help propel the raft to maintain a steady clip, opening up more time to explore off-river (hikes) and allow for more downtime at campsites to rest or play on wide open beaches. 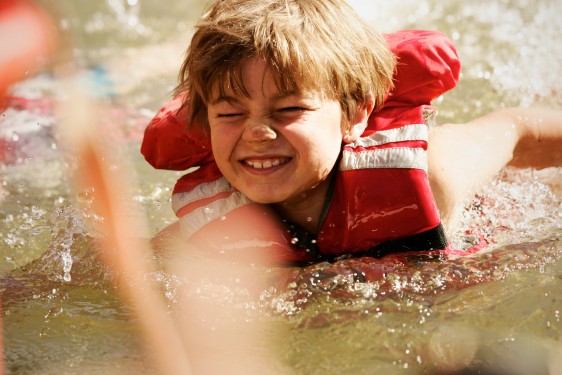 Sleeping on those wide-open beaches or sharing a campfire and a meal under a setting sun are memories that seep back into my life periodically from previous Holiday River Expeditions’ trips. Sometimes memories show up in dreams.

The other night, I heard my youngest yell out while in the midst of a late-night dream,  as I got closer, I’m pretty sure he was in the midst of a water fight on an unnamed river flowing through his dreams. After all, annual river trips with Holiday have become a tradition for our family, and not one has slipped by without a rambunctious water fight between rafts. I suspect as Christmas-day like anticipation increases as we get closer and closer to our next trip— the Main Fork of the Salmon River in Idaho this July— those dreams (aka, “fun-mares”) will be waking up the whole house.