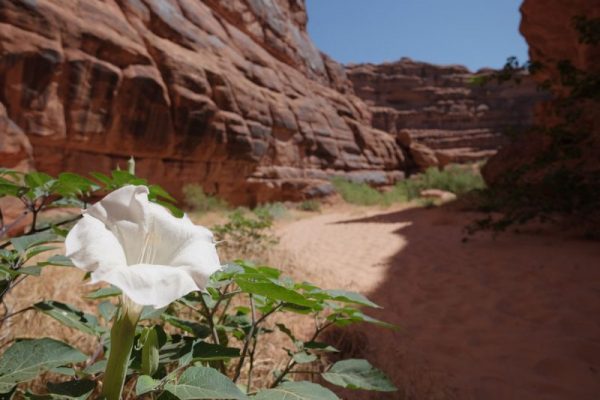 Josie Bassett wears a blue brimmed fisher’s hat and a lighter blue cardigan. She is kneeling down in front of a sandy, brushy hill somewhere in eastern Utah. She doesn’t look very comfortable. I imagine it was hard for her to kneel down like that. She was at least 70 when this picture was taken, but more likely she was in her 80s.

And one other thing: she’s holding an old lever-action rifle that looks like it once belonged to Butch Cassidy.

And maybe it did.

She and her sister Ann Bassett ran with Butch Cassidy and other famous outlaws of the ‘Wild West’ back in the 1890s. This is what they are often remembered for: being wild women, by association. They are known for being two of the five women ever allowed into the infamous outlaw hideout, Robbers Roost. They are known for shacking up and pallin’ around with untamable men like “Black Jack” Ketchum, Elzy Lay, Kid Curry, Will “News” Carver, and Ben Kilpatrick. Josie Bassett spent her days (and nights) with the subjects of folklore and Hollywood movies. But she lived long past that lawless era of train robberies in the Desert West. And she didn’t live in its shadow. 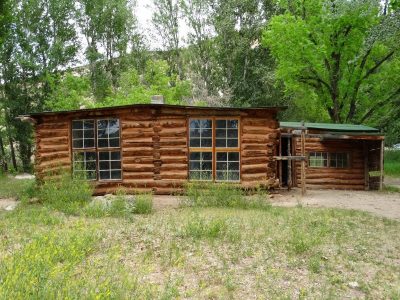 Walking into Josie’s homestead, which is near Cub Creek in what is now Dinosaur National Monument, one can immediately see that she did not live her life by association. The humble (by today’s standards) home is made from orange logs. The remnants of a root cellar and other structures dot the large homesteading property. There is a small pond and trees all around, a strange and welcome landscape amidst the dry, red rock of the region. It’s a small oasis that Josie built and lived in for fifty years, much of that time by herself.

To the casual observer, Josie was a typical homesteader: she had fruit trees and a vegetable garden. She kept cattle and other animals, which she had learned how to handle while growing up on her family ranch. She sewed her own clothes. She bartered with her neighbors (who weren’t that close by, after all). In many ways, she wasn’t all that different from the Mormon pioneers all around her. But in other ways, she was clearly an animal marching to her own drumbeat.

For one, Josie didn’t have any sister-wives. In fact, she had five different husbands, albeit not at the same time. She divorced four of them, apparently running one out of her home with a frying pan (rumors like this dot every single account of Josie that I can find). As for the fifth one, she didn’t get a chance to divorce him before he died. Some say she poisoned him (which we could read as a feminist reclaiming of female independence in a patriarchal and violent frontier, or as a smear campaign against as ‘witchy’ old woman who was too feisty and crone-ish for any man. I prefer the former.).

Another thing that set her apart from her fellow Utahns was her general disregard for the law. During the Great Depression, Josie would hunt deer and other animals to provide meet not just for herself, but also for her starving neighbors. Poaching laws be damned. What’s more, Josie made bootlegged whiskey during the Prohibition Era and sold it to make what little cash she needed. 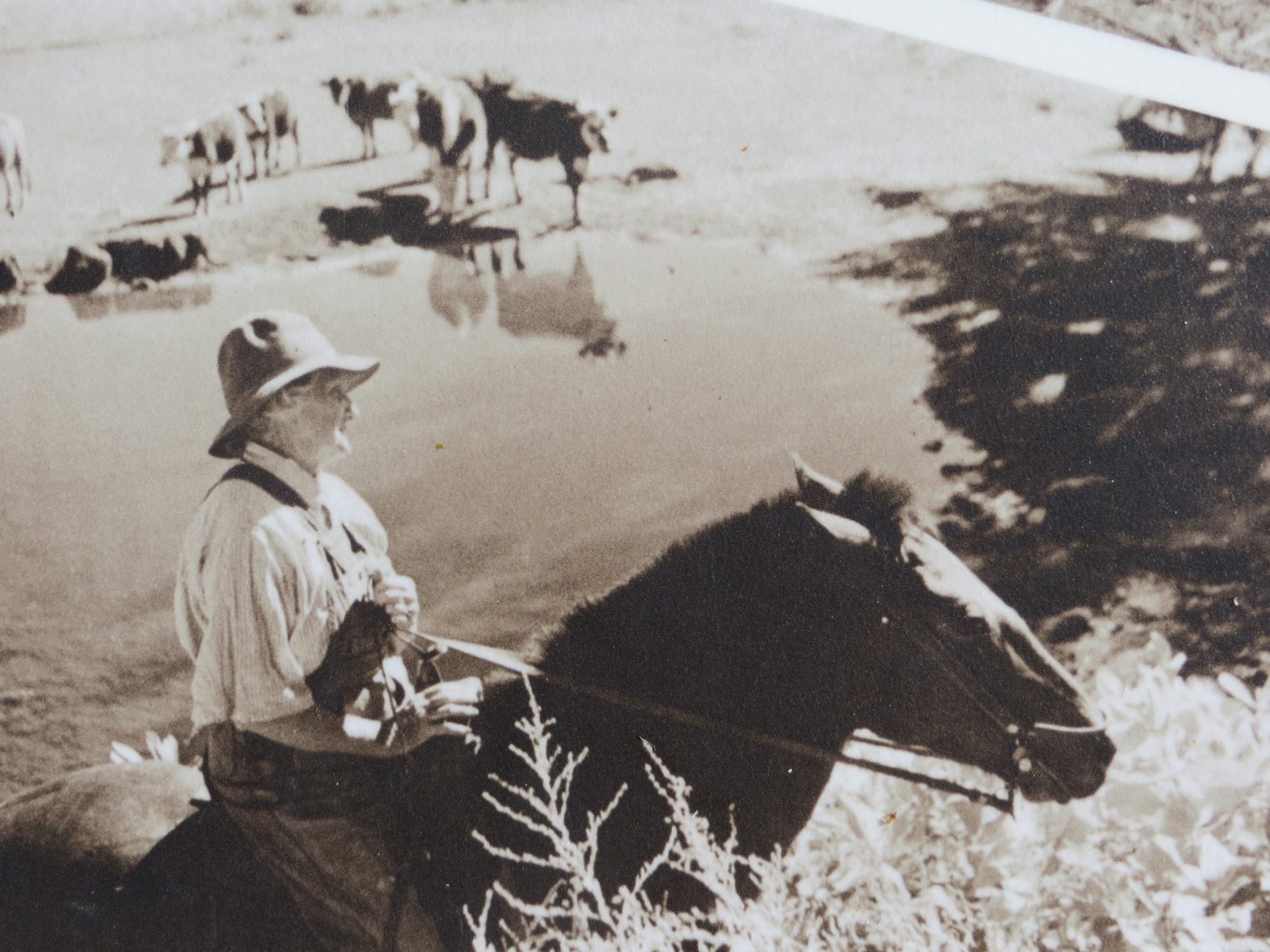 Josie lived on that land in rustic symbiosis until she was forced to move by an accident. In 1963, at 89 years old, Josie fell and broke her hip. She left the homestead and, separated from the land, her only consistent love, she died a few months later.

Near her old cabin in Cub Creek there are amazing petroglyphs left by some (or maybe just one) artists of the Fremont people. They lived in the area from 200 A.D. to about 1300 A.D, according to archeologists. I imagine her sitting by the panels with a cup of her home-brewed coffee on the long, hot summer afternoons, staring at the lizard and human figures. But I haven’t read anything about her interest in, or care for, these amazing art pieces near her home. And I can only find one direct account of Josie interacting with Native American people at all. It says that in her earliest memory, “she remembered playing the sand of Vermilion Creek with Indian children near her own age.” But I wonder how much history has gone unwritten. She must have interacted with nearby Ute tribes.

The so-called ‘Wild West’, with its outlaw cowboys and gritty pioneers, has been glorified and whitewashed in the service of erasing its brutality and its continuing legacy of land theft and destruction of the earth. So, I am skeptical of cowboy stories. But Josie seems to be of a different stripe than many of her contemporaries. The ‘Wild West’ that I want to remember has less to do with gunfights and more to do with a woman who chooses to live in a secluded canyon off the land into her 80s, who shares meat with her neighbors in hard times, and who chases away unwanted husbands with a frying pan (or maybe some poison).

**** Incidentally Dinosaur National Monument is hosting a special Open House at Josie’s Cabin the weekend of June 16 &17th! If you’re in the area or just getting off a Holiday Yampa or Lodore trip, stop by!