Until Next Spring: End of Season Clean Up 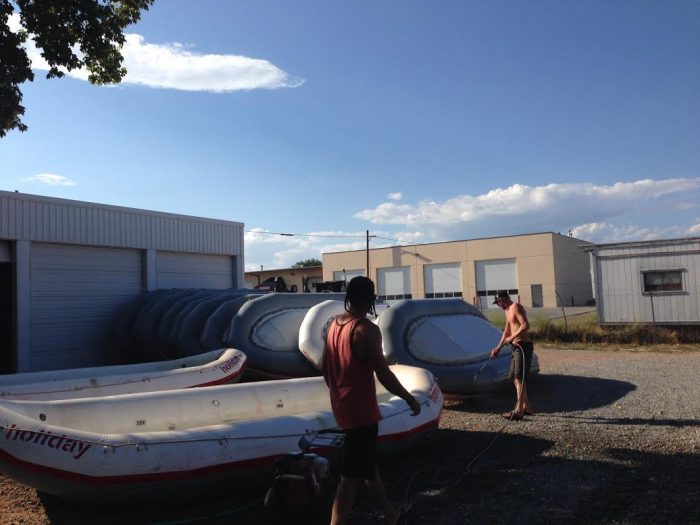 Nothing symbolizes the end of an era like cleaning, organizing, and stocking away the tools of a trade. The cowgirl putting her saddle away for the winter, the blacksmith hanging up their hammer. As much as turning off the computer at the end of the day can feel relieving to an office worker, that transition doesn’t compare to the significance of wiping the grease from a set of wrenches and placing them carefully back into that holy toolbox. Hands get toughened, shaped even by their constant interaction with these tools, and there is really nothing like that final, gentle touch as the tool is placed away for later use. After hours, days, months of hard work, a final caress until next spring. 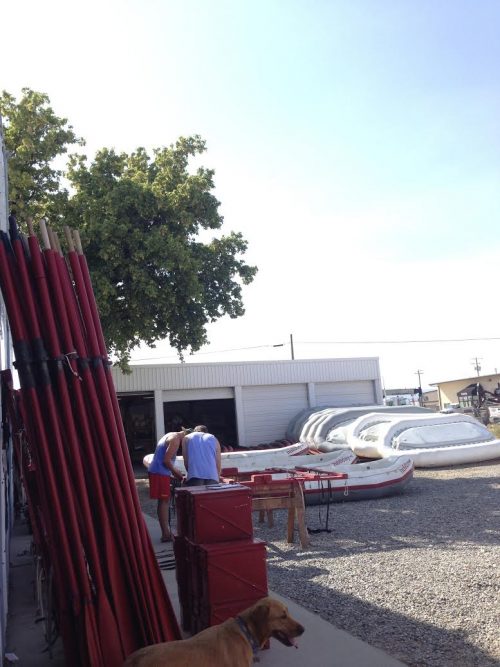 So is the feeling at Holiday these days, as guides say their bitter sweet goodbyes to their boats. The boats that took them and so many others down Deso canyon. The boats that rocked and rolled, bumped and whirled, but never died. The guides must de-rig the frames, organize the straps, clean the rubber rafts in every private little nook and cranny. It’s an intimate affair. When running the river the boat becomes an extension of a guide’s body, a limb that senses every change in speed and course. How does one say goodbye to a part of their body?

But it’s only for seven months, the guides tell themselves. Only seven months until next season. And in the meantime they will be off on other adventures. Shredding the slopes, heading south to climb warmer rocks, maybe even just huddling up with some tea and Netflix. Seven months, they say with a sigh. But it’s clear that some of them don’t believe it.

Because seven months is a long time, and life pulls us all in different, sometimes unexpected directions. Some already know that this will be their last season, even if they don’t admit it. In every declaration of ‘next season’ there is also an echo of ‘goodbye’. River guides are wild ones. Responsible, yes, but you can’t pin ‘em down so easily. Some may not be back to get these tools of the trade dirty again. 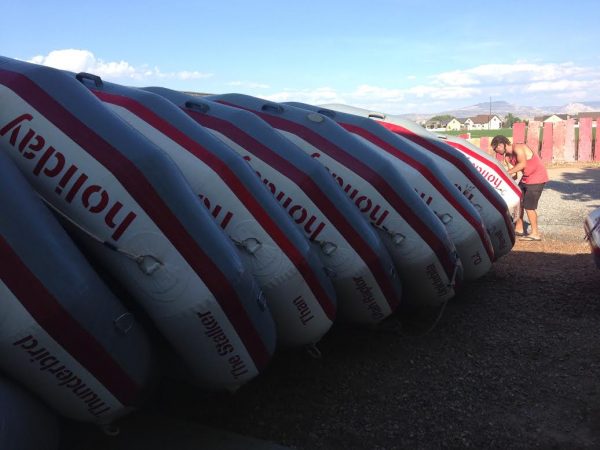 And that’s just how the Holiday family is. Fluid, but not for any lack of love and dedication. As they say: if you love them, let them go. Such a sentiment is never more true than it is with a river family. Rivers pull in water from disparate tributaries, mixing colors, sediments, minerals, fish, insects and a billion unique microbes. They bring it all together in a roar of spunky, wondrous life. And then they dump it all back out into the ocean, that big pond. How could we expect those who run the rivers not to follow them? Of course they will end up in a larger ocean.

For some, that ocean is going back to school. For others, it’s just another river in another state. Some, like the steelhead, will stay in the ocean a few years only to return again to these fertile breeding grounds. We like it this way. Holiday’s goal is not to dam up the river but to let it flow, let it get to where it’s going, even if that’s a few thousand miles away.

No one will leave a season at Holiday without a new outlook on life. One that’s tinged with the possibilities of a thousand side canyons. One that appreciates the fine line between organization and spontaneity that a river runner must toe. No guide will ever hold a hammer or a ski-pole in their hand without remembering, somewhere in their mind or their body, how it felt to hold an oar, to be in control of a boat as it’s charging through rapids. So, even as our guides put away their boats, we know that they take them along with them to wherever it is they are going. We know that we are forever a big, lovely, weird, adventurous family. 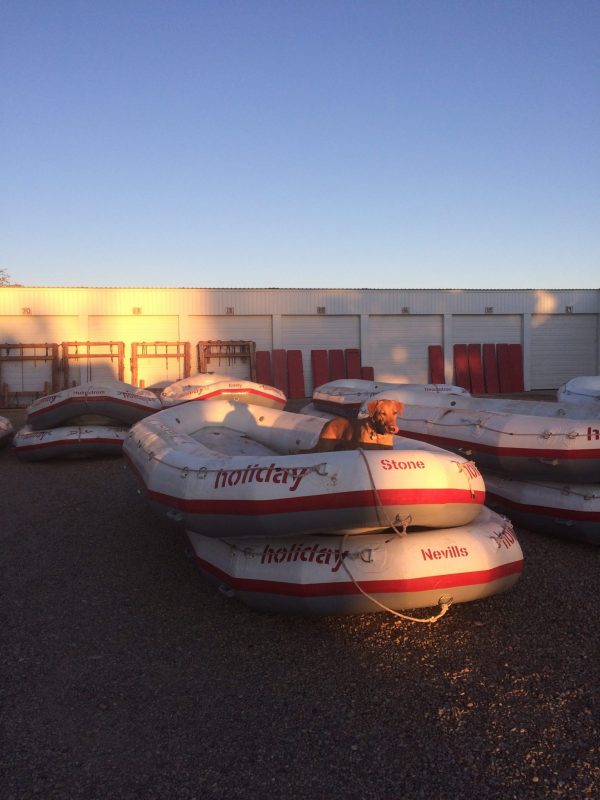