Trees of the Desert: Pinyon vs. Juniper 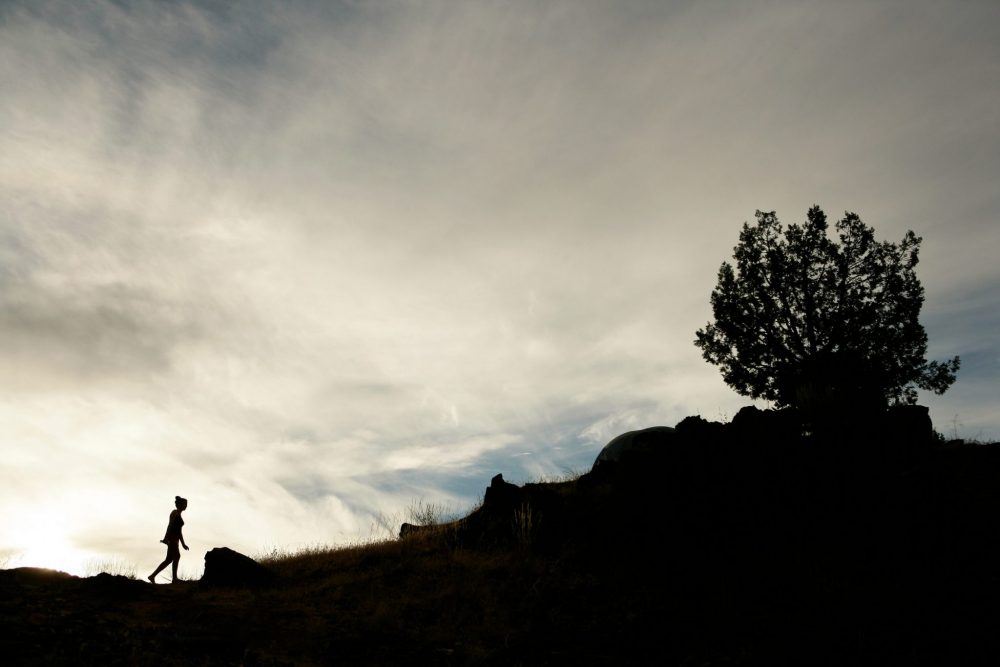 Utah’s deserts are known not for their flora or fauna, but for their rocks. For those wild, red rock arches, canyons, and hoodoos. Do a Google image search for Utah, and most of what you will find are pictures of sandstone with as few plants in the frame as possible. If you were to take the Utah license plate as an example of what Utah looked like, you might think that there is no vegetation at all, that it was as lifeless and orange as the surface of Mars. 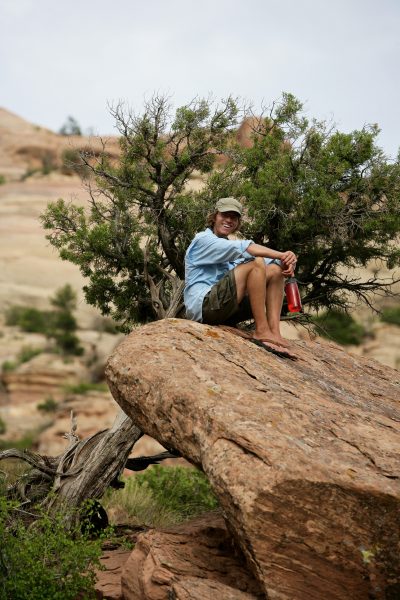 Utah Juniper accompanies our guide Austin on his break

But, when I think of the Utah desert, I don’t immediately think of stately rock pires. I think of vast, stretches of variegated land, cliffs and arroyos, that are dotted with the ubiquitous green of Pinyon and Juniper trees. Pinyon-Juniper Woodlands is the Forest Service’s name for these areas. These forests are so abundant that they cover “up to 15% of the land area in 5 states—Arizona, Colorado, Nevada, New Mexico, and Utah.”


Comparing maps of the geographic distribution of pinyon pines (Pinus edulis) and Utah junipers (Juniperus osteosperma), could lead one to believe that they must be similar species. Floating down the river, it can be hard to tell the riverside junipers and the pinyons apart. They look similar (both evergreens with thin leaves and desert-hearty bark). But these two vital plants in the desert ecosystem are not even in the same family. Pinyons are in the Pinaceae family and junipers are in the Cupressaceae family.

Here’s another difference between the two trees: the pinyon pines offer a vital food resource for humans. It’s the pine nuts. These nuts have been a staple in many diets, including those of the indigenous Diné people. A fascinating discussion of the ‘piñon’ harvest can be found in this article. Or, if you are the hands-on type, you can go harvest them yourself at the wonderful Great Basin National Park. It is even rumored that a handful of pine nuts given to a member of the Donner Party is what saved what few survivors there were. 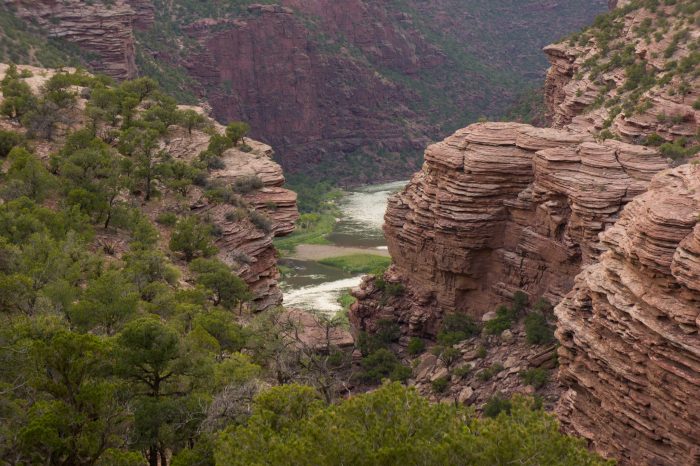 This ‘Desert Landscape’ is peppered with intermingling Pinyon and Juniper

The juniper tree is not so edible (the berry won’t kill you, but it might make you sterile), but not less important to various cultures. Juniper berries are used all over the world to add fragrance and taste to the popular liquor, Gin (next time you run into a juniper tree, take a whiff of the branch and see what it reminds you of). It has also been used by the Diné to treat diabetes, a medicine that Western science is just starting to understand.

While the Utah juniper has a relatively small distribution, other species in the genus can be found everywhere from the arctic tundra to South Africa (and many places between). Juniper plants have been used in Scottish and Gaelic religious ceremonies. Perhaps this ancestral connection is why when a friend recently asked me what kind of plant I would be if I were a plant, I replied without hesitation, “juniper!”

It’s no surprise that both the pinyon and the juniper have become so revered by so many. Both trees can outlast the driest and hottest of summers. They both grow slowly (especially the juniper) and live for hundreds of years. There are specific trees in both species that have hit the millennium mark. They offer a popping, lively green amongst all that red rock, a shady respite for sunburned travelers.

So next time you are up at that famous Delicate Arch, or on the river floating through canyonlands, make sure to look beyond the red rock, at these other majestic inhabitants of the desert ecosystem. Maybe even put a pine nut or two in your pocket for later!