The Ute Lawsuit & Tribal Sovereignty on the Colorado Plateau 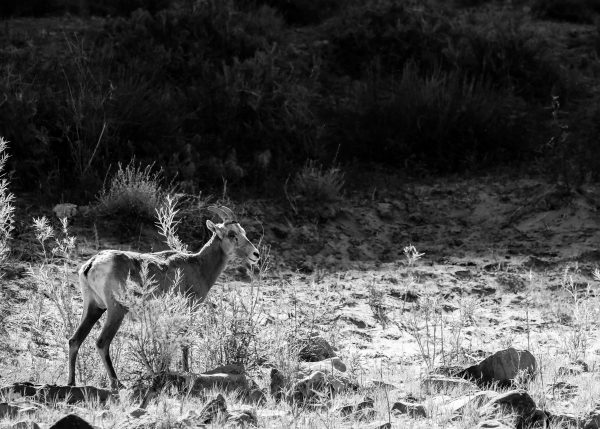 About a year Ago… 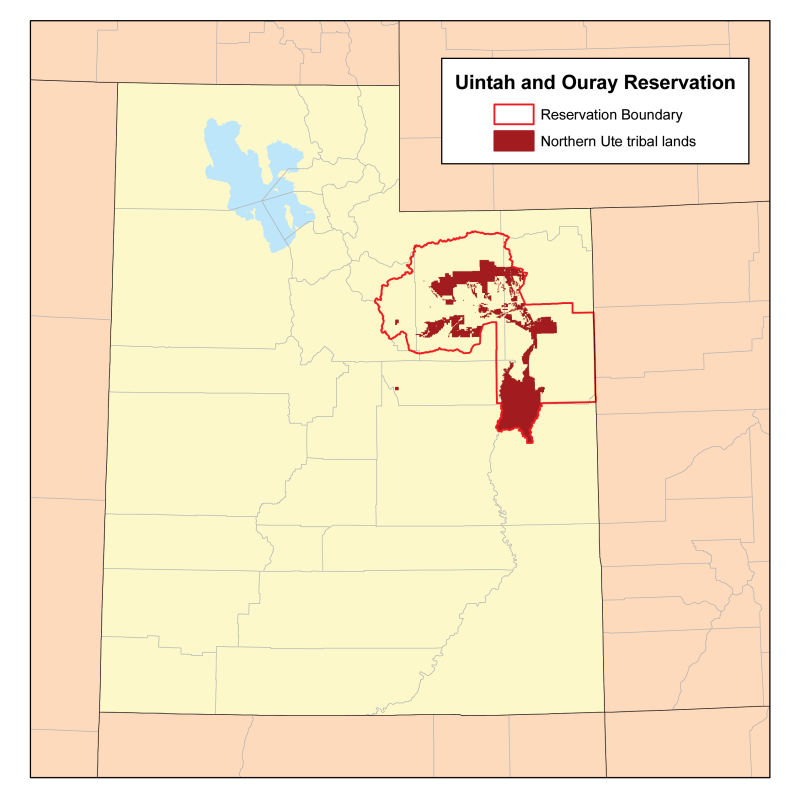 In March of 2018, the Ute Tribe of the Uintah and Ouray Reservation filed a lawsuit against the United States Department of the Interior and the United States Government regarding the title and compensation to the lands and mineral rights of the 1.8 million-acre Uncompahgre Reservation in Utah.

When the United States seized most of the Ute lands in the late 1800s, the Country forcefully moved numerous Ute bands to three reservations in northeastern Utah and southern Colorado. In doing this, the U.S. promised to “permanently protect and preserve the Tribe’s Reservation,” however, the Uncompahgre and White River Bands of the Utes has never been properly compensated from being evicted from their fertile homelands in 1881 in the White River Basin in Colorado and have subsequently been confined to far more arid and unproductive land in the Uintah Basin.

This Used to all be Indigenous lands

For centuries, over thirteen bands of Ute peoples lived freely and traveled throughout the majority of what is now Colorado and Utah, as well as parts of Wyoming, New Mexico, and Texas. Some moved seasonally, and other bands remained in more defined homelands. As Anglo settlers began traveling West, they began claiming land, water, and minerals on Ute territory whom traditionally did not perform ownership of property in the way that Western cultures do by fencing off lands and digging individual irrigation canals. After years of conflict and a series of treaties in the mid-1800s, the myriad of Ute bands was exiled to reservations. Each band of Utes has distinct characteristics and lifestyles, as such, confining dissimilar bands to the same Reservation was a product of colonial genocide and made the Tribes rely far more on the government for basic needs. 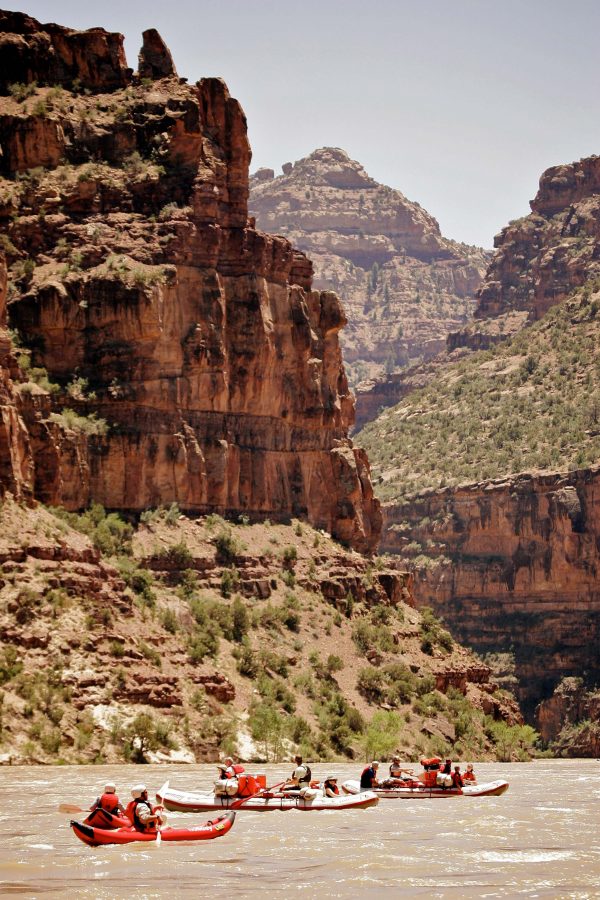 Rafts float by the Uintah Ouray Nation through Desolation Canyon

The Uintah and Ouray Tribe claims the United States Government has been treating the Uncompahgre Reservation, which makes up the northeastern half of the Uintah and Ouray Reservation as if it belongs to them rather than the Uintah and Ouray Ute Tribe. For example, the U.S. has been appropriating resources and revenue generated by the land to the state and private industrial interests without the Tribe’s authorization and has failed to provide compensation. The East Tavaputs Plateau on the Reservation proved to be full of minerals, and the BLM has been leasing these mineral rights without the Tribe’s consent. As such, the potential revenue the Tribe could claim would be upwards of 500 million dollars.

The Ute lawsuit involves federal lands within the Reservation, not Utah State Trust Lands, but despite the explicit distinction between state trust land and federal land, the state of Utah is seeking to intervene in the lawsuit, and claims it impacts Utah. However, the Tribe requests that Utah stay out of the case because it relates to an issue before it received statehood in 1896 and is solely between the Tribe and the United States.

Tribal autonomy and jurisdiction over their own lands is fundamental in allowing communities who have gone through traumatic experiences and cultural genocide to have equal footing. The United States claims the Uncompahgre Reservation has been disestablished, yet no title or tangible evidence supports this claim and further illuminates the disrespectful mismanagement of Tribal lands by the United States. The Tribe’s lawyer stated: “the connection to the land runs much deeper than just economic interests, the taking of homelands is the most devastating act taken against an Indian nation.”

So What Does This Have to do With White Water Rafting?! 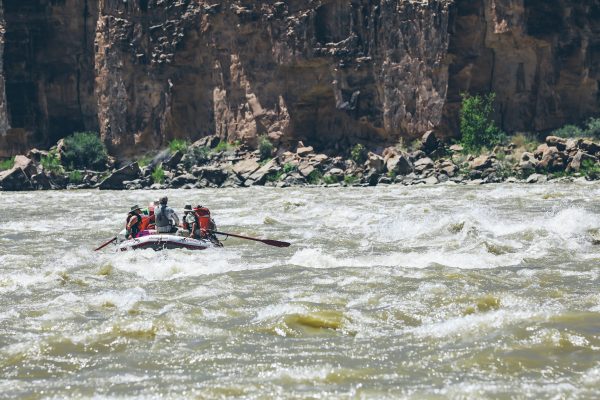 Boaters like us need to be mindful of equity towards Tribes and subsequent issues presented. Many of the areas we recreate in border Tribal lands and all of them sit in historically indigenous territory. It is imperative we respect the wishes of sovereign governments and communicate that respect with other boaters and recreators. A timely example is along Desolation Canyon, where the majority of the left bank borders the Ute Nation. The Tribe recently moved to close their land to rafters because uninformed or disrespectful boaters were camping illegally, collecting ungulate sheds, vandalizing private property, and stealing artifacts. Holiday River Expeditions is happy to work alongside the Ute Tribe and BLM to ensure that the closure is being respected.

It is the responsibility of all people, but especially boaters, to humbly respect the rivers, land, and unique cultures where we have the opportunity to play and failing to do so perpetuates the colonialism and disrespect towards bands of the Ute Tribes who have been plagued with disregard for centuries. If western culture declares private property fundamental to freedom, as the Constitution very clearly establishes, then that freedom has to extend to all people – or the system needs to be changed. Sometimes questioning equity means re-examining the governance system that created it in the first place.