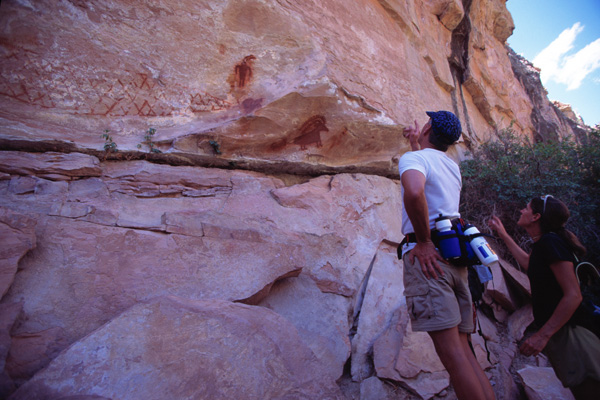 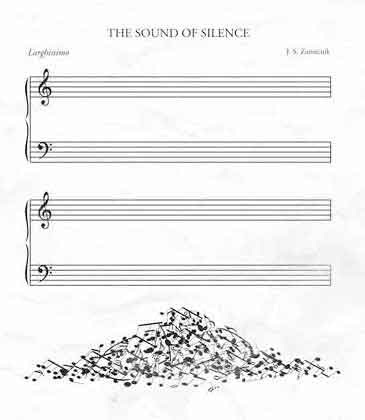 Probably the most important part of a Dinosaur National Monument river trip is not the food, or Fremont art, or impressive rock walls or wildlife.  It is the sound of silence, the absence of noise.

Often lost in the “noise” of other climate change topics, noise pollution is a serious threat to many animals around the globe.  Most of us live in an everyday cacophony of sounds: some low and subtle, others loud and disturbing.  We seem to adjust to noise over time and take it for granted.  Have you ever questioned if noise has an effect upon us?

Most of us know that extremely high noise levels can harm human hearing, as roughly one-quarter of the 40 million Americans diagnosed with hearing loss suffers from noise-induced hearing loss. Dangerous levels start at around 85 decibels, about as loud as sitting inside a bulldozer while it idles. That noise level can cause hearing damage after just eight hours. Music played through headphones at maximum volume plugged into a powerful stereo can reach 100 dB, and thunder from a nearby bolt of lightning can reach 120 db. The amount of time a person spends listening to a sound also plays a role in potential damage, causing issues like Tinnitus.

Housepets are affected by loud sounds.  Think of your dog during a close-by fireworks display.  Some animals have hearing far more superior or sensitive to that in humans, and the proliferation of human-generated noise affects these animals to a far greater degree than people. Owls and bats depend on hearing in order to hunt, and artificial noise disrupts their ability to hunt.

What does this have to do with your visit to Dinosaur National Monument?  We need to start at the bottom.  When complex life first evolved, Earth was predominantly covered by oceans. But for the first few billion years, those oceans were mostly devoid of oxygen.  It wasn’t until phytoplankton, algae-like microorganisms capable of photosynthesis, colonized the ocean and filled it with oxygen that complex life began to evolve some 800 million years ago.  Sometimes referred to as microalgae, phytoplankton are drifting marine plants found in oceans and freshwater ecosystems. These photosynthesizing microscopic plants are typically too small to see however, they do more than float hither and thither.  These plants also help create the lion’s share of the earth’s oxygen. 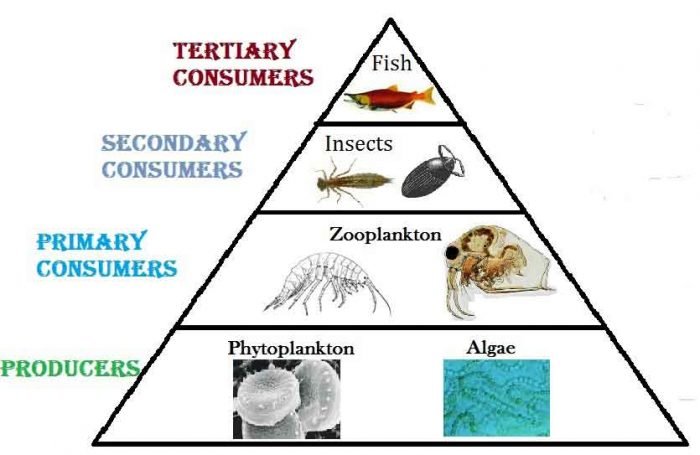 In the 1960s the Supersonic Transport (SST) was developed for high speed travel across the Atlantic Ocean.  At the time I was a ranger at Gateway National Recreation Area – a few miles off the runways of JFK Airport.  When the SST took off or landed our house would shake and conversation became impossible for a few minutes, but that was not a sonic boom that the SST made at speed.  A study showed that loud noises caused phytoplankton to descend to levels where they absorbed little CO2 and produced little oxygen. Plans were to fly SSTs over the Atlantic every fifteen minutes, creating almost endless sonic booms over the North Atlantic.  Serious concerns about that were one of the issues that curbed the flights of SSTs.

Another major contributor is seismic air guns used to survey the seabed for fossil fuel. They achieve this by blasting air, producing about 220–250 decibels per pulse. To put this into context, these pulses of air are louder than a Saturn V rocket during launch.  It has been documented that many marine species that use sound as a means of communication avoid sites of high noise levels, while other research suggests very real consequences of noise pollution towards the hearing organs of fishes.

The effects of noise and sonic booms on animals vary due to the animal’s hearing ability, which varies considerably among animal species.  Each species has adapted, physically and behaviorally, to fill an ecological role within a community; an animal’s hearing ability often reflects this role.  Animals rely on hearing to avoid predators, to obtain food, and to communicate with members of their own species and other members of the community.  Noise impacts potentially disrupt a species’ ability to communicate, either vocally or by disturbing its behavioral patterns.

We primarily head out into nature to enjoy some peace and quiet, or just the sound of a babbling brook.  Unfortunately, even nature’s sounds are becoming more difficult to hear in our National Parks, National Reserves, and National Monuments.  According to a study conducted by Colorado State University and the National Park Service, noise levels in some of the National Parks are twice as high as the natural sounds. Among the 21% of places studied, human noise had risen to 10 times louder than background noise like wind, creeks, and birds.

The National Park Service is monitoring sound levels at various parks in Colorado, Utah, Arizona, and New Mexico to document that this area of the Southwest truly is one of the quietest places in America.  The West seems to have cornered the market on soundlessness: Not one of the top 10 quiet places is east of the Mississippi River!  (Look at the map of the United States. Kurt Fristrup, a scientist with the National Park Service, hopes that people will see this map and want to turn those bright yellows, indicating higher decibel levels, down to blues.)  The National Park Service is using the map to predict and measure the effect of sound levels on wildlife around the nation. 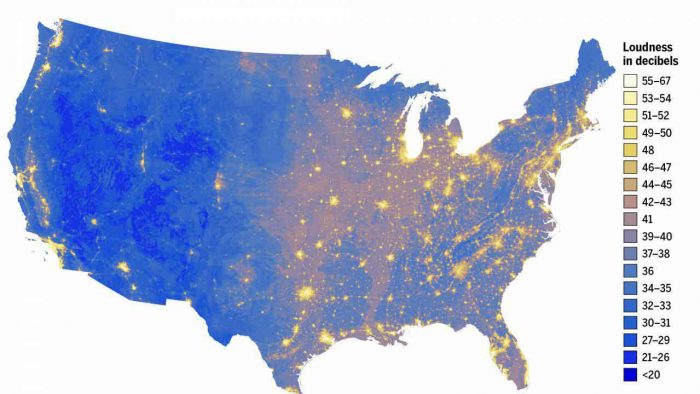 In the study by Colorado State University, the quietest area of the U.S. was in Utah. There are several National Parks in the state, but for more silence visit Dinosaur National Monument.  In the mid-1990s the Monument conducted a sound study.  The first analysis showed that sound (decibels) were so low the scientists thought their recording devices were defective.  They installed more sophisticated equipment.

One spot in Dinosaur National Monument in Colorado had nighttime sound levels as low as 19 decibels.  That would put the ambient noise at this place somewhere between rustling leaves and a human whisper.  Dinosaur even has opened its own Sounds of Silence Trail, with the specific purpose of encouraging hikers to appreciate the absence of noise.

Now, on your river trip, you have the opportunity to experience relatively quiet.  To most quiet is unsettling, and perhaps a bit boring at the beginning.  But as you become familiar with quiet, time begins to melt and your brain begins to empty itself of the burdens, some unknown, you carry.

To be most effective, a week before you take your trip, wake up early and sit in front of your home quietly.  Listen to the sounds that surround you every day.

We all should have a quiet place to go to, and if you are visiting Dinosaur National Monument you are visiting the prime place of silence.  Tell your guide what you are doing.  When the opportunity presents itself while in camp, hike away from the group find a place that seems special to you and get off of the trail a bit.  Sit down and get comfortable, take off your watch (notice the time), put it and your camera out of sight.  Spend at least a half-an-hour (by guess) soaking in your surroundings, enjoy The sound of the wind rushing through vegetation, birds taking flight from a branch, and critters rustling in the bush. You won’t regret this invitation from nature to find stillness in the sound-full-ness of nature.

You can do something about it right now!  The Safe and Quiet Skies Act (HR 4547) is currently making waves in the House of Representatives and hold great promise to protecting natural sounds and quieter airspace above designated Wildernesses and other natural areas. Please join Holiday and urge your representative to co-sponsor this forward thinking legislation!

verb: cause to become silent; prohibit or prevent from speaking.

From Latin: silentium, from Old French: silere ‘be silent’.

Silence in the Age of Noise; Erling Kagge

America the Raped: The Engineering Mentality and the Devastation of a Continent; Gene Marine