The River Wild (and Scenic) 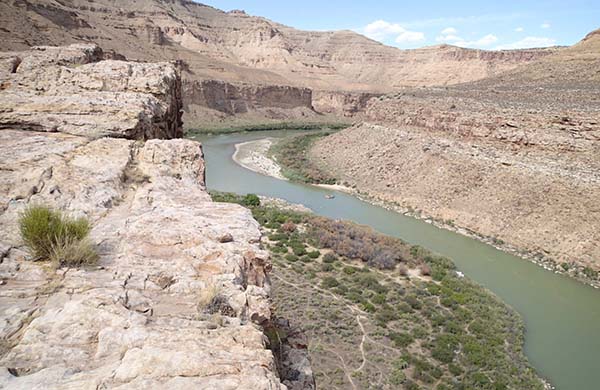 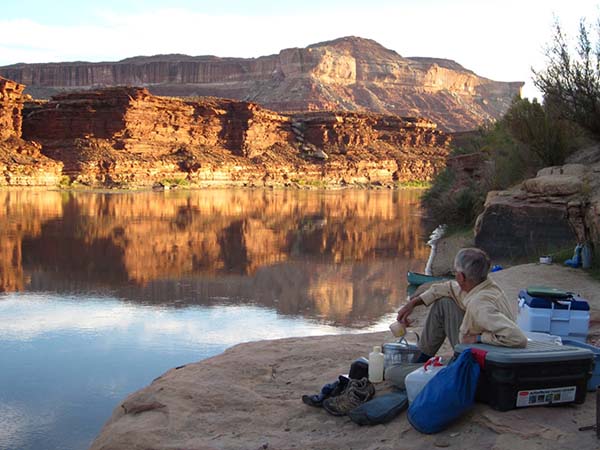 The River Wild (and Scenic)

Open an atlas of the United States and put your finger on a blue line representing a river—say the Cumberland in Kentucky,  the James in North Dakota, or the Sacramento in California. Notice how there’s a highway, town, or even a major city not far away. That shouldn’t be too surprising, since rivers were the prime avenues of commerce and industry during the settlement of our nation.

Utah is unusual, though, in having three major rivers which flow through desert landscapes far from civilization. Locked within sheer walls for much of their length, the winding waters of the Green, Colorado, and San Juan take you through some of the wildest landscapes in North America.

The names of these river canyons–Lodore,  Desolation, Labyrinth, Stillwater, Meander, Cataract, the Goosenecks–evoke the mystery of the Colorado Plateau. Isolated from the outside world, with rapids that challenged early-day explorers in their wooden boats, these rivers still belong to the bighorn sheep, golden eagles, and other creatures who need a refuge from humans, their machines, and their livestock.

Over the years, Congress has established the means to give an additional overlay of protection to our most outstanding rivers and the lands surrounding them. In 1964 it passed the Wilderness Act, which disallows roads and most forms of mechanized use. In 1968 came the Wild and Scenic Rivers Act, which offers  three categories of protection–Wild, Scenic, and Recreational—for a one-quarter-mile wide corridor on either side of the river’s high-water mark. (The rivers themselves are managed by the State of Utah – but that’s a story we’ll get into another time.) Wild Rivers generally have no road access, while a Scenic River may be accessible in places by road. A Recreational River may have roads along its length as well as a greater amount of development along its shoreline. 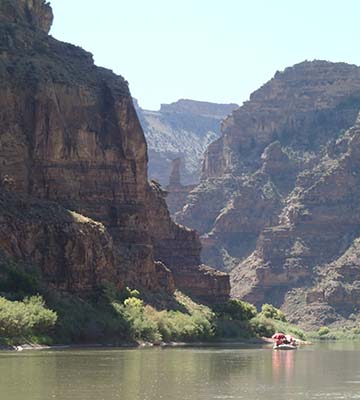 We’re used to thinking of wild rivers and wilderness areas as being in high, forested mountain ranges, but in recent years these categories have come into play in desert lands, including in Utah. In 2019 Congress placed 663,000 acres of undeveloped BLM (Bureau of Land Management) land in Emery County into wilderness status, including major areas adjoining the west bank of the Green River in Desolation and Labyrinth Canyons. Along with these designations, the Green was given Wild River status for a short, 5.3-mile segment above the Nefertiti boat ramp, and Recreational status for 8.5 miles between Nefertiti and Swasey  boat ramp (both of these are near the end of the Desolation-Gray Canyon float trip).  Farther downstream, 49.2 miles of  Labyrinth Canyon within Emery County were classified as a Scenic River. These designations joined the only other wild and scenic river in Utah, the Virgin, located in the southwestern part of our state.

The 2019 legislation dealt only with public lands in Emery County, leaving the work of protecting the remainder of these beautiful river canyons to be finished. And even this much was a long time in coming. In 1972 Frank Buono and Herm Hoops, two individuals who worked for the Park Service, proposed that the entire length of the Green River from Ouray down to Green River town be designated as a “wilderness national monument.”* That didn’t happen, unfortunately, although studies of the Green and Colorado Rivers continued through the 1970s and led to their being recommended for wild and scenic river classification.Congress did not act on these until the Emery County legislation of three years ago.

What these new designations mean for river runners is that dams and reservoirs cannot be built along these stretches of the Green, and limits may be placed on new roads, industrial development, and motorized vehicle use along the river corridor. This is not an idle matter, for over the years there have been various proposals to build or extend roads into parts of these river corridors that now enjoy an absence of motorized traffic, as well as to develop oil, gas, and other mineral resources close to the rivers themselves.

The BLM is currently developing management strategies for the Desolation and Labyrinth Canyon Wilderness Areas and the Wild, Scenic, and Recreational stretches of the Green River. This is an ongoing process which will be open for public comment at various stages. The initial comment period, on what are known as “scoping” documents, closed on January 7, and we await the next stage in the agency’s environmental analysis. This is a process worth watching, as it will determine how much of the river corridor will be managed.

If you enjoy floating any of these rivers, consider joining one or more of the environmental organizations which keep watch on matters such as these. And in the meantime, relish the fact that because citizens like you got involved, a significant portion of Utah’s desert rivers are now protected for posterity.

* Herm Hoops passed away in 2020 after a long career with the National Park Service, and more recently as a shuttle driver with Holiday River Expeditions. A river historian extraordinaire, Herm authored many history columns for our River Currents blog.