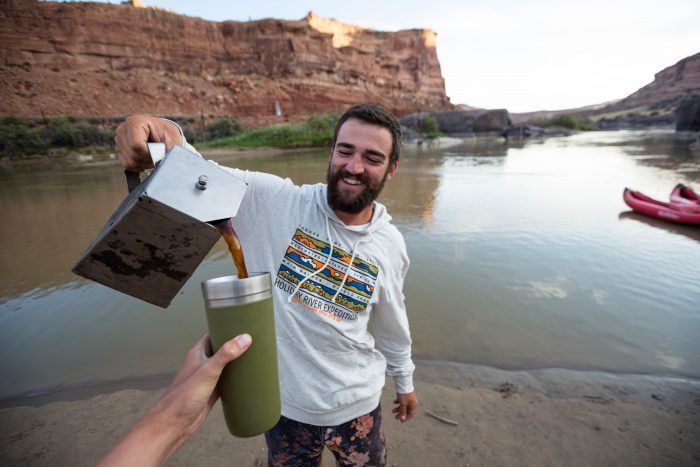 Holiday guides are lucky to witness some of the most majestic and scarce wildlife on the continent in the remote canyons that they run for half of the year. This includes species like

Aquila chrysaetos (Golden eagle), Ovis canadensis (bighorn sheep), and Strix occidentalis lucida (Mexican spotted owl). These creatures like to dwell on the rocky red cliffs near some of the only water in the region that runs year-round.

But if you ask Holiday guides about the creatures they most want to see, it’s probably the elusive river otter that tops the list.

People often see their webbed tracks on the mud by the banks of the Green, Colorado, or San Juan rivers, but finding their furry bodies is much harder. Otters are most active at night, and even then they are quite wily, emerging from and ducking back into a series of underground tunnels they’ve dug. They are constantly on the move, and can cover up to 25 km of ground in a single day. 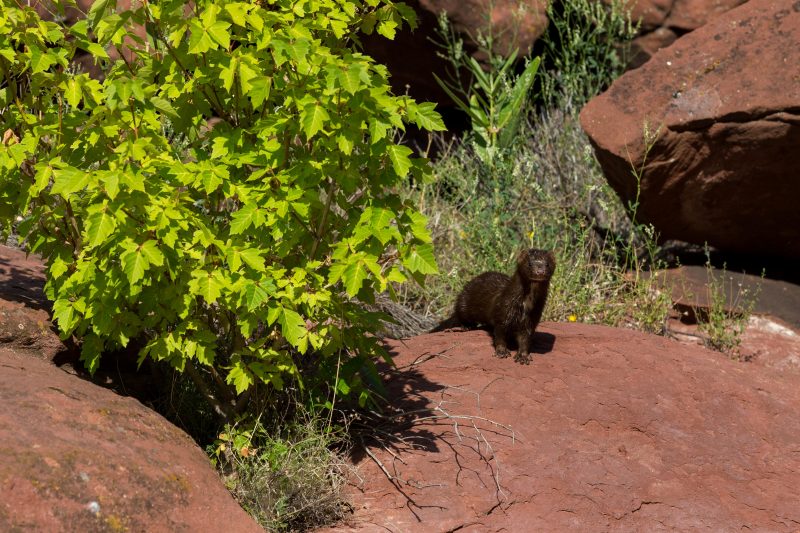 When one of our guides (or our guests) does finally spot a river otter, it’s definitely worth the wait. Holiday guide Susan Munroe was lucky enough to catch a whole family of otters playing in a pool right above the Big Drop 3 rapid in Cataract Canyon this summer.

“They were swimming in and out of the pool eating fish and playing. And then they saw us and just stared. One of them made direct eye contact with me, like, ‘what are you doing here?’”

Susan said that then, after the otters were done staring at the gaggle of strange humans, they jumped back into the water and seemed to actually just ride the rapid downriver. “It was definitely the coolest sighting I’ve had on the river,” she said.

The American river otter is known for its playful nature, so when that family of otters stopped to stare it may have been a gesture of curiosity. However, it may also have been a sign of fear. And the river otters would be smart to fear humans after their history with us over the last century.

American river otters were frequently hunted in the 19th century for their pelts. Much like beaver, this practice drove the otters to near-extinction. In fact, it is thought that an entire subspecies of the American river otter, known as the Lutra canadensis Sonora (the southwestern river otter) became extinct in the 20th century.

By the 1980s, river otters in North America were on the brink of extinction from hunting, acid drainage, coal mine pollution, oil spills, and human encroachment. Finally, state and federal agencies began to take the plight of these creatures seriously. Through conservation and wildlife introduction measures, the otters are no longer in imminent danger of extinction in most parts of the country.

However, otters are known to be very sensitive to water quality issues, and disruptions due to infrastructure projects, climate change, and pollution could easily push them into an endangered status again. It was just in 2012 that the Japanese government declared the Japanese river otter extinct. 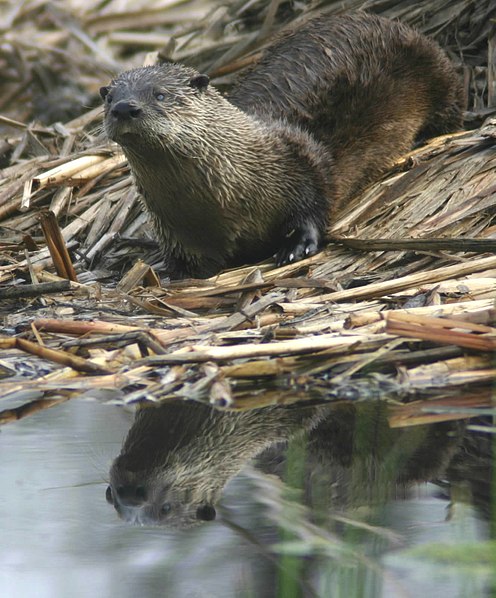 While I am skeptical of using “charismatic megafauna” as mascots for defending our wild spaces, and I can sympathize with the “entomological lament” that bug experts describe, I will use whatever I can to mobilize people to care about our rivers, deserts, and other sacred spaces. So, go and watch this video of baby goats and river otters playing together, and then come back and tell me these critters shouldn’t be given all of our available conservation resources.

Now that you’ve seen just how cute these creatures are, I can get back to my more serious point about river otters: they are, like beavers, salmon, and other river-dwelling creatures, a real bellwether for the state of our world. When the salmons cannot return up the rivers to spawn, when the beavers can’t build their dams, when the otters can’t play in the dirty water, we can know that we will be feeling the impacts soon enough.

So, seeing an otter on the river is more than just a fun spectacle, it’s also an omen. It’s a sign of perseverance and health. May we one day live in a world where there are otters in every river.