The Culture of Restoration 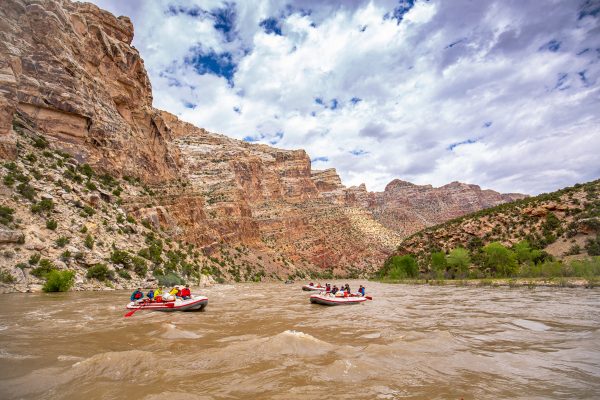 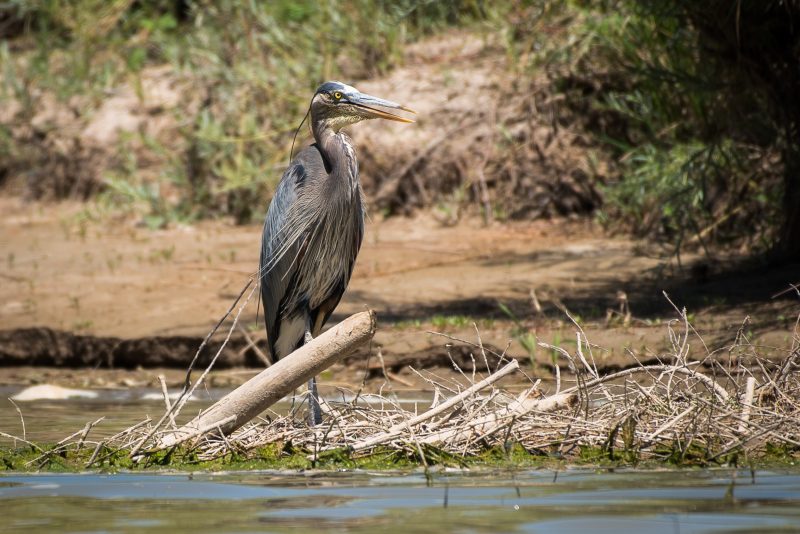 Standing motionless and precisely vertical on a cobble bar in the middle of the San Juan River, a Great Blue Heron stalks her next meal; a small Rainbow Trout skittering in a murky backwater channel. Slowly stepping into the water, her long legs glide through the pool, the movement devoid of any wake or tide. A few moments pass, and her narrow head darts underwater in an instant; like a needle in a sewing machine. The small fish is suddenly wriggling in her beak, and she slides it slowly down her throat. I am sitting across the river watching, underneath a stand of large invasive Russian Olive trees that tower over the river. Smaller Russian Olives are propagating rapidly; slowly inching toward the river; engulfing any bare ground in the floodplain and narrowing these backwater pools fish and birds alike depend on.

I work in river restoration, engaging with communities to reduce the volume of invasive plants like Russian Olive or Tamarisk and promoting diverse and resilient river ecosystems. In the West, rivers are ribbons of life; riverside, or riparian lands account for less than one percent of the lands in the western United States, yet are far more structurally diverse and productive than upland areas. Invasive vegetation species like Russian Olive and Tamarisk on the San Juan River were introduced in the 1950s to help stabilize river banks, but have rapidly taken hold of thousands of acres of riparian habitat. 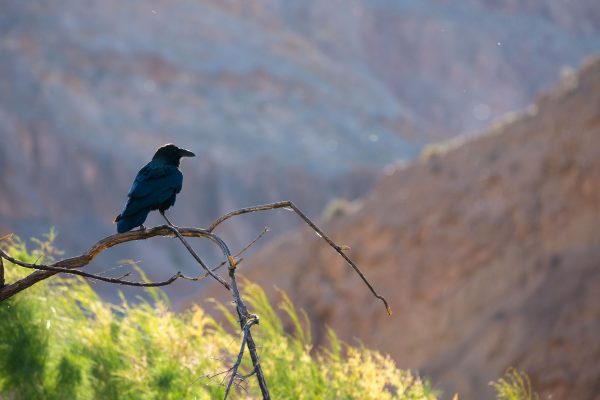 Russian Olive and Tamarisk decrease the resilience of ecosystems in many ways. First, given their massive root systems and quick growth, the trees channelize rivers by making it harder for water to flow into and connect with the floodplain. The incision and narrowing of the river channel reduce river habitat for fish, inhibits diversity of the canopy and food sources for birds, and out-competes native vegetation species. For example, the Great Blue Heron, who is an opportunistic eater, can no longer see prey like grasshoppers and rodents through the dense thickets of  Russian Olive. Native fish need complexity and backwater habitat to spawn, and the narrowing of rivers has led to a reduction in these areas. 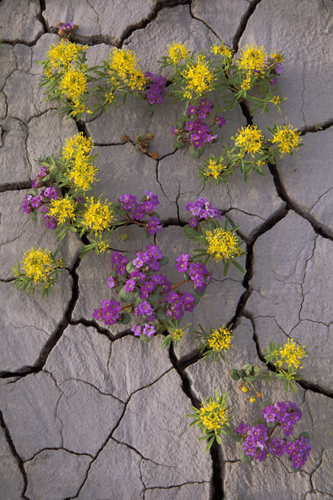 It can be helpful to think of healthy river ecosystems functioning much like human societies. Everyone and every living being provides unique benefits based on individual skills and culture, collectively allowing us to live in productive communities. People with roots in Mexico share sustainable and drought-resilient farming techniques with those in New York, and flood control technology developed in the Netherlands can help people in Florida as ocean levels rise. Simultaneously, willows provide stream bank stability and caddisflies serve as a crucial component of nutrient cycling.

Vibrant rivers span from the center of the wet channel out into the floodplain; including assemblages of riparian vegetation and wildlife. The Great Blue Heron relies on river flows that produce habitat for a robust food chain from insects to mammals to lofty trees to sleep in. Human communities similarly encompass urban city blocks and sprawling suburbs, neighborhoods with different cultures, and social classes all incorporated under the same tax structure and governmental representatives. In both scenarios, cultural diversity makes us stronger, smarter, and more resilient.

However, select neo-nazi and white supremacist groups have disturbingly adopted this specific ecological restoration terminology – “invasives,” “weeds” – and applied them to distinctly non-white, human cultural groups. A recent essay describes the rise of “eco-fascism” among hate groups stemming from rising global temperatures and anti-immigration rhetoric. However, by adopting this nomenclature, white supremacist groups are perversely advocating for monocultures among people. As restoration ecologists well know, that is precisely why invasive plants are a problem in the first place.

Restoring riverside, or riparian, habitat often encompasses removing invasive woody species and treating noxious weeds (such as Russian Knapweed or Kochia) with appropriate herbicides or biocontrol, and if native vegetation does not come back on its own, we may try seeding or actively re-vegetating with diverse native trees and shrubs. Some Russian Olive or Tamarisk will always remain, but if we can reduce the number of vast monoculture stands, then we leave room for a healthier ecosystem. 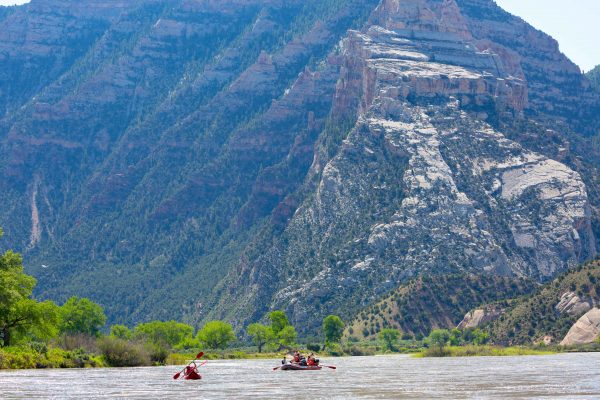 In America, there has been a rise of people who have never met others from another race or political ideology and prioritize sameness. Studies are also showing a rise in dehumanizing language – calling others monsters, aliens, and, well – weeds. Normalizing dehumanization is terrifying, psychologically it gives permission to disregard those different than you, promoting apathy and even violence. Let me be clear, despite human similarities to ecosystems, no human is a weed. The goal of restoration isn’t just to eradicate certain species because they are different – it is because monocultures impede biodiversity. If left unchecked, certain invasives out-compete and overuse resources so others die. Fascists are incorrectly utilizing this terminology – and I want to reclaim our collective ecological language.

Reality is, diversity makes people smarter. Decades of research show that being around people that are different than us makes people work harder, become more creative, and diligent. A group of people from different backgrounds with different skill-sets makes problem-solving more effective and efficient – common sense really. Embracing diversity can be challenging, especially on an increasingly divided national scale, but if we want to thrive as a human community, it certainly seems obvious we should be embracing our differences.

I have learned that we must watch nature to find a balance between us all. As restoration ecologists, we can release the Tamarisk Beetle, a form of bio-control that reduces the spread of Tamarisk, but will never completely remove it and that is just fine. When a new neighbor moves in next door with a different religion, we should learn more about them, because chances are we will gain more than we will lose. 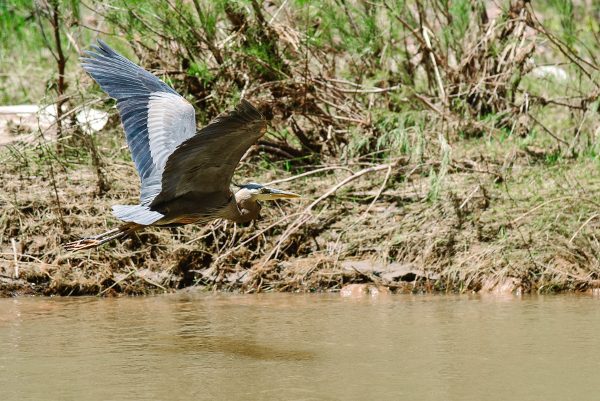 I have no desire to spend time in a dense stand of Tamarisk, similarly, living in a world where everyone looks and thinks alike sounds terrible. One person doesn’t have the answers to everything, just like a singular plant cannot support a thriving ecosystem. As restoration ecologists work together to help ecosystems find a balance between invasive and native vegetation species, we must have patience and understanding for each other – and for the earth. As the Great Blue Heron flies away, I stand up from my spot along the river; I must get back to work. The hole I have started to dig is almost deep enough to plant a cottonwood cutting that will someday grow tall –maybe if we take care of the river as it has always taken care of us, the Great Blue Heron will rest in its branches and continue to hunt in these same backwater channels.