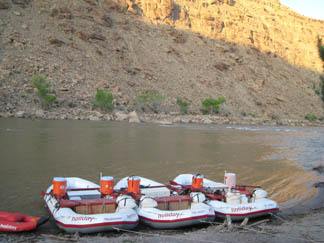 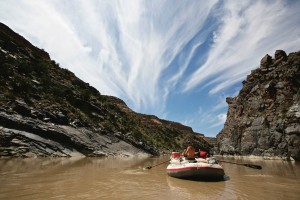 Rafting the Colorado River through Utah’s Westwater Canyon is a short but super memorable rafting vacation of a lifetime. Big water, gorgeous desert canyon walls, possible wildlife sightings such as bald eagles and ravens and maybe even river otters, and a tight three-day schedule all make it a great trip for anyone short on time but hankering to run some of the best whitewater in the West.

Average Flows: Generally, the Colorado River through Westwater Canyon flows between 3,000-20,000 CFS (cubic feet per second) during the year. The high flow of 20,000 CFS usually occurs in late May and early June when snow run-off bulges the river into a booming ride of river rafting excellence. Check current river conditions at the USGS site. 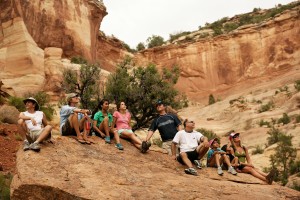 Hikes: Putting boot to path and heading out to see waterfalls, ancient Native American rock art panels, tidbits of local history such as “Miner’s Cabin,” and just the endless beauty of canyon country is a possibility on a Westwater trip. Although the focus is on the river because of the shorter trip length, we definitely get you out to stretch your legs and admire the scenery along the way.

Historical Significance: Adventurer John Wesley Powell and his mostly intrepid crew (he started with nine and ended with only five) were the first people known to successfully run the Colorado River. Their 1869 jaunt downstream is famous for its sheer cockiness as they plunged into some of the wildest water in the world, not really knowing what to expect as they steered awkward wooden crafts most people today would shudder to consider using. Powell’s careful observations during the three-month trip would later provide some much needed insight into the lands of the West, paving the way for future conservation efforts.

Who will enjoy this trip most:

Westwater is for folks who don’t have a lot of time but do want to experience some of the best white water around. Level IV whitewater rapids buck and snort their way through here, so be prepared to hoot, holler, and get wet. In Holiday lingo, our Colorado River through Westwater Canyon trip is the ultimate three-day getaway for white water river rafting. 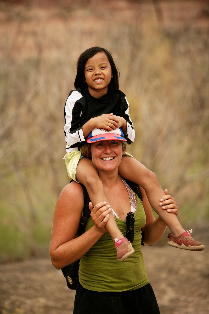 1. Westwater Canyon is the first whitewater section of the Colorado River in Utah

2. Of the 11 named rapids found in Westwater, some of the more charming monikers include Sock-It-To-Me, Skull, Bowling Alley, and Last Chance. Funnel Falls, Skull, and Sock-It-To-Me provide the wildest rides.

3. Outlaw Cave (near river mile 120) is so-called because of two bandit brothers who supposedly hid out here for a year and a half after they held up a bank in Vernal, Utah. We think their winters might have been a bit chilly.

4. Five University of Utah made the first known whitewater run through Westwater Canyon by a rubber raft in 1950. Paul Geerlings led the party.