The Colorado Plateau – Knowing Where You Are 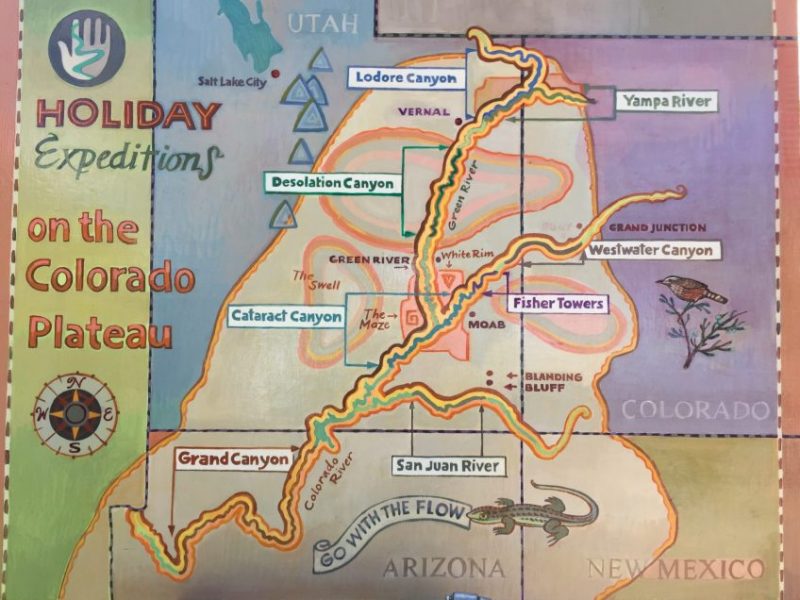 The Colorado Plateau often evokes images of magnificent red rock cliffs, stately arches, narrow canyons, roaring rivers, and charismatic, wild creatures. We are used to seeing its many famous landmarks, from Delicate Arch to the Grand Canyon, from a spectators perch, whether it’s an online image or a lookout point along the trail. In this way of seeing, the Plateau is a collection of bizarre and beautiful spectacles. 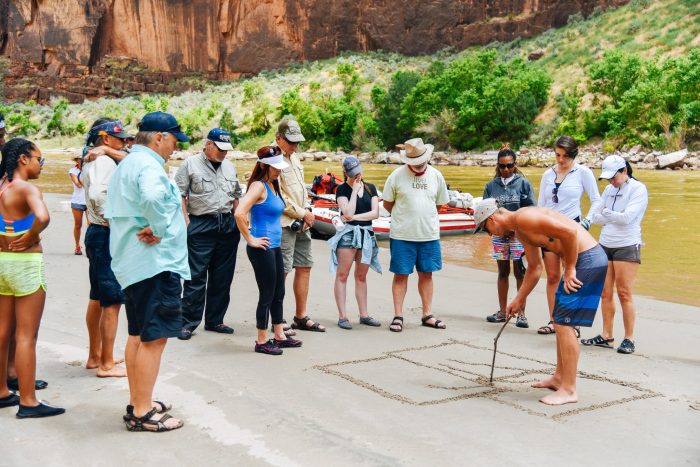 But there are other ways to look at the Colorado Plateau.

For many, the Plateau is sacred ground and is known not for its tourist sites but for its historical ones: the burial grounds of ancestors, the remains of distant civilizations, the holy mountains, and life-giving waters.

For geologists, the Plateau can be seen as a unique layering of igneous, metamorphic, and sedimentary rocks formed over billions of years of volcanic action, uplift, and weathering. Meanwhile, for biologists, the Plateau may be more recognizable as an important habitat for the endangered black-footed ferret and Mexican spotted owl. But then again, a cartographer might see the region outlined as a sort of lumpy potato that contains some very closely drawn contour lines.

Then, of course, there are the river runners, who might understandably see the Plateau first and foremost for the tremendous flurries of water that pass through the otherwise arid region: the Green, the Colorado, and the San Juan.

In short, what the Colorado Plateau is, depends on your orientation to it.

In outdoor adventures, orientation is everything. If you don’t know where you are, then you can’t get to where you are going (and, if you’re in some of the Colorado Plateau’s more remote regions, you might not ever find your way back home). So, we take orientation skills pretty seriously. 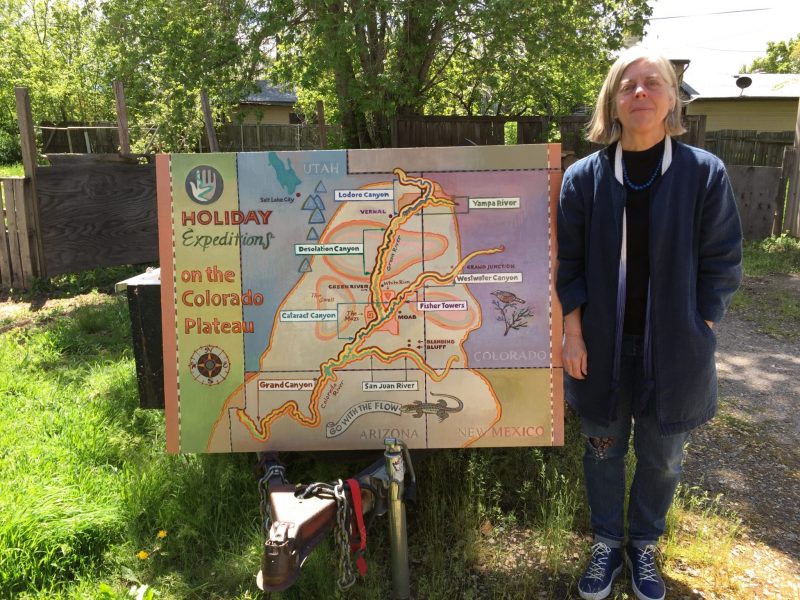 This is one of the reasons we are so excited to have a new piece of art from Michal Onyon, who has been our local resident artist for over 30 years.

The painting is posted outside of our HQ so that our arriving guests and guides will get an overview of the Colorado Plateau before they even get on the boat or the bike. In a perfect pallet of desert pastels, Onyon has rendered some of the many boundaries of the region: the bureaucratic boundaries of the states, the natural boundaries of the major rivers, and the geological boundaries of the Plateau itself. Between all of these crossing lines, we can see various major canyons, wild animals, land features, and human settlements.

Put simply, the art is a map. But, like each of us, each map has its particular orientation to the world it depicts. In it, certain things are highlighted, and others are left out. What Onyon has done is highlight how the graceful flow of the Plateau’s natural features lines up with the often more familiar features of human civilization. In this way, it’s the perfect beginning to the transition that we will be talking with our guests on each expedition: from the world of our human concerns to one of larger, more ancient forces, formations, and fauna.