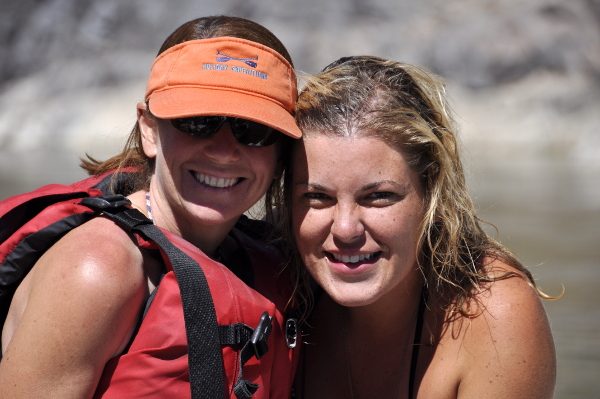 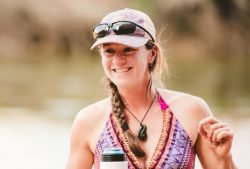 The Braid: Fish, French, pleated, traditional, it was everywhere on this last river trip down the Yampa. At every campsite the gaggle of girls on this trip would sit down and begin the braiding process, sometimes staggered three in a row, like a braiding train. Even the only girl guide, Jordan, joined in, who in turn braided a fellow guide’s longish hair—the token male in this all-girl clan of woven hair.

Each evening, as the braiding began, I noticed the chemistry of the group become more comfortable and at ease. What started as a group of strangers gradually evolved into a group of friends, bonded by the commonality of the river trip experience.

Like the individual strands or plaits in a braid, this group’s differences were woven together to form what one river “tripper” described as a “tribe.”

Consider the different areas people hailed from—South Carolina, Oregon, Texas, Colorado, the variety of their professions—camera production, business owners, teacher, nurse, attorney), and the wisdom of ages, ranging from 7 to 78. Then there’s the suspected diversity of views stemming from different religions, upbringings, and political beliefs. It didn’t matter; we were all part of the same braid.

Everyone had a story, and as time on the river passed, these stories had beginnings if not endings. A tribe we became, many of us with enough hair to support one (do I sound bitter?) sported a braid.

Aside from this metaphor, I’ve learned that braiding is a river term. It happens when a river is carrying vast amounts of eroded sediment, which becomes deposited as islands in the channel causing the river to split up into many winding channels. And then, it all comes back together again. 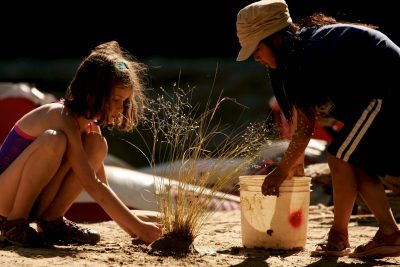 Of course, the 8- to 12-year-old girls who were the groupies of this braiding ritual, thought nothing of the figurative meaning of braiding. Why did they do it? Ten-year-old Emma Lickey’s practical reasoning: “If you sleep with it over night, it makes your hair curly and during the day it is a good way to hold your hair back.” Plus, she says it was an activity strictly for the girls—no boys allowed.

“It kept my fingers busy building something,” says Emma’s twin sister Isabelle. After a thoughtful pause, she adds, “It was a fun thing to do with my new friends; I think it made us even better friends.”