Taking Shape: The Deposition of a River 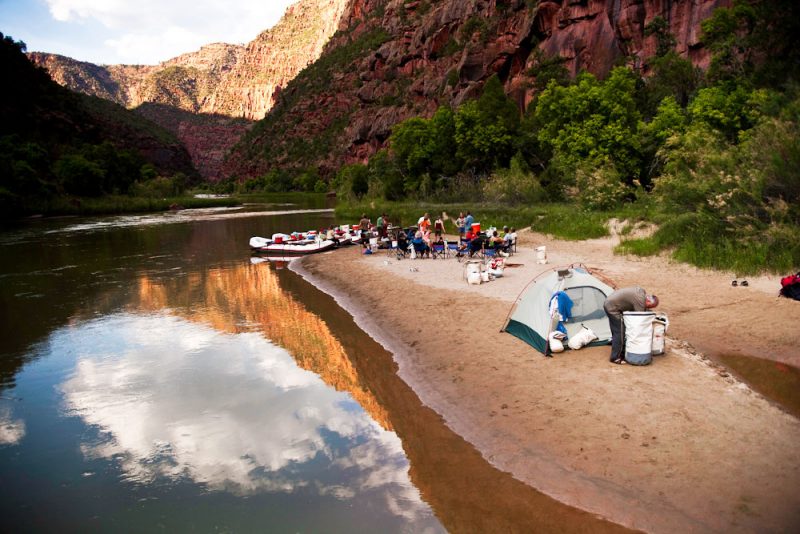 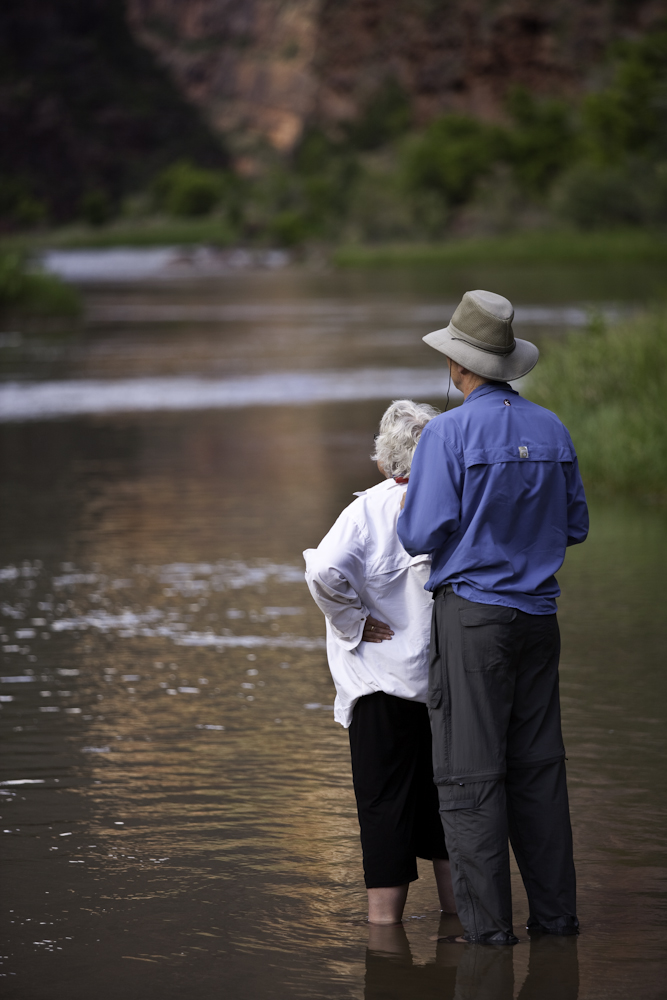 Sometimes change occurs in a single, catastrophic swipe of fate or a sudden, glorious moment of victory. More often, we look back to a decade ago and realize, quizzically, that we are a totally different person now. Some mysterious combination of everyday interactions slowly wore upon our old beliefs and habits, and built new layers upon the bones of our personality. We may be able to identify some relationships and events that defined this slow build, but most of it was grains of sand, the unremembered smiles, annoyances, routines and chatter of our daily lives. Sometimes, change is an earthquake, but more often it is the steady deposition of sediment.

Showy red spires and deep, wise caverns are the slowly layered personality of the Colorado Plateau. The wild hoodoos of Goblin Valley and the depths of the Grand Canyon were not formed by a sudden movement, or even a single, prolonged event. Much like our most memorable personality flairs, the many unique formations of the Colorado Plateau are the result of both love and loss, destruction and creation. Over 300 million years, layers of limestone, sandstone, and shale were laid down as sediment by the rise and fall of ancient oceans and streams. Then, in a period of desertification and volcanic activity about 250 years ago, sand dunes and volcanic ash stacked on top of these layers. What we see in the region today is a wondrous exposure of these various layers, made visible by uneven erosion.

“too thin to plow, but too thick to drink”

Traveling down the Colorado River, one can see history like a sandwich. In the depths of the Westwater Canyon, there are rock layers formed 1.84 billion years ago and others that, geologically speaking, were ‘just’ born 270 million years ago. The canyon itself, a measly 6 million years old, cut through the sandwich like a knife. But history is not just revealed by the river, it is also made by it. 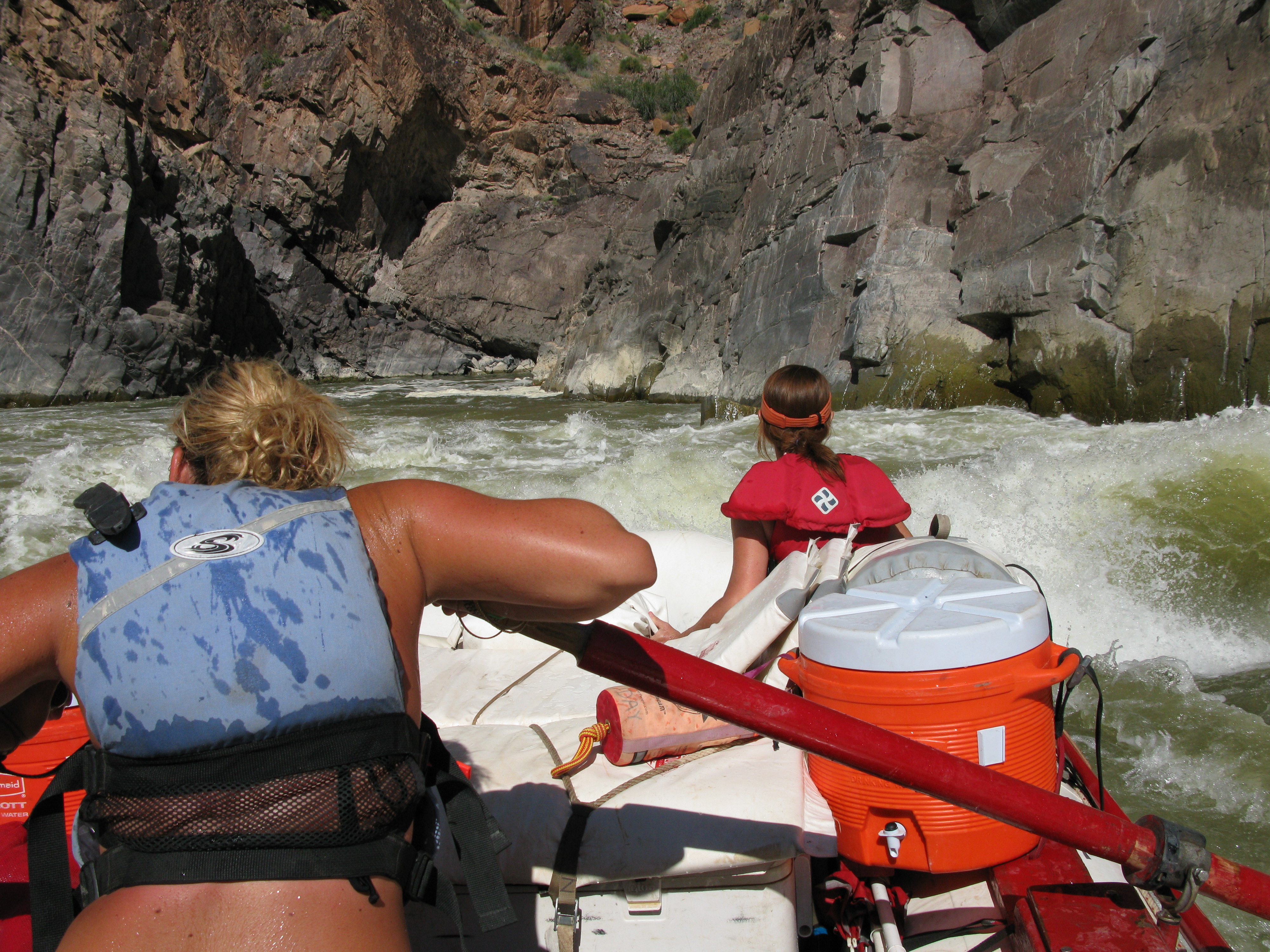 It’s been said that the Colorado River is “too thin to plow, but too thick to drink.” Any casual observer will note the silty taupe color of the water that comes from the sediment of more than 25 significant tributaries, and hundreds of smaller ones, all of which rip through sandstone and other loose rock. Hundreds of millions of tons of sediment flow through the river on any given year, although the flow can vary based on events like flooding and drought. This mobile earth is deposited all along the way, which can become a problem in some places.

One of the largest issues created by the damming of the Colorado is the sediment deposit. An article by the legendary John Weisheit notes that about 44,000,000 tons of sediment arrive in the Lake Powell Reservoir every year.

“Without sediment, rivers would just be water ripping through rock, rather than the lush, lively habitats that they are.” 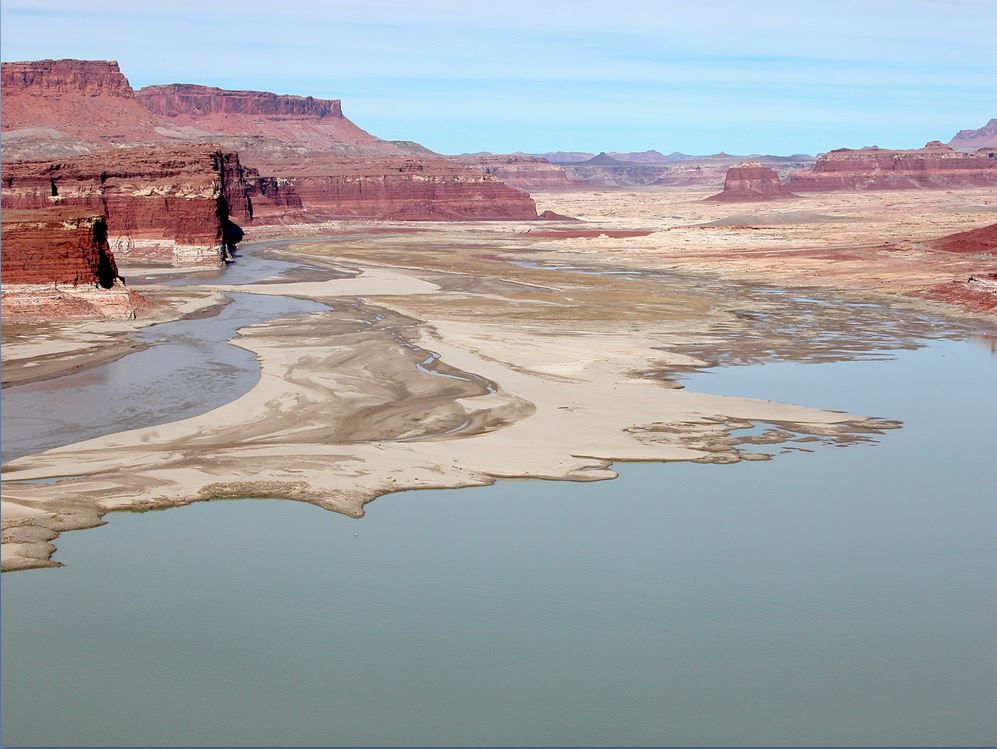 Weisheit gives us a powerful visual: “A truck pulling a street-legal load has a carrying capacity of 22 tons. In one year, it would require 2.018 million truckloads to remove the annual sediment load of Lake Powell. That is 5,529 truckloads per day; 230 loads per hour; 4 loads per minute.” This sediment means a reservoir with less capacity and a less productive dam.

In an unimpeded, naturally flowing river (a very rare thing to find these days), travel and deposition help develop a healthy ecosystem. Aquatic habitats along the river and in its estuaries require just the right amount of sediment to thrive and, in some cases, require specific grain sizes of sediment. The sediment carried by the river is also deposited along its banks to become vital sandbars that act as riparian areas for vegetation and wildlife. Without sediment, rivers would just be water ripping through rock, rather than the lush, lively habitats that they are. 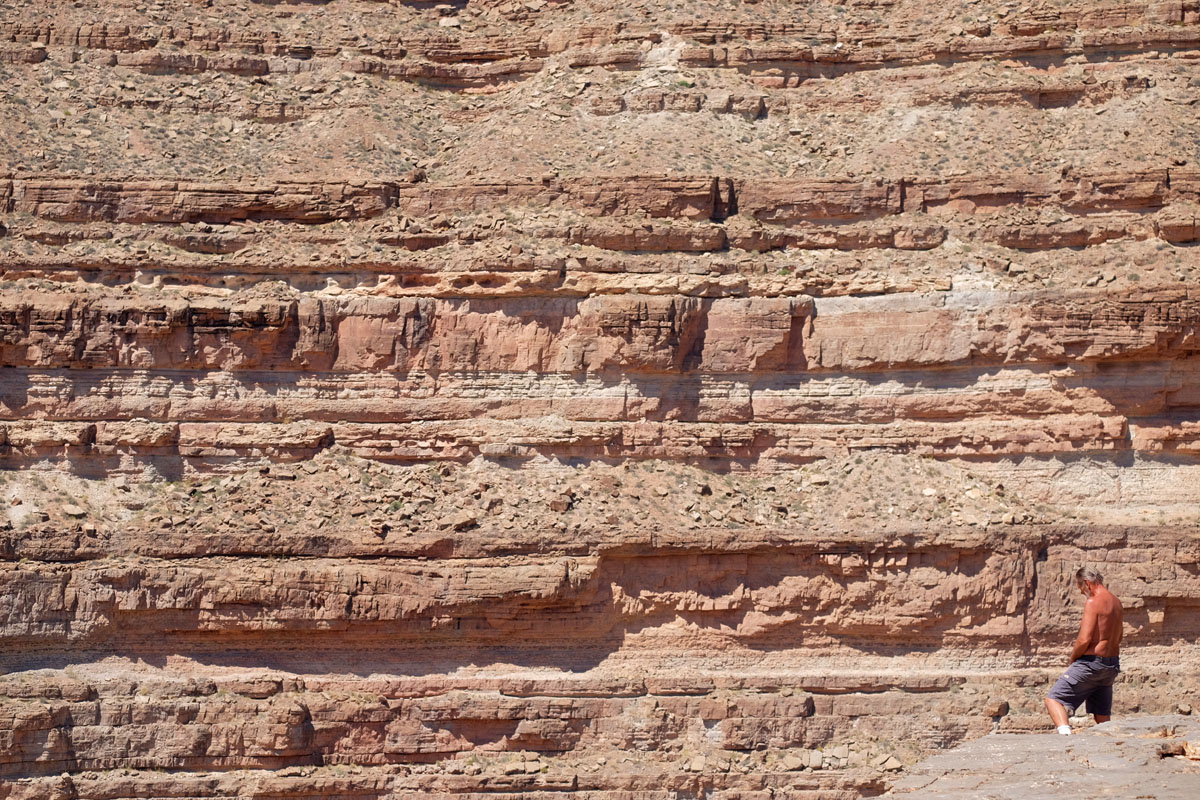 It’s this very movement of sediment, whether in ancient oceans or modern rivers, that moves the landscape around and deposits it as layers

and formations that, over millions of years, become rock. The Colorado Plateau, for all of its fixed features, is still in the process of becoming, grain by tiny grain. Even the most rigid of us also become who we are, hour by short hour, with the steady layering of life. We are, after all, just the deposited silt of our experience.

Easton Smith is a Local Wasatch Front resident and writer. He spends his time community organizing, rock-climbing, and playin’ some mean banjo. For more writing from Easton, check out his personal blog or stay tuned for future loggings in River Currents.