Superbloom: Wildflowers in the West 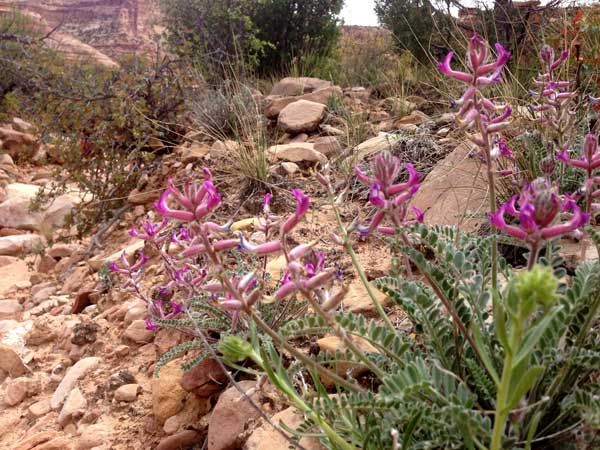 This blog is dedicated to Peter Hayes: a high school biology teacher (and river-rat) whose impact is felt every day in the students he imbued with his methodical madness. I will always remember Rabbitbrush is “Chrysothamnus Nauseosus”.  May he be running beautiful whitewater every day in the afterlife….   – Lauren Wood: Trip (*and blog) Director @Holiday River Expeditions

Have you heard about the Superbloom in California’s Death Valley? Growing up with roots in Joshua Tree, Barstow, and the Deadly Valley itself, I knew about this phenomenon long before it was the stuff of clickbait photo reels. I remember sitting in the back of the car as my mom drove me through back roads in the Mojave desert. It was all Joshua trees, ghost towns, and flowers. When people would use deserts as metaphors for empty and dead places, I was always confounded. The desert had always been this wild palette of greens, yellows, purples, and reds to me. 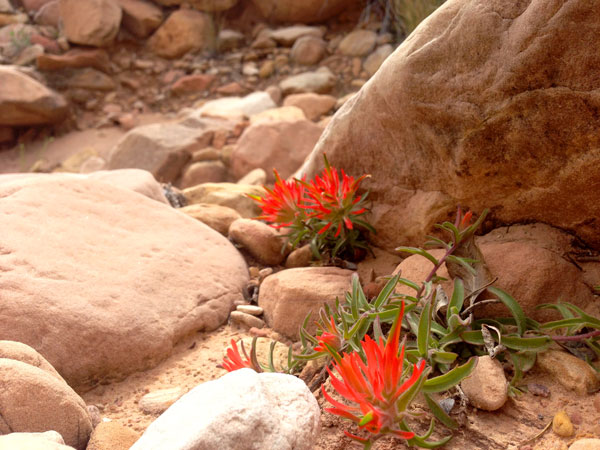 Every Spring the desert pops out of its taupes and into technicolor. It’s not just wildflowers, but the cacti too. It’s not just the Mojave, but the Sonora, the Great Basin, and the Colorado Plateau. It’s almost as if each western desert aligns their awakening to prove together, once a year, that the desert is just as alive as the rainforests and mountains; that it’s far more alive than our cities ever could be.

The key to the bloom is, of course, water. But water is never a simple matter of rainfall; it’s a complicated calculation of rainfall as it relates to temperature, wind, and geography. Despite all of our technology, scientists can never quite determine when the bloom will happen in any given location. Different conditions can set the date forward or backward by weeks and will produce different varieties of bloom. 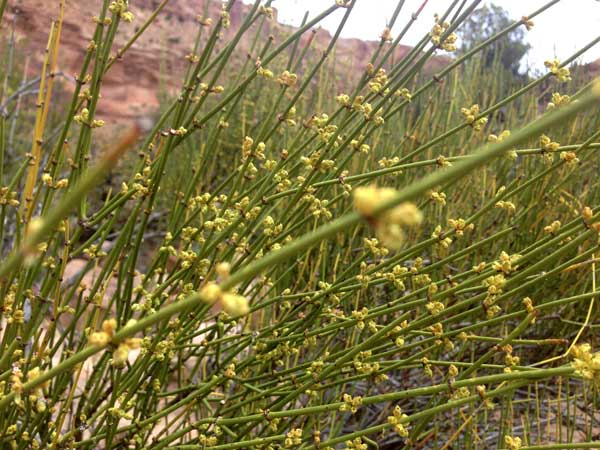 Some flowers are very common on the Colorado Plateau, such as Little Yellow Cat’s Eye (Oreocarya flavoculata), Woolly plantain (Plantago patagonica), and Jane’s globemallow (Sphaeralcea janeae). These flowers can be observed all across the Plateau on most years. Some wildflowers are so successful on the Plateau that they are used for the restoration of disturbed lands. One group of scientists have been using Tansy aster, Woolly plantain, and others as a ‘rainbow of wildflowers’ to combat the invasive Russian knapweed.

Other desert wildflowers are more coy. Purple scorpion weed in the Phacelia family will only appear on special occasions. But, with the right combination of winter precipitation and April sun, they will come out for just a few days to mix with the yellow bee plants and give us a show fit for a sci-fi movie. But there is one place within the Colorado Plateau where water isn’t quite so scarce, and flowers bloom in abundance every year. 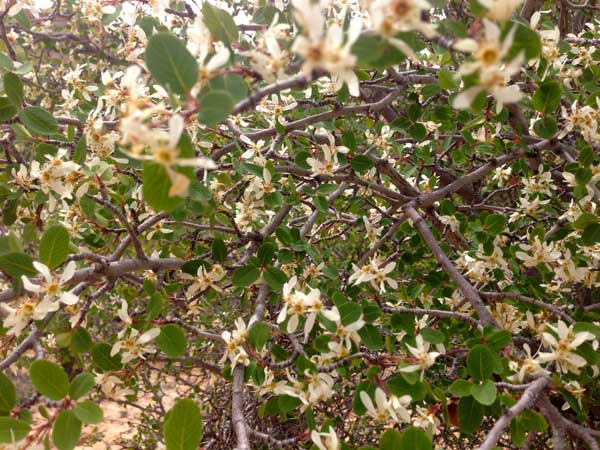 That is, of course, along the Colorado River. At the base of red cliffs, on the edges of green water, there grow tangles of flowering plants on sandy banks. We can float along the river and enjoy the show, but we should know that it’s not really for us. Flowers are, after all, the key component of these plant’s reproduction, their way of showing off to attract bees and hummingbirds which carry the male pollen right to the female stigma. Without flowers, the desert environment would become not just colorless, but also lifeless. Plants would not be able to share their seed, and the river itself would be affected by this. Desert plants are vital to riparian health. The plants help filter and clean the water, provide shelter and food for wildlife, prevent erosion, and help prevent unhealthy flooding.
Perhaps this is why we are so attracted to the Superbloom: because somewhere deep inside of us is this ecological intuition that can recognize the beauty and necessity of reproduction even when it looks very different from our own. Either way, the desert bloom is not a thing to be missed.