Shoes To Wear on Your River Trip 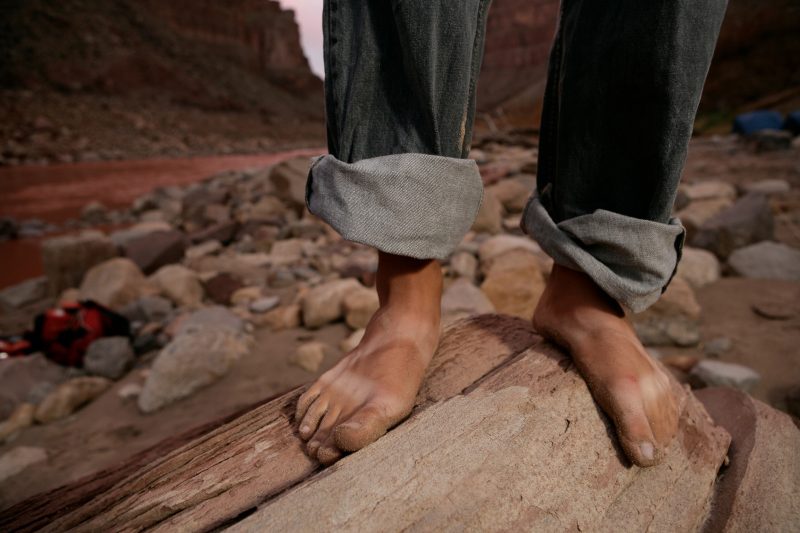 Shoes. They may not be the first thing you think about when you consider floating down the Colorado River under the desert sun. In fact, you’re likely imagining your toes dangling off the side of the boat to skim the green water, or stuck deep into some silty mud on the riverbanks.

There’s a reason that your feet might long to be free in the wild. And there’s also a reason that it’s important to bring some solid footwear along with you on your river adventures. We’ll talk about both of those reasons (and give you some good footwear suggestions) in this blog.

The origin of shoes 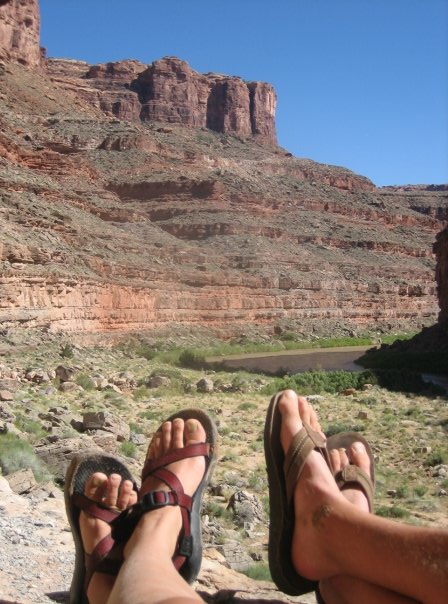 By looking at the “robusticity” of the tiny toe-bones of ancient human remains, scientists been able to determine a rough estimate for when humans started wearing shoes: about 40,000 years ago.

That’s a long time ago: before the Epic of Gilgamesh was written, before humans domesticated wolves into dogs, before humans even started the foray into agriculture. In fact, it’s around the same time that modern humans made their way to the European continent.

But, when considered on the geological timeline, 40,000 years ago is just the blink of an eye. It’s only about a 5th of the total amount of time that humans have been alive, which begs the question: what did we do for that 160,000 years before we wore shoes?

Earthing: a weird new trend or just going back to our roots?

If you’ve spent some time hanging out with river-runners, backpackers, rock climbers, and other outdoor-hippie folk then you’ve almost surely met someone who, on principle it seems, doesn’t wear shoes. While these shoeless ones’ calluses may be rock hard, their demeanor is likely on the soft side. They might even try to evangelize to you about the power of “earthing”.

While it might be easy to dismiss these barefooted preachers as a bit lost in the ethers, there’s actually a growing amount of science behind the idea that being barefoot in nature is really good for you. One scientific study concluded that the “research suggests that this disconnect [between human feet and the earth] may be a major contributor to physiological dysfunction and unwellness.” Another study showed that ‘grounding the human body’ during sleep could reduce cortisol levels, and another found that just one-hour of contact with the earth could “restore blood flow regulation.”

Is it so hard to believe? Our species did, after all, evolve as a barefooted one. Our ancestors walked across entire continents before they ever strapped leather to their heels. The rest of our body adjusted to these constant, barefoot migrations: you can see it in the design of our legs and our hips, in the very way that we walk upright.

And, as anyone who’s been out in the wilderness in a lightning storm probably knows, there is an electrical charge to the earth that our bodies plug into. Why wouldn’t it influence our psisiology?

Add to all of this the subjective sense of well being that we all get when we walk across the grass barefoot on a summer day, and it’s easy to understand how “earthing” has caught on. 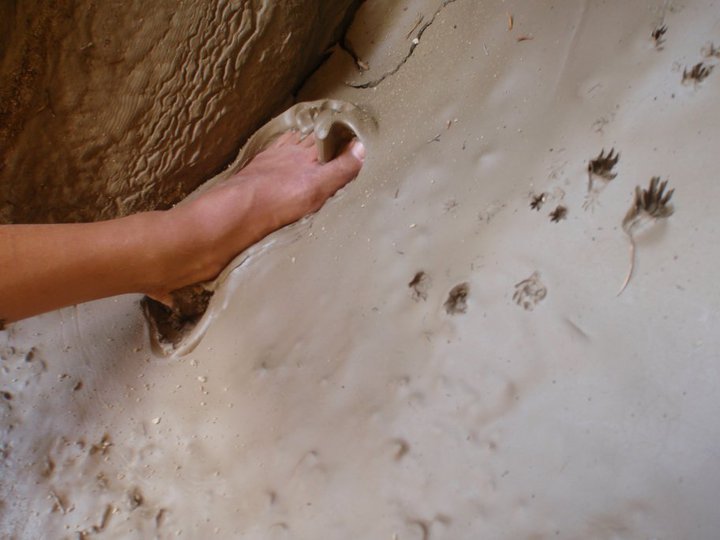 Most of us are not about to walk outside on the city streets in our bare feet. And with good reason. Our feet may long for the bare grass, but we live in a world of perils: splinters, sidewalk cracks, broken glass, and a million obstacles on which to stub your toes. Also, even if our ancestors were used to walking barefoot, we are not. We don’t have the calluses or even the proper walking form.

Some shoe suggestions from Holiday

Here’s the footwear we’d suggest packing for your next river trip: