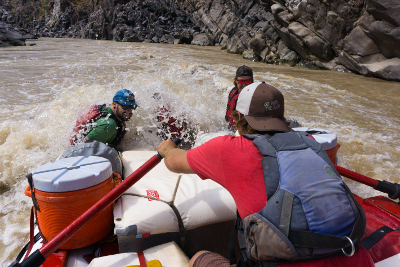 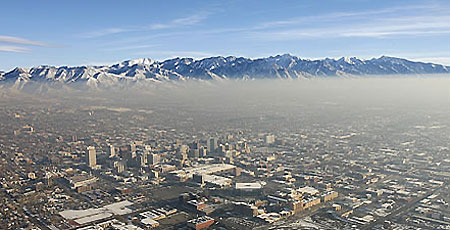 I am no climate scientist, but I do know enough about the climate to couch my enjoyment of it. When the spring comes refreshingly early, it’s spoiled by my knowledge that it’s probably a dangerous premonition of the heat to come. When we get a sunny day in the winter, I am bothered by the pesky fact that it’s likely accompanied by an inversion day in the Salt Lake Valley. I am not the only one that’s stressed about the impacts of our weather. In fact, back in 2015 people began publishing stories about climate scientists who were dealing with “pre-traumatic stress disorder,” a condition affecting people whose “work every day is to chart a planetary future that looks increasingly apocalyptic.” Science can be a real downer. 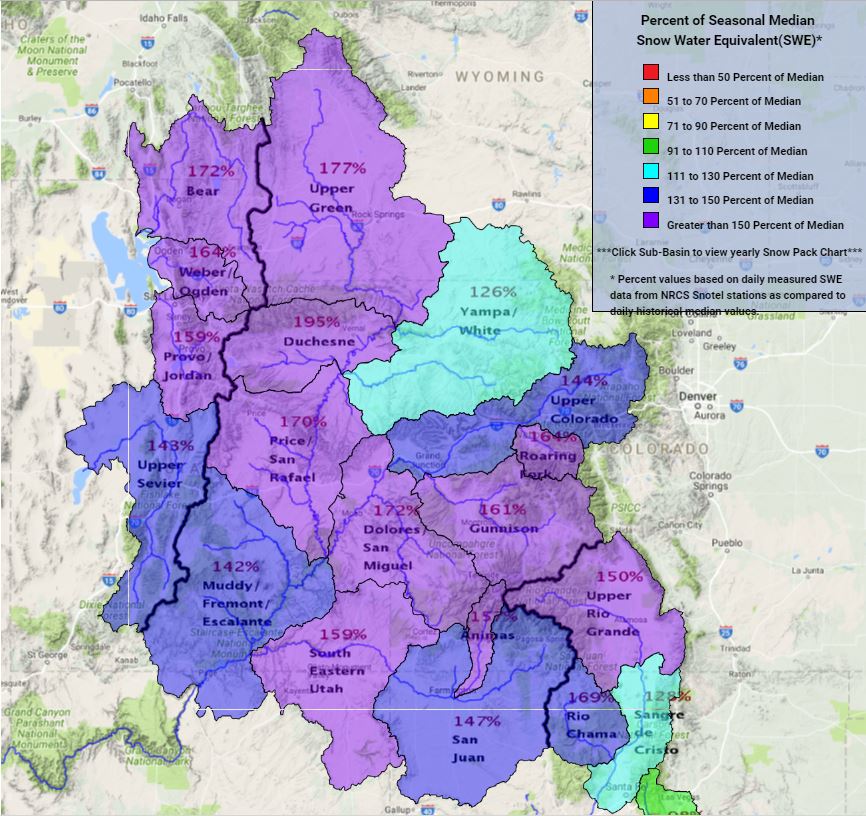 Photo Credit: US Bureau of Reclamation

But, sometimes my fear of a changing climate works in my favor, helps me to be unusually optimistic about ‘bad’ weather. That’s been my experience this year, which has been characterized by a series of heavy and harsh storms along the Wasatch Front. In fact, much of Utah is hitting 150-200% of their average precipitation! I am not a huge winter-person, I prefer the rock-climbing over skiing, camping under the stars over huddling next to the fire. So, when I wake up to another morning of snow-capped windowsills and find my bike covered in three inches of fresh powder, I would normally get bummed out. But this year, my first thought is: thank you, Mother Winter! This snow will be a blessing to the vulnerable lifeblood of the western desert: the Colorado River watershed.

Using the USGA’s nifty “Map Comparison Slider” device, I can see in vivid color schemes how drought conditions have changed over time. A year ago we were splotchy red, like a wound, this year we are a soft yellow, like a small rash. Things are looking up. And with a rapidly receding Great Salt Lake threatening to cause toxic dust storms and our very own EPA saying that, “In the coming decades, the changing climate is likely to decrease the flow of water in Utah’s rivers…” a snowy year is a welcome change. It’s also a sign of a wild and adventurous river season to come. 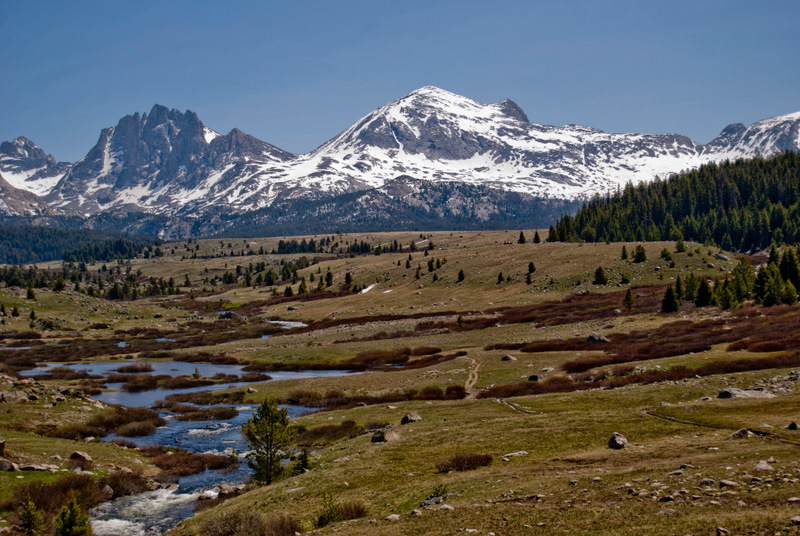 The only people who love a powder day more than the skiers are the river runners, (*and usually they are the same crowd)! That’s because snow, far more than rain, helps revive our rivers. It acts as a natural reservoir, locking up water in snowpack until the warm season comes, when it begins to mete it out bit by bit. According to the USGS,  As much as 75 percent of water supplies in the western states are derived from snowmelt. Recent science has shown that, contrary to the old paradigm, “a higher fraction of precipitation falling as snow [rather than rain] is associated with higher mean streamflow.” Let it snow, let it snow, let it snow!

One wet year is a great start, but it’s not enough to signify a change in long term trends. Drought conditions have persisted in Utah, on and off, for centuries. Some, including our very own senator, Orrin Hatch, use the history of aridity in our region to deny human impacted climate change, saying that we “have been far worse in the past, long before any possible human influences.” Peer-reviewed science agrees that we have been dry in the past, but they see this as a cause for concern: if we are already drought prone, shouldn’t we be more worried about Greenhouse gasses which will lead to “increased summer dryness”? I, for one, am worried for our starving rivers, our receding lakes. And until they are thriving, I won’t say one bad word about the snow. And in the meantime, I think I’ll go boatin’.