Beavers build hope for the West 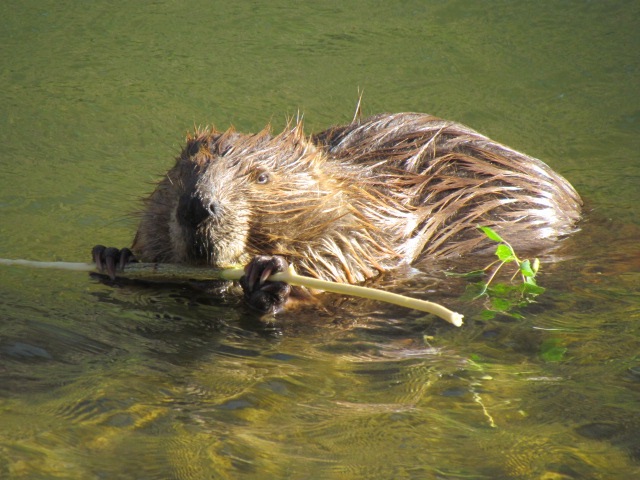 In the deserts of the West, the most precious resource is water, and that water has a guardian, and that guardian is a very big rodent.

We see their wet fur in glimpses, or startle at their warning slap on the water, recognizing that the danger they’re shouting is us. Or maybe we only see the construction (ponds and dams) and destruction (felled trees) they assiduously pile up around them.

Sure they’re just dog-sized, web-footed rodents, but spend a little time sitting still in the twilight and pre-dawn (beavers are largely nocturnal), and get to know them better. Because beavers have full and varied lives outside of our view, living for 5-10 years, mating for life, birthing up to 10 babies. The young (kits) stay in the parental lodge for around two years, and then set out to build their own families and engineer their own masterpieces. 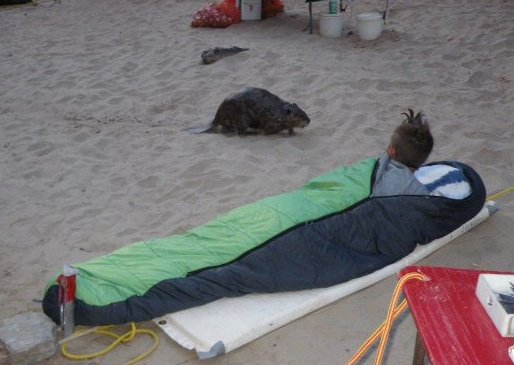 And that engineering is jaw-dropping. One of my closest friends is a persistent beaver-booster, and even still I was astonished by this video that briefly documents their daily labor. Some industrious humans tried to quantify the behavior of beavers in Utah, and found over 1200 beaver dams just in the Bear River Mountains of northern Utah. One dam they’ve built in a remote area of Canada was spotted from space long before anyone trudged through the marsh to visit it. It’s 2,800 feet long (nearly 8 football fields), and has been erected by a beaver dynasty over generations. (Not satisfied with their world record in dam size, these beavers are currently building several side dams which will probably be connected within the next ten years into a mega-structure about a kilometer in length).

Why do they do it?

Because they want to live in a deep pond. It allows them to have an underwater entrance to their lodge and won’t freeze straight-through in the winter (which also means they can store their winter food — tree branches — in an underwater refrigerator). And since deep ponds can be hard to come by, they just make their own.

But I imagine for the individual beaver, all this frenetic activity feels like nothing more than the pleasant fulfillment of daily desires. Their teeth grow and grow, and they delightedly wear down the bone through chewing their wood; their webbed front claws long to dredge up mud for patching dams. All their industry and forethought comes down to a willingness to work out their own little species-being every day.

If you can’t tell, I envy them.

And sure, I’m a weirdo who likes most rodents (don’t even get me started on capybaras), but appreciation for beavers is spreading to even very rational and serious adults. Joe Wheaton, who helped create Utah’s Beaver Restoration Assessment Tool (BRAT) champions their “cheap and cheerful restoration” of stressed watersheds, and as more research piles in, more and more are agreeing with him. Here are 5 ways beavers save rivers and streams: 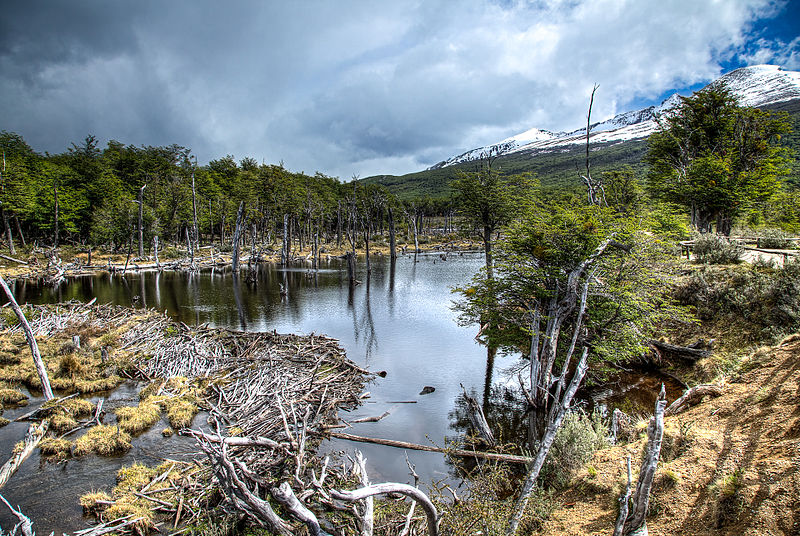 An article entitled “Scientists Acquire More Proof that Only Beavers Can Save the World” explains research in the results of beaver behavior on the biochemical level. One problem affecting our watersheds is that they’re loaded with nitrogen fertilizers used in agriculture. This nitrogen feeds a growth spurt in algae, which in turn sucks up all the oxygen and eventually leads to suffocated ‘dead zones’ where nothing else can survive. Scientists studying this damaging process have found that nitrogen levels drop up to 45% downstream of beaver dams. Beaver ponds, rich with organic material, undergo some chemical ka-zaam I’m not going to pretend to understand, and the upshot is more liveable nitrogen levels for the entire watershed.

Beavers help with flood protection by building a series of “speed bumps” along a river’s path, beaver communities slow floods and reduce the erosion they cause. This was the reason why decades ago they were parachuted into riparian zones in Idaho.

Beavers build biodiversity by increasing the complexity of streams, creating backwater and pools, beavers build new microhabitats for exponentially diverse plant and animal communities. These are nurseries for fish and critical habitat for endangered amphibians.

Beaver dams slow the stream. During the spring, this means snowmelt runoff won’t simply course through the drainage and disappear — a beaver dam can even restore perennial streamflow to some areas. The slower water causes sediment to drop, which improves water quality downstream. Slow flows also allow more percolation into groundwater, raising the water table — and this water can, in turn, re-enter creeks and streams downstream, in cooler seeps which are necessary for cold-water fish.

Though we think of beavers as lumberjacks, they’re actually busy sequestering carbon. The wetlands and meadows made by beavers are now recognized as important carbon sinks. No wonder Utah environmentalist writer Chip Ward calls them Flat Tail Climate Heroes.

Beaver benefits can easily be quantified, but there’s something else, too. A meadow and pond, the sounds of birds and frogs, and the splash of fish. This rodent builds beauty. That matters.

The etymology of our word ‘beaver’ probably only goes back to old words for ‘brown.’ That brown thing in the water. But the genus name of the beaver is Castor, which in ancient Greek means “he who excels.” The beaver is, literally, The Excellent One. And I’m reminded that in Greek mythology, Castor is called upon (along with his twin Pollux) as a guide and help to travelers and sailors. Those on the water need his help. 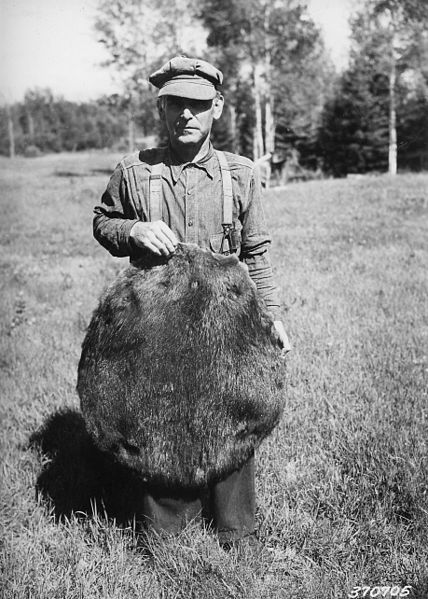 Beaver numbers have historically been decimated in North America. Where the rivers once touted between 60 and 400 million, we’re now down to 6-12 million. Though the bloody pelt trade that originally mowed them down is thankfully finished (provided hipsters don’t start demanding retro beaver-pelt hats en masse), humans still often see beavers as pests. Beavers dam up culverts, flood subdivisions, meddle with the carefully-manicured golf courses and find our landscaping trees delicious. But even in stuffy government corridors, a sea-change is coming for beavers. We’re recognizing that if we help them, they’ll amply repay the favor.

As Chip Ward put it:

Will introducing beavers onto wounded watersheds save the world?  The answer is: yes. That and all the other acts of restoration, protection, and restraint, small and large, individual and collective, taken together over time.  Sure, it’s not the same as the U.S. taxing carbon or China abandoning coal. Restoring a watershed doesn’t curb the corporations that reduce communities to commodities. But in addition to the global goals we support, our responses to the ecological crisis must be grounded in the places where we live, especially in the watersheds that nourish our bodies. 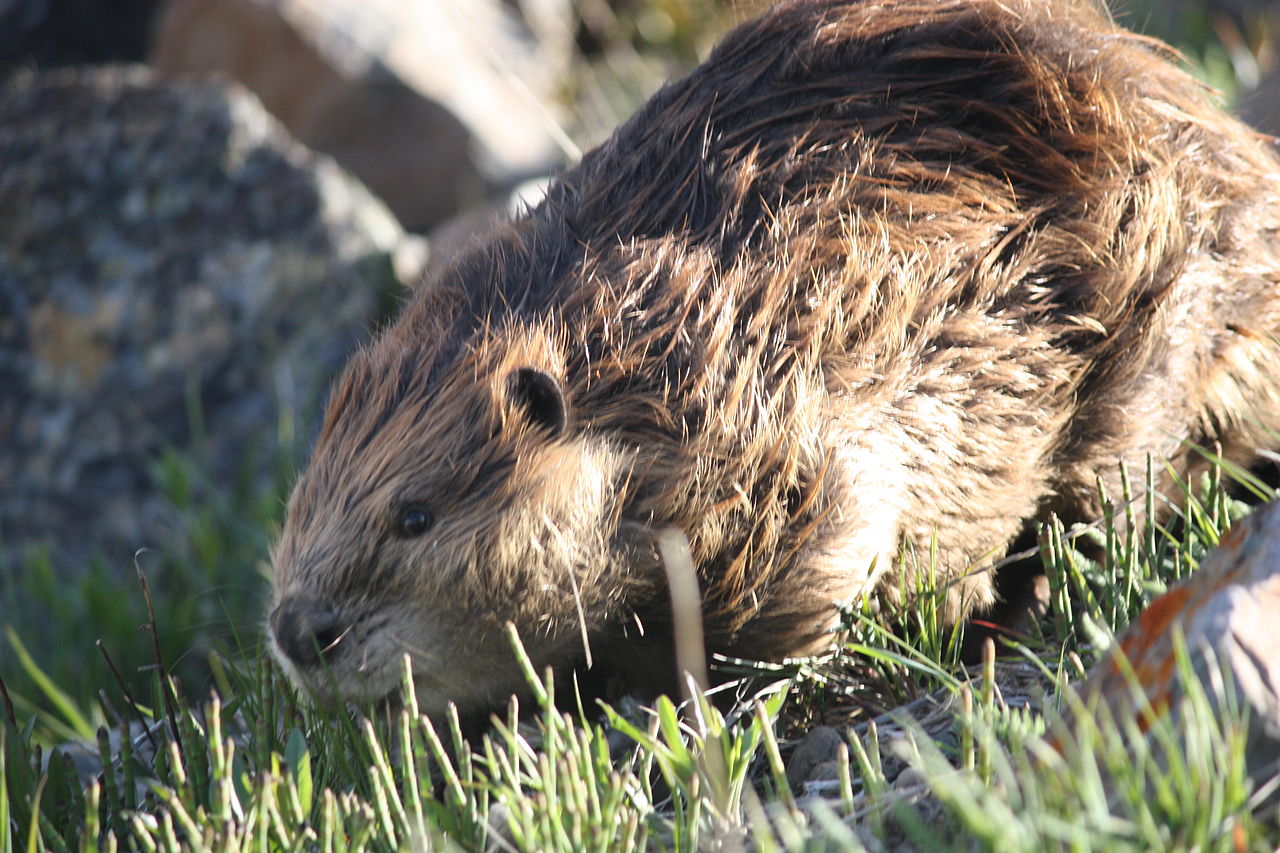 And when we’re at our wit’s end, it’s a tremendous relief to ground ourselves in our watersheds and learn to leave it to beavers.