Sacrifice Zones and The Water of White Mesa 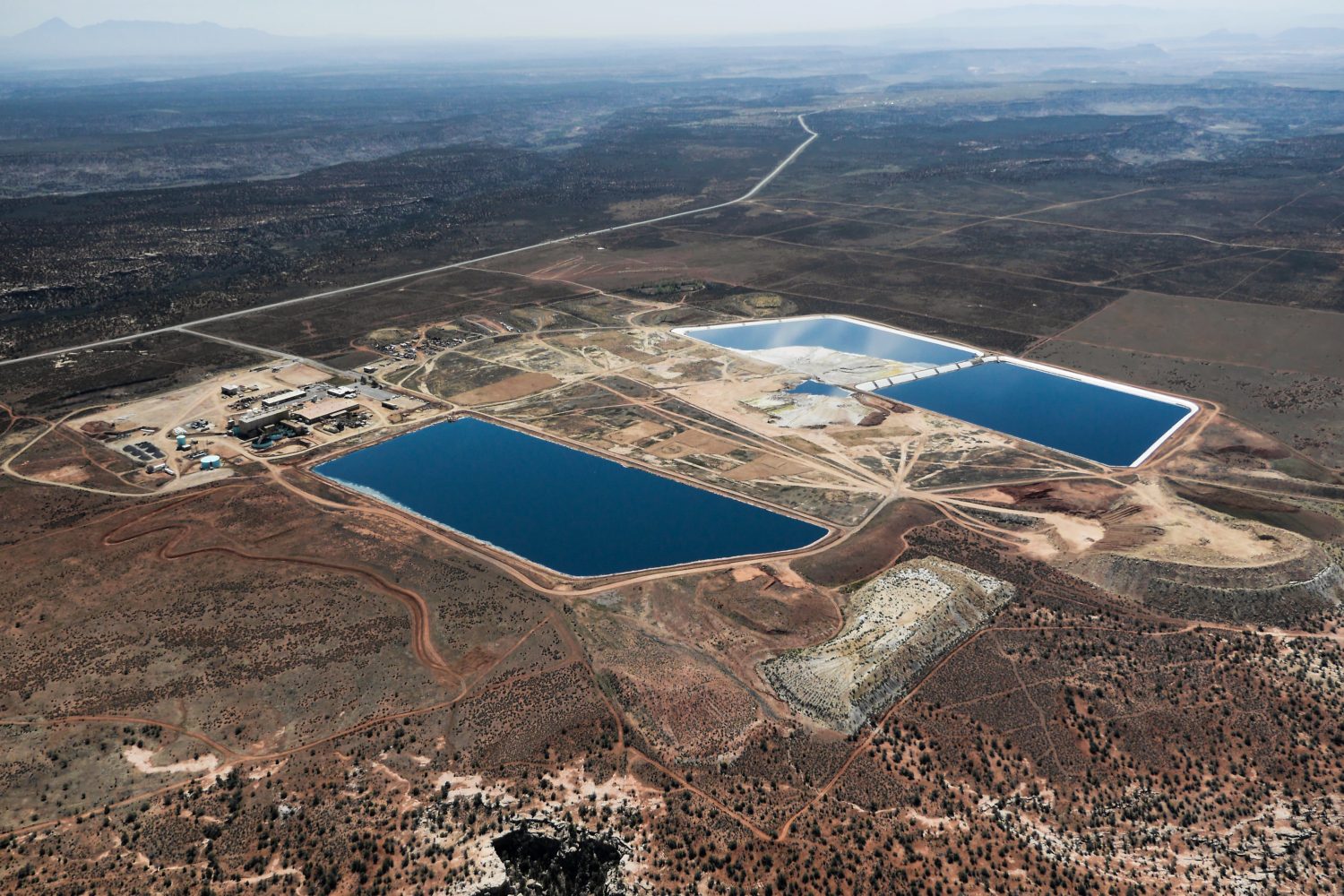 Those are my people and my place, the Mojave desert, which was blanketed by radioactive fallout during the explosion of thousands of nuclear bombs in Nevada. A sacrifice zone. I took a tour of the test site once, seeing the craters and surreal old neighborhoods of houses, built there for research and left like abandoned movie sets. My tour guide said he was the meteorologist for the site when it was active. “A good job. You could raise a family on that.” 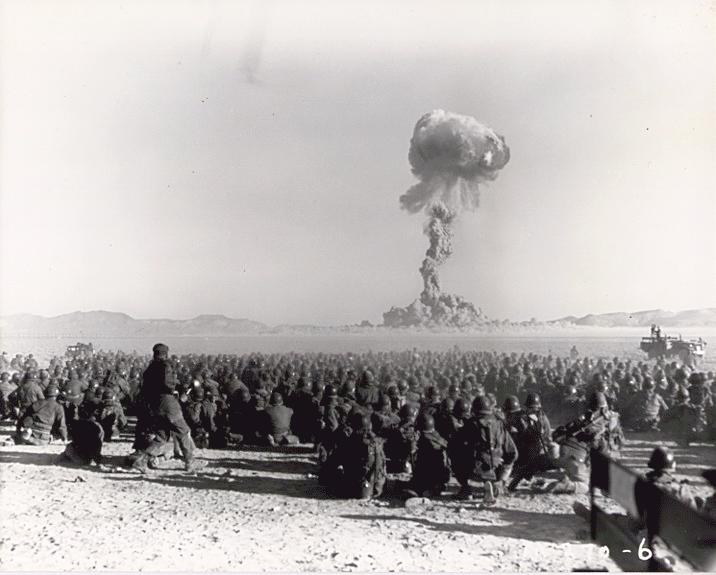 Meteorologist: the word settles on me cold. Ice in this hot flat desert. “So you would watch which way the wind was blowing?” I asked.

“So you watched which way the wind was blowing?”

“To make sure it was blowing toward southern Utah?”

“We didn’t want fallout in Las Vegas or LA, so I didn’t give the OK to bomb until the wind was blowing away.”

The fallout blanketed southern Utah. Three of my grandparents died of those cancers, and my mom followed a few years ago. And all the others poisoned in these towns and tribal areas. We are Downwinders.

But we weren’t a target, we were just the away. My tour guide was nice; he did his job; he raised his family; he was trying to protect people. They only needed an away for the wind to blow it to, and we were, after all, the low-use segment, the used razor blades.

I watch a man on a film, speaking softly. “Water is really sacred to us. You know, it’s life.”

His name is Malcolm Lehi, and he’s from the Ute Mountain Ute tribe. “Mother Earth supports us with life, and life is water,” he says.

He’s not only speaking his cosmology. He’s saying, quietly but with desperation: stop it. 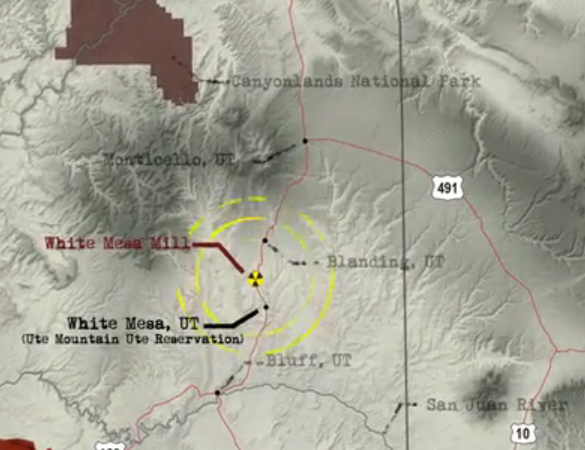 Malcolm lives one sacrifice zone to the east. His ‘low-use segment of the population’ is the Ute Mountain Ute Tribe, a people who were first removed to a reservation by invading white people, and then had that reservation carved up during a gold and silver rush in the San Juan Mountains (a pesky problem, when you think you’re leaving people worthless land and then find gold on it). During those years, his people’s numbers plummeted from disease and loss of land and water.

Now the tribe confronts the cavalier pollution from the White Mesa Uranium Mill, the last conventional uranium mill in the entire country, that sits just three miles north of them.

The film, Half-Life: The Story of America’s Last Uranium Mill, explains what it means to have a uranium mill for a neighbor. Radioactive waste is trucked in from across the U.S. and Canada. It runs through the mill and flows out as toxic sludge, held in huge square pools of water that cover 275 acres. The water is acidic, radioactive, full of heavy metals. The liners to some of the pools are a single layer of PVC, that was inadequate from the beginning and should have been retired over a decade ago. Water sampling between the mill and the tribe’s lands already finds the groundwater — the main source of water for the people of White Mesa — is turning acidic and filling with heavy metals.

The Canadian company that owns the mill is called Energy Fuels Resources, a name bland and unmemorable as mush, but with that awkward double-plural. They say everything is fine.

I stumble across the official list of environmental violations, of times Energy Fuels Resources was found by regulators to be endangering the well-being of its workers and neighbors. In the pages of violations, there are a few doozies that cost the company a few hundred or thousand dollars in fines. But again and again, mind-numbingly, under the column labeled “Penalty,” I read the word “None.”

The film, created by the Grand Canyon Trust, explains the bare economics of this mill. Turns out it’s a ticklish business to store radioactive waste anywhere, but you can send it to the White Mesa Mill, run it through once, and thereby it morphs into mill tailings, meaning you can keep it onsite in the pools. The Phoenix New Times calls the entire process “a radioactive version of money-laundering.” You typically think of mills as places that produce a product, but this mill mostly makes its money churning out waste.

And after? This is another part of economics. A mess like this takes millions, maybe hundreds of millions of dollars to clean up. The uranium tailings near Moab, on the banks of the Colorado River, will cost around $1 billion. This is the au revoir of uranium companies like Energy Fuels Resources, their blown kiss: cut and run, and taxpayers pick up the check. 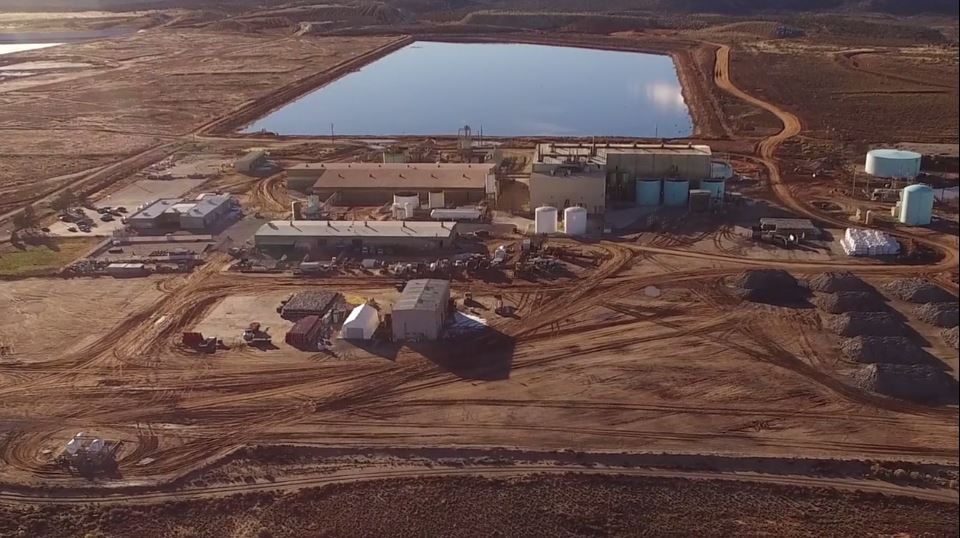 Sacrifice is tied, historically, to the word sacred. Malcolm says water is sacred. The company Energy Fuels Resources has made no comment on what they consider sacred. Though its website does repeatedly get excited about “enormous production scalability.”

It probably comes down to a very basic question: in this place, will water be sacred or will it be a sacrifice? And human life?

Without discussing these questions, we’ve de facto decided the Colorado Plateau is a sacrifice zone, and the Ute Mountain Ute Tribe will be the ones sacrificed.

But even if that only makes a decision-maker shrug, then there is also this, known by those downwind and downstream: the sacrifice always leaks. It always goes further than you planned. You think you can establish a sacrifice zone, build strong borders around your ‘low-use segment of the population.’ You are wrong. Pollution is unruly.

The winds blow and the groundwater flows, and no meteorologist or hydrologist can keep you safe. Underneath the groundwater used by the Ute Mountain tribe uses is a deeper aquifer, the Navajo Aquifer. This is the water that feeds Southeastern Utah and Northern Arizona, towns like Blanding, White Mesa, Bluff, Kayenta, Tuba City, Hopi Villages. And beyond that, the aquifer feeds into the San Juan River, which is a major tributary of the Colorado River. 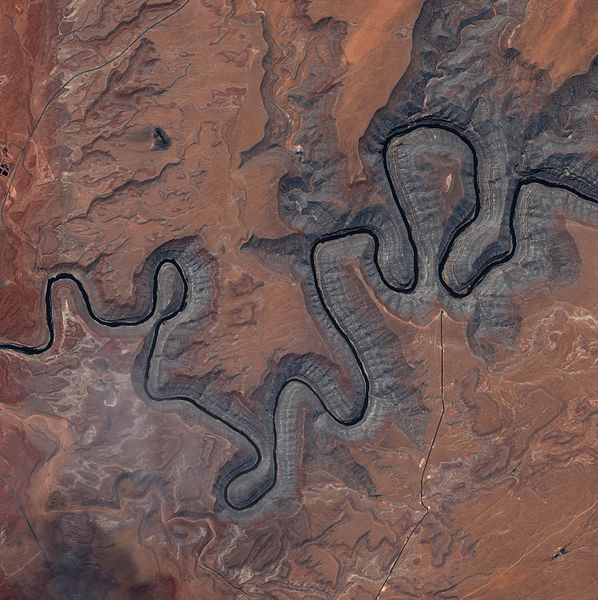 And even people far from the watershed are drinking from the Colorado. 40 million of us, most of whom will never set eyes on the Colorado River. The sacrifice zone spreads.

And the waste flows further. The waste of money, this awful expense. The taxes paid and social programs cut or never implemented, because frowning legislators intone the term ‘fiscal conservatism,’ while shelling out hundreds of millions for companies who can’t clean up after themselves.

You look for an away to dump the waste, you find yourself back home.