Running Rivers During a Drought – is the Colorado River too Low to Float? 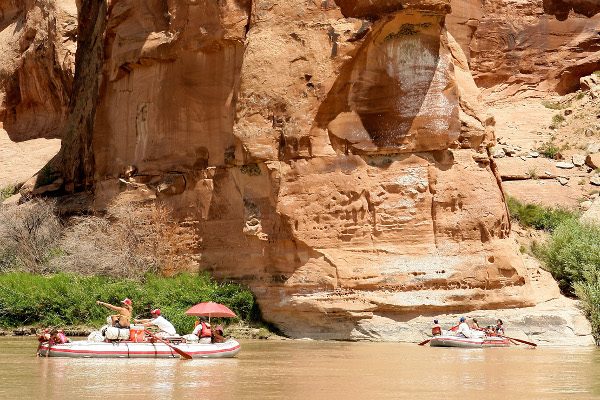 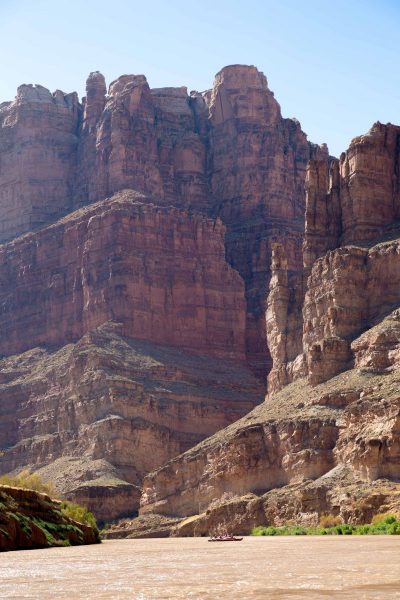 With all the news about the historic low levels of Lake Powell and Lake Mead and the prolonged drought across the southwest, many of you may be wondering: is there enough water to go rafting? The short answer is yes, there’s still enough water to float a boat down the canyons of the Green and Colorado Rivers. The longer answer is, well, complicated.

How much water flows down river is an issue of enormous concern, not least of all to river runners. Shrinking snowpack, record-breaking heat, and sparse rainfall are exacerbating a problem that western water managers have been dodging for years: the Colorado River’s water has been over allocated. Put another way, the river’s checking account is overdrawn, and we’re starting to see the first bounced checks. There are two key pieces of history to understand. First, the Colorado River Compact, signed in 1922, which divided the river’s flow between the seven states of the Colorado River basin (Wyoming, Colorado, Utah, New Mexico, Nevada, Arizona, California); and second, the Colorado River Storage Project Act, authorized by Congress in 1956, which built the dams that were meant to ensure that each state got its share of water. The problem is that over 15 million acre feet of water were allocated to the seven states and Mexico, but the average flow of the Colorado River is closer to 13 million acre feet, and—due to climate change—that number is shrinking.

Leaving aside for the moment the inherent deficit in the system and the aversion that most river runners have toward dams, it is dams and reservoirs that keep the river flowing during a drought. Each of the dozens of dams that hold back the Colorado River and its tributaries is obligated to release a certain amount of water to meet the needs of downstream users. Some dams, like Flaming Gorge in northeastern Utah, are required to release a year-round, minimum “environmental flow” to sustain plants and animals that live in and along the river. And in 2021, the Bureau of Reclamation (the federal agency that oversees the management of most western water storage projects) has called on several upstream reservoirs to actually increase their releases in an attempt to keep Lake Powell alive.

We’re grateful to be able to run our river trips on dam-released waters, but every year brings new challenges and questions about the resiliency of the current water management system. The reality is that dams can only keep the rivers flowing when their reservoirs are replenished by snow and rainfall, both of which are dwindling. Every trip provides an opportunity to have a conversation about what the future might look like and what our role will be. What does it mean to live in the semi-arid west? And what choices can we all make in our lives to reduce the impacts of climate change?

Susan Munroe is a reader, writer, traveler, and river guide. She moved to Utah from New Hampshire for the mountains, but it was the allure of the desert and its rivers that have truly kept her transfixed. More than eight years after she first came to work for Holiday River Expeditions, she still can’t get enough of life on the water. Susan spends her winters skiing and working in Salt Lake City, Utah, with frequent trips to southern Chile to run the Río Baker and support the work of the educational kayaking exchange program Ríos to Rivers. See more of  Susan’s work here: www.susanmunroe.com, and photos of the river life here:  www.susanmunroe.zenfolio.com.