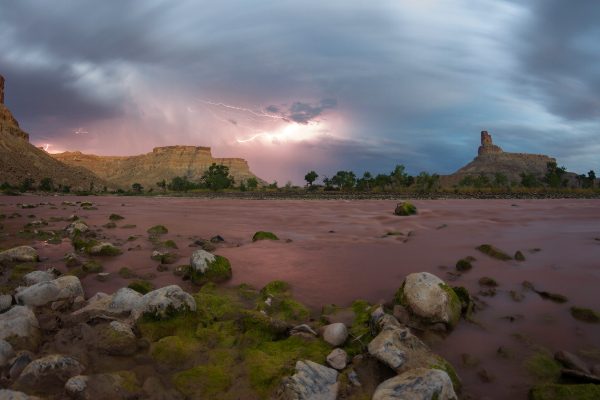 If you find yourself with a few extra hours in the fair metropolis of Green River, Utah, there’s no better place to spend them than in the John Wesley Powell River History Museum on East Main Street. It’s a modern building located, fittingly, right next to the Green River. Here you’ll find the exploration of the Colorado River system and the development of its river guiding industry laid out in fascinating detail. This would be a notable museum in any big western city, but here it stands out as a wonderful effort of the citizens of this little town (population 800, more or less). 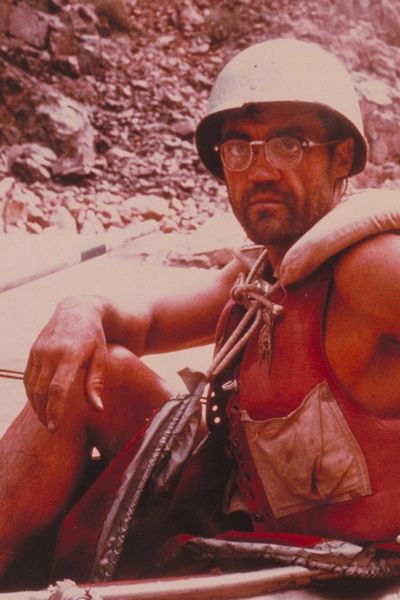 Les Jones at the lower end of the Grand Canyon in 1963. Photo by Ulrich Martins, from the Otis Marston Collection, Huntington Library.

Of special interest, this fall is the museum’s River Runners Hall of Fame celebration on Saturday, October 1, which will see the induction of three new members who made significant contributions to our understanding and enjoyment of the Green, Colorado, and San Juan Rivers. This public event will run from 3 to 8 p.m. and include a benefit dinner. Here’s a quick look at the individuals to be inducted: 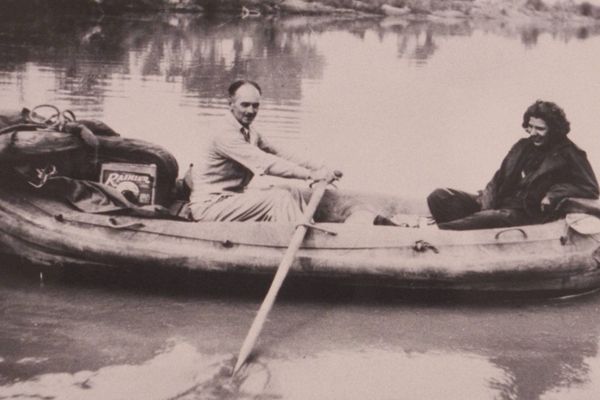 Harry Aleson and Georgie White at the start of a Cataract Canyon voyage in 1947. Otis Marston Collection, Huntington Library.

Les Jones of Heber City, Utah, began his boating career at the age of eleven, and over the course of his long life, he made numerous descents of the Grand Canyon and other southwestern rivers, many of them solo. He filmed and photographed his descents by mounting a camera on top of a football helmet—an early version of GoPro! He used this information to annotate the U. S. Geological Survey’s topographic maps of the Colorado River, which became the basis for the first river runner’s guide to the canyon, which Jones printed in 1962. Extraordinarily detailed for the time, they identified rapids and historical features, and are collector’s items today.

Harry Aleson, an Iowa native, was one of those footloose adventurers of the early- to mid-twentieth century who felt the currents of the Colorado River calling to him. During the 1930s he began making motorboat runs into the lower Grand Canyon upriver from Lake Mead, but was unable to attract a steady clientele. During World War II he fell hard for the allures of Glen Canyon, the 186-mile-long stretch of the Colorado above Lees Ferry. He formed a partnership with Charles Larabee, another pioneer in the river outfitting business, and began offering two-week trips down Glen using war-surplus rubber rafts, which enabled the transport of more passengers and better gear. Aleson became known for unusual stunts such as the times he and his friend Georgie White, herself a river running legend, floated down the lower Grand Canyon without a boat, using only their life preservers to stay above water. 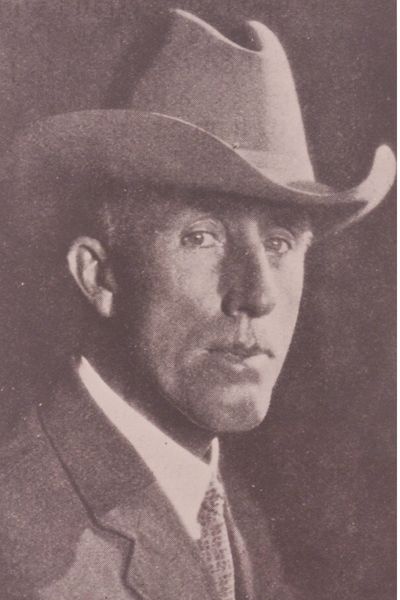 Dave Rust, a Renaissance man of the canyons, has long held a special interest for me. A Utah native, he grew up herding his family’s livestock in the remote deserts around Caineville, east of what is now Capitol Reef National Park. In 1897, at the age of twenty-three, he joined his brothers in a quest for placer gold on the Colorado River in Glen Canyon. It was there he realized that guided tours of the river might net more income than shoveling sand into a sluice box. After moving to Kanab and starting a family, he oversaw the construction of the first tourist trail from the North Rim of the Grand Canyon to the river, where he ran a tent camp to accommodate adventurous tourists. Some of these travelers partook in Rust’s signature horseback journeys into the most remote sections of the Colorado Plateau. Finally, in 1922, Rust fulfilled his dream of taking clients down Glen Canyon, using sixteen-foot canvas-covered folding canoes, which he shipped by U.S. mail to the put-in at Hite. He continued these voyages until 1941 in what was arguably the first river outfitting venture on the Colorado River. An educator by profession, Rust believed in sharing his immense knowledge of the land, people, and history of the Colorado Plateau, and his trips became a kind of roving outdoor classroom for those lucky enough to experience them.

CLICK HERE To register for the October 1, 2022, River Runners Hall of Fame event.

Fred Swanson writes about the public lands of the West from his home in Salt Lake City. His book Dave Rust: A Life in the Canyons won the 2008 Utah Book Award for nonfiction. His website is www.fredswansonbooks.com.