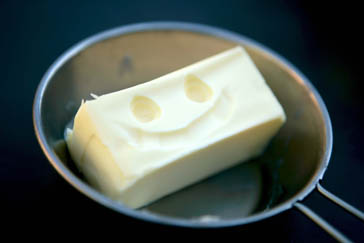 “Westwater’s back!” Sean shouts into the bunkhouse as he sprints past, rousing the warehouse staff from late afternoon naps under the swamp cooler. No one needs to be told twice; we all know the routine, and understand that unloading and cleaning up after a trip is a team effort. And on Team Holiday, Sean D’Amboise is definitely one of the captains.

By the time the rest of us are out the door, Sean has already leapt to the top of the rafts on the trailer and is unloading white river bags, passing them down to the other guides. Then he’s running to the boatyard, grabbing carts and wheeling them towards the boathouse, already anticipating the next three steps in the post-river-trip routine. This isn’t his trip – he’s been at the warehouse all day – but he pitches in with the same energetic, positive attitude that he applies to every aspect of his life.

“Sean is FAST. And a hard worker,” says Mike Quigley, a first-year guide and friend of Sean’s from their winter job at Brighton Mountain Resort. “He’s a know-how kind of guy, and what he doesn’t know, he’ll do research to find it out,” Sandra Turay adds. During his first year with Holiday, he made an impression with his refusal to let a little thing like inexperience get in the way of his completing tasks. When he saw “patch boats” on Tim’s to-do list, he found some instructions and started patching, to Tim’s dismay: “You did WHAT? I patch the boats! You haven’t been trained in this!” The surprised but stubborn Sean’s response: “Oh! I didn’t know. But…I think I did a good job, come see!”

It was also during Sean’s first season that he earned his nickname. Flashback: A tight cluster of guides is killing time online reading about dengue fever, or “bonecrusher disease”. “I want my nickname to be Bonecrusher!” a voice announces from the back of the group. A senior guide sizes up the thin, blonde rookie who’s just spoken. “It says here that to prevent the disease you have to drink a lot of grape juice. How about that for a nickname? …Juice. You look more like a Juice.”

“Juice,” or “Sean Juan,” after his favorite river, the San Juan, is rigorous, both as a trip leader and in his personal life. “He’s a good teacher on the river. He was really demanding, but also patient with me,” Sandra says. Sean can often be found in Holiday’s makeshift warehouse “gym”, stretching and exercising. In our transient, chaotic, communal existence at the Holiday warehouse, Sean draws on a strong personal commitment to make healthy choices. He greets friends, guests, and coworkers alike with a genuine smile and a brief touch or squeeze on the shoulder. But he also has a mischievous streak, and a giggle to go with it. “Costumes. Sean has lots of costumes.” Mike raises his eyebrows in emphasis. “No, really, LOTS of costumes.”

It’s after dark at the Holiday warehouse. Guides are glued to their computers in the kitchen, sleeping, or watching a movie in the bunkhouse. It’s a typical quiet night, except for the unmistakable spicy strains of Latin music pulsating from the brightly lit warehouse. A certain distinctive giggle can be heard during pauses in the music. “Juice! What are you guys doing in there?!” Julian shouts, looking up from his computer. “Salsa dancing!!” Sean shouts back, and giggles again as he spins his dance partner in their thirtieth attempt to master the basic turn–cross body lead combo. “We’ve almost got it!”

Energetic, fun-loving, motivated, and kind, Sean is a strong leader, one who is willing to learn, one who constantly strives for self-betterment. And as one guide put it, he’s a perfect fit for Holiday: “He really is just a positive, Go With the Flow kind of guy!”