Of Tasmanian Devils and Women 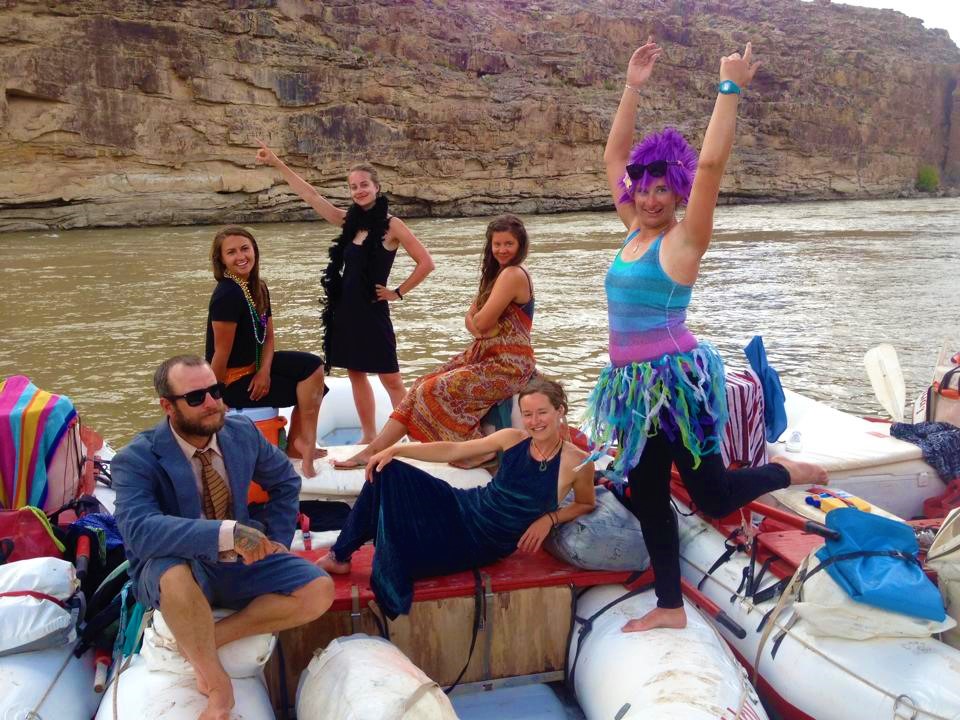 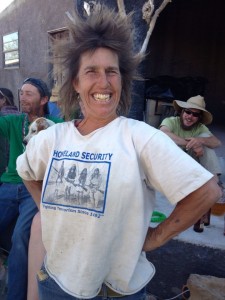 Of Tasmanian Devils and Women. I celebrated by having a conversation with a Holiday River Expeditions river running legend (and a warm and beautiful human), who’s known for helping to create a culture of respect — and wild-romping fun — in the rafting community.

Tammy Besmehn’s her name, but on the river she’s known as Taz — as in Tasmanian Devil. “Well, not just on the river,” she admits. “The name’s stuck. Some places I’d get my paychecks made out to the damn cartoon character – and the bank would cash them.” Taz, who’s five feet tall and all wiry muscle, shrugs and says it might have something to do with her energy.

This river-running spitfire was raised on a farm in rural Minnesota, where she was expected to do much of the physical labor (“My parents had girls before any boys, and expected us to do any work a boy could do”). From the start, Taz knew she wanted a life that allowed her to be outside, using her body and her boundless energy.

Taz first came to love Utah in the 80’s through the thrill of skiing through powder on the mountains, but then with the spring, something new sprouted into her life.

“My ski-bum friends got talking about whitewater and sandstone, and I thought What — they pay you for that?” She went to Dee Holladay and asked him for a job, and he gave this 110-pound girl a chance to guide.

The river-running Tasmanian Devil was born.

In the decades that followed, Taz became a leader on the river. “I’ve been damn lucky to work with people like Dee Holladay, who treated me real fair,” she says. Taz recognizes that many female guides have to work harder to prove themselves – and sadly, with some river companies they won’t get paid as well as the men or graduate to trip leaders as quickly.

“You know, it’s not as easy for a young woman to jump in and do what we do, because chauvinism’s still wide-spread in our culture.” Taz found ways to work around the obstacles. “My first trip I figured that if I didn’t want to row my oars clear up at my eyeballs, I’d have to build a booster seat,” she says. “So I made one, and I carried it with me on every trip.”

“I still have that booster seat,” she adds. “Tied to the rafters.”

At Holiday, she became respected as someone who could read the river. She bonded with her fellow female guides. “I think women tend to read water better than men,” she says, “because they learn early they can’t always rely on brute physical strength. I watch some of these hulky guy guides – all solid, beautiful muscle-meat – and I know that to do what they’re doing, I’m going to have to set up the angle sooner, and go in more steeply.” 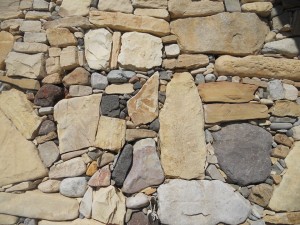 Working from one’s own strengths is a principle Taz carries to other areas of her life: “I do stone-masonry, and I built my own house. If I can’t lift the heavier rocks, I just use smaller ones,” she says. “Anyone can build their own house – they just might need different rocks.”

And her incredible abilities and tenacity have taken her far and wide. “You know,” she said, “I think about Dee Holladay giving me that chance. And since then I’ve run rivers in Africa and in Chile — I’ve been at the bottom of rivers all over this world. I didn’t mean to go deep – it’s just where the river takes me.”

(Incidentally, speaking of adventure: on that Chile trip she found herself swimming over a mile in class-five whitewater, it took another eight miles to catch her kayak.  And on a trip on the Zambezi river she hiked out with oars strapped to her femur in a make-shift brace after possibly breaking it – “One day I’ll have a doctor looks at those x-rays and tell me if it was broke or not”)

But she also enjoys the quieter moments. She says the women’s trips which Holiday does are “a ton of fun.” “Women’s groups often aren’t used to doing the things that they’ll see the guides doing. Suddenly they’re with this whole herd of competent, strong female guides. I think it’s inspiring to people – especially young people.”

“What is it that kept you going all these years?” I asked Taz, expecting her answer to be about adventure and power and adrenaline. But she spoke to something much larger than that: 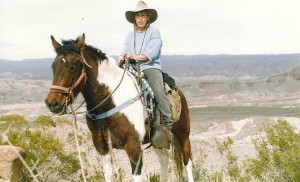 “Yes,” she said. “Wilderness is a pure way of living. I like how Mother Nature makes us feel small. I love how the river puts people in their place. I sure don’t like seeing anyone suffer, but I do love how wilderness can teach us that we’re small in the scheme of things. We are teeny-tiny itty-bitty, just like every other creature in the world.

“But also,” she added, “all those teeny-tiny creatures count. Every wing-beat and ripple on the water. You know, with the wolves in Yellowstone – they reintroduced them and it changed everything. Even rivers are changing the way they flow, because the deer graze in different places.

“That’s what we’re like – we’re little things, but every little thing makes a difference.”

I asked Taz “What would you most want people to hear in a piece about you?”

She answered: “If people are feeling off-balanced in their lives, and don’t like the direction it’s going, maybe they should think about saving the wilderness. Because when you step out into the wilderness, it becomes quiet enough to find peace and hear the messages we need to hear. If we have no wilderness, the world’s going to get much more off-balance. I think it’s ultimately important to keep our wild lands around.” 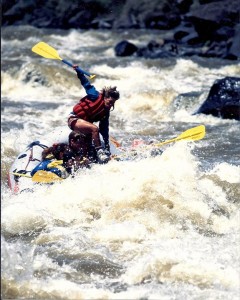 Taz told me that she keeps herself in shape to be a rockstar river guide, but is currently caring for her aging father full-time. We talked about what this journey means also, as she guides someone she loves down a different kind of river. I realized I had called Taz up thinking I’d have a light-hearted conversation with someone I’d never met, and found myself talking about life’s deep truths with an astonishingly wise woman – a woman whose wisdom was born out of sheer grit and wonder in the face of the West’s most spectacular places.

“You know,” she told me before we said goodbye: “we’re not supposed to live forever. The only thing we know for sure – our only guarantee – is death. And yet it’s the one thing we have no clue how to deal with.”

“At some point,” she said, “wouldn’t it be nice to embrace this too as part of this wild life?”

Who are your Wilderness Sheroes? Share your memories of them and words of appreciation in the comments below!