Of Legends and Men: 3 years without Dee 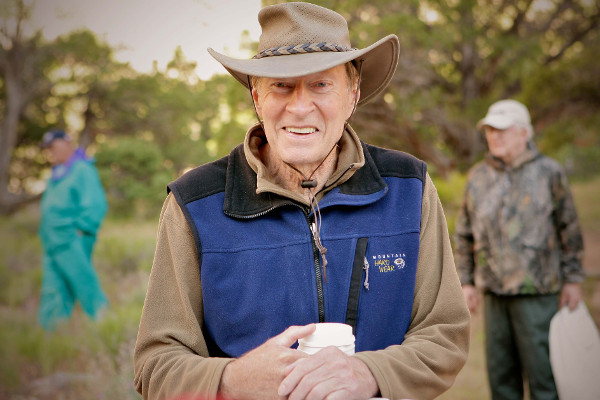 Dee Holladay was a legend as much as a grandfather; as much as a man.  A legend is at its root an unauthenticated story, a fable… a myth.  Dee was none of those things; he was real and true and right-in-the thick of things getting the job done his whole life.  To think of him now, after his passing as a ‘legend’ seems surreal, but as with anyone who passes, it’s the stories folks tell about them that live on and slowly make them into either the man or myth their continued legacy is built upon.  I’d like to talk about the man. I hope to speak about only what was real. 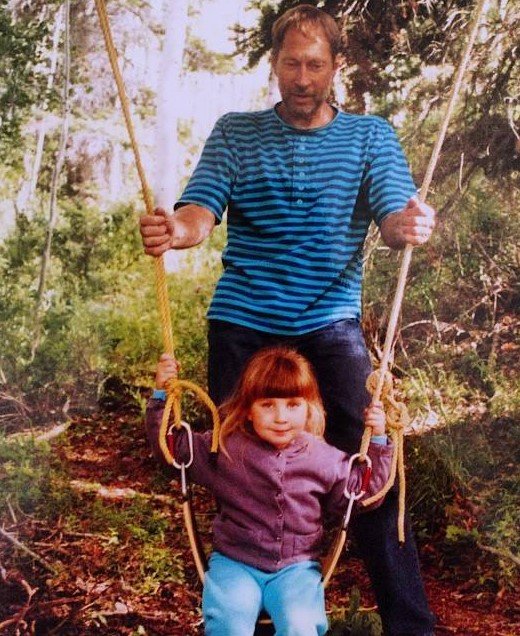 I grew up toddling around in the loamy mountainsides of the Wasatch front, following my grandfather’s knobby knees as he ambled around his cabin. He had such a distinct gate; like every step took him walking into a new room; such purpose. I remember walking down a switch-back trail through aspen groves, to a clearing between two large evergreens where Dee had rigged ropes for a swing; he took out two carabiners and clip in the seat.  He picked me up with strong furry hands and lodged me into the infant swing… and then… I flew. He walked me up-up-up, back up the steep slope of Lambs Canyon, and then released and my tiny body would soar out 10-20-30 feet it seemed out above the forest floor. It gave me such a terrifying thrill from such a young age. He was always interested in experiences, in pushing one’s comfort zones and sharing those experiences with those he loved.  And he loved a lot of people.

That was the first face of Dee I knew.  But there were others I would come to know as I grew up and saw him as an animated extension of the river itself. As someone who loved the natural world so much he carried it with him wherever he went. As someone with an obsession, in my teen years, it was hard to get him to talk about much else besides the difference between a serviceberry and 3-leaf sumac, or how to identify bear scat.  But his biggest and best obsession was on the water itself, behind two red wooden oars. I’d sit awkwardly across from him with my own pre-teen knobby knees butting up against his as he cupped his hands over mine showing me how to move my whole body with the currents. How to “go with the flow”. He never put me in a situation I couldn’t handle and he was always there to intervene if the waves overcame my understanding of them.  Alongside my parents, Dee helped me grow into my young sandy silty self on the shores of the Green, Colorado, the San Juan, and the Yampa rivers. 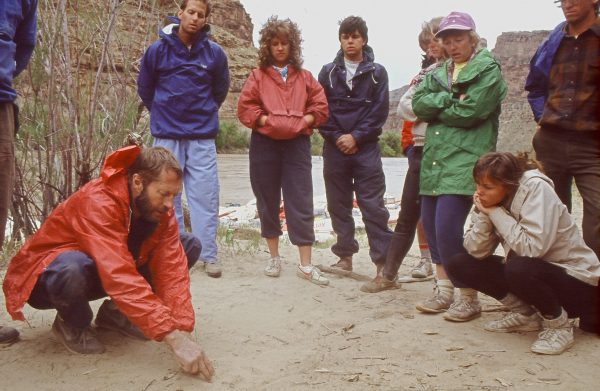 What I didn’t appreciate till later in life was how NOT unique my story was. Yes, my age was likely a bit younger than most of his trainees, but that same measured calm leadership, careful encouragement, & eagerness to integrate new and better nuggets of information about the world around him was at the core of how he ran Holiday River Expeditions. I was too young to know then, but after over 29 years of hearing stories, I have come to understand he was very much that man to most everyone he met.  From 1966 and his first commercial river trip to 2015 when he left this earth, the stories about Dee remained the same: his dedication to seeing and cultivating the best in people and the world around him remained constant. It’s understandable why this kind of person could be seen as more myth than fact; few have such character.

The legend may have died but the true heart of Dee still thrives in all the colorful and varied individuals he impacted. In the people he changed along the way. In the guides, family, and friends that remain, and the unique space he carved out for wilderness lovers across the Colorado Plateau.


Even still, with all of Dee’s ethos surrounding me; I still miss him deeply. I still yearn to see his knobby knees ambling down from shore to the river’s edge. It makes sense there are so many ghost stories on rivers, these canyons were built to hold onto people’s hearts.

***Please share your memories with Dee to help keep his memory alive in the comments below.