My What Big Teeth You Have Boat Names: A History, Part IV 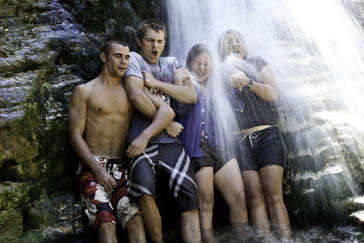 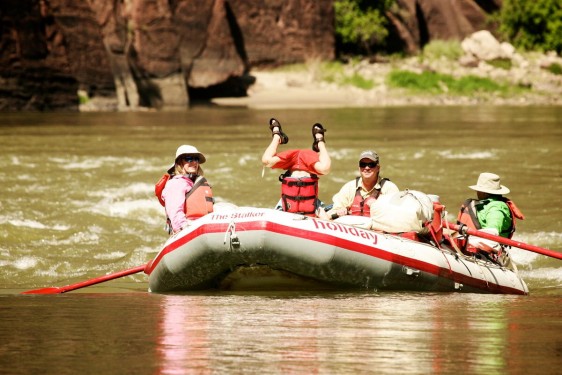 What boat did you or will you ride in, and why on earth does it have that particular name? Founder Dee Holladay wanted people to ask exactly that, so he named the boats after interesting local people, places, and things. If you wonder why your boat is named The Stalker or The Slasher, don’t worry—there really is a good explanation! The American Southwest is known worldwide for its frequent stunning dinosaur fossil discoveries. Those ancient creatures roamed these landscapes millions of years ago, ruling over dino-sized empires and sending prey quaking into the bushes at the sight of their fearsome teeth and claws. 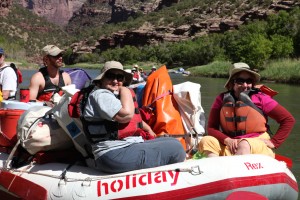 Rex was perhaps the most terrifying land-based creature to ever walk the planet. Officially known as Tyrannosaurus Rex (Latin for “king of the tyrant lizards”), T. rex or Rex could measure a whopping 42 feet long and weigh about seven tons (yup, as in 14,000 pounds). Rex could also haul along at about 15 miles per hour despite being so huge, so if you were prey, you’d better have been able to run faster. Back in the day old Rex liked to wander around what we now call Utah. Floating along in the Rex boat today, let your imagination run a little wild and ponder being the ruler of all those tyrant lizards. Life must have been pretty sweet if you were a Rex.

Unktehila –
This mouthful, which actually sounds fairly smooth when you get the hang of it, is often depicted in ancient Utah rock art. Believed by several Native American traditions to be a dangerous water monster, legends of the Unktehila were most likely inspired by ancient discoveries of dinosaur fossils such as our pal Rex. Beware the ferocious Unktehila, as it may prowl through your dreams in the water-carved canyons of your river trip. 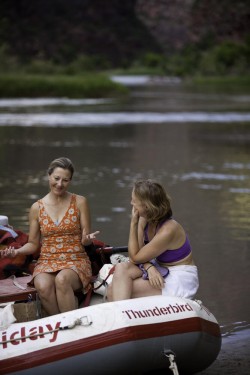 Thunderbirds hold mythological importance in many native cultures, including some in Southwestern states such as Utah. Held to be large, ferocious birdlike creatures, thunderbirds possibly entered into human stories based on ancient discoveries of Utahraptor fossils. Supposedly, a thunderbird’s giant wings fanned the air currents and caused ominous, rumbling thunder. A thunderbird was considered to be a formidable foe and one it was unwise to anger.

The Utahraptor (“Utah thief”) was a decidedly fierce dinosaur with birdlike qualities. A meat-eater, its big claws and serrated teeth meant buh-bye to the prey it ran down. Of four toes on its feet, the second toe was the business end of the matter: it measured about nine to 15 inches! Considering that this Utah thief was about 16-23 feet long and weighed around 2,000 pounds, we’re quite thankful the only part of it around the rivers these days is its name on our boat.