Monsoon Season on the White Rim; The Wrath and Beauty of Desert Storms 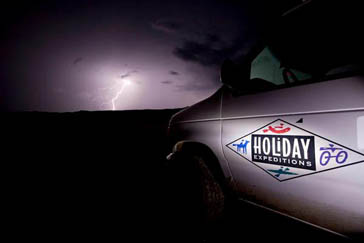 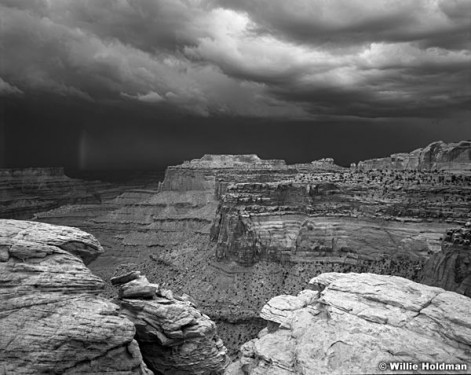 Rain in the desert is about as plentiful as gifts from Scrooge. Yet just like this old miser, a transformation of sorts takes place when the monsoon season visits the desert. I felt this powerful and outspoken generosity while riding the White Rim Trail in early September. To be honest, I was dreading the hot weather and shadeless sky. I didn’t expect to witness so much action—sublime in power and mood—as thunderstorms rolled across the desert.

The monsoon season—derived from an Arabic word meaning “season” or “wind shift”—generally runs from July through mid-September in Southern Utah. The North American Monsoon involves a shift in wind patterns in the summer as Mexico and the Southwest heat up. This heating results in a surface high pressure center that initially forms over northern Mexico, and then moves near the Four-Corners region. As this happens, the flow reverses. The prevailing winds start to flow from moist ocean areas into dry land areas. 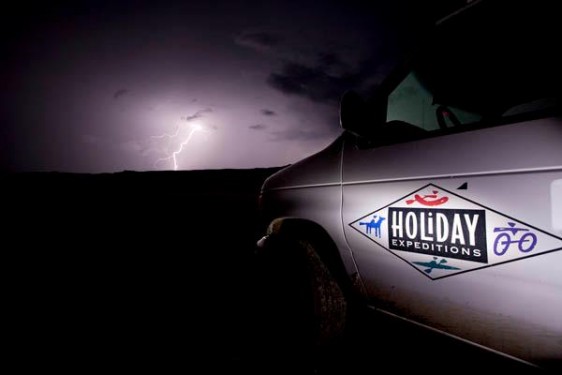 That’s the science of it—but this is not what was on my mind as I experienced these thunderstorms from the sidelines. Like the swift, grey ships moving through the desert with plenty of horizon, we watched the dark, gathering clouds drop curtains of rain, obscuring the red-rock formations right below them. Lightning flashed down to the desert rock like exclamation points. Thunder growled, warning us to stop and watch, and soak up the dramatic scene playing out.

While my body welcomed the swish of wind and the mist on the sidelines, behind us was a scene completely unaffected by the storm: a warm blue sky with lazy white clouds drifting by. It was like watching a person who was simultaneously hostile and hospitable—two opposite moods passing one another. 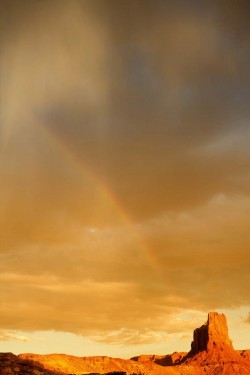 Each day, we witnessed these thunderstorms at play, and with luck, they always skirted by us without ever completely encompassing us. We would ride through the wake of what they left behind. Coming around a corner onto a plateau of slick rock, I stared with wonder at the dozens of desert tide pools reflecting the blue sky above. I soaked and cleaned my feet and dusty legs in one of these warm pools later on. I started noticing the deep green sprigs of certain plants and the occasional bloom—gifts from the monsoons.

One early evening while relaxing before dinner, the close proximity of one of these thunderstorms sent wind swirling through our campsite. From my tent, I watched as a dozen dust apparitions marched by—these slender dust devils drifted right off a ledge overlooking the Needles District of Canyonlands. It was haunting in a beautiful way, completely new to my mind-image inventory.

These storms are short-lived, preoccupied with where they are going, moving swiftly across the desert. Yet the desert is altered by their presence as was I. Like the “storms” of our own lives, they do move on and generally result in growth. 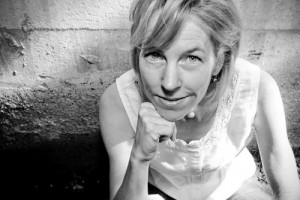