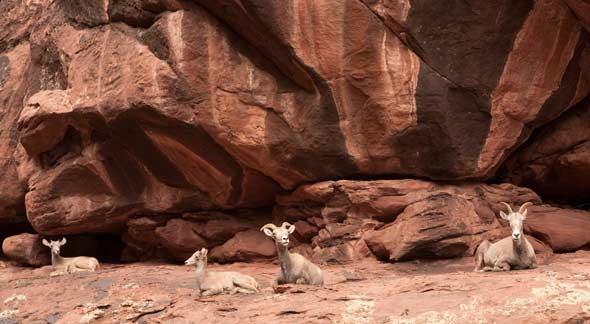 The founder of Holiday River Expeditions, Dee Holladay, hits the Yampa River at the age of 74 to commemorate 45 years of business and his experience on the river when Warm Springs rapid, one of the 10 biggest drops in the country, was formed

SALT LAKE CITY, UT (DATE) – Dee Holladay, founder of Holiday River Expeditions, ran the Yampa River this June and took on the Warm Springs rapid at more than 26,000 cfs to commemorate the anniversary of its formation. Warm Springs rapid is ranked one of the 10 largest drops in the country, but even at 74-years old, Dee was determined to run the river despite its record year.

The current river conditions are, in fact, not unlike what occurred on June 10, 1965 when the rapid was formed. Excessive rainfall that year caused flash flooding which dislodged countless rocks and boulders, leaving Warm Springs rapid in its wake. The rapid’s characteristics include a huge, thundering hole and extreme velocities due to the drop and constriction of the area.

“I was actually on the Yampa River, just upstream, when this happened,” Dee said. “I never would have known the rapid existed if it wasn’t for a plane that dropped notes along the river and a park ranger that managed to find an accessible spot of land where he could yell the information to us through a bullhorn.”

Before this rapid formed, the Yampa River was a comparatively calm waterway that attracted people more interested in scenery than exciting white water rafting expeditions. The Warm Springs area in particular was known to be a very calm stretch of the river that some people in the sixties took without wearing life vets or scouting ahead – so the first boat to hit this newly formed rapid was completely unprepared for the drastic change and it resulted in a fatality.

“Warm Springs is still a great test of a river runner’s abilities,” Dee said. “It was an exciting trip and I’m glad I was able to get out there and commemorate the event.”

Dee’s company has been guiding people down the Yampa and other major rivers since 1966, the year after he first experienced this newly formed rapid. Since then the company has expanded to include mountain biking adventures, multi-sport combinations, and specialty expeditions, but he says his first love will always be the river.

About Holiday River Expeditions
Holiday Expeditions began in 1966, when Dee Holladay and his wife Sue took the plunge to become river outfitters. Due to its respect for the lands, rivers, guests and employees, the family-owned-and-operated company has grown exponentially. Each of its guides is professionally trained in first aid and river safety, and with over 44 years of experience, the company provides guests the opportunity to explore the nation’s wild lands safely and securely. Holiday Expeditions has a philosophy to protect the environment through education and conservation, and as such uses oar-powered and paddle rafts.