Ludwig, Lorna, Buzz & Babe; The Naming of an Idaho Raft 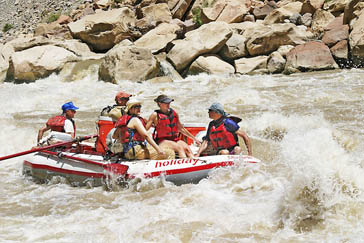 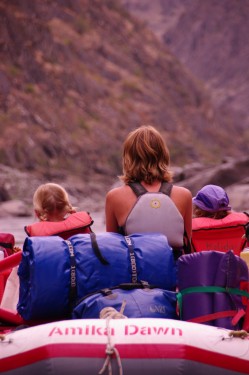 As any boatman or boatwoman will tell you, boat names are an important part of river rafting culture. Boat names can be humorous, in memoriam, esoteric, descriptive. Holiday’s boats are no exception. Each Idaho raft has a unique name, with a story behind it that makes both the boats and your Idaho river rafting trip that much more special for knowing a little more about Idaho river rafting history.

named after owner Frogg Stewart’s daughters,  “after my girls”.

named after a rapid on the Main Salmon River.  Big Mallard is listed as one of the 10 Big Drops in Rod Nash’s book “Big Drops”.   The rapid is in close proximity to Big Mallard Creek.

named after a Salmon River resident who was asked by bus drivers to drop his trousers and open his shirt before getting on the bus. Why? Tom apparently had a penchant for carting around live rattlesnakes under his clothing.

named after an early Salmon River resident who built many of the backcountry trails throughout the area’s wilderness. Holiday trips usually make a stop at Lantz Bar. 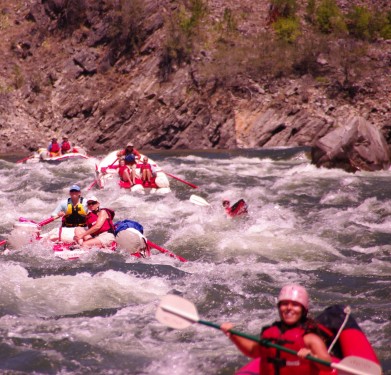 named after an early Salmon River runner. Cap, the first outfitter on the Salmon, rowed the sweep boats and also made time to trap and pan gold while on the river. A 1930s photo shows him with Russian royalty.

named after a fun rapid on the Snake River.

named after Sylvan Hart, also known as “Buckskin Bill, the last of the mountain men.” His old home site is still visited during every Main Salmon River trip. Buckskin Bill lived until 1980, a true mountain man to the end.

named after a truly memorable Salmon River resident. Chinese native Polly was sold into slavery by her parents in 1872. After her arrival in America, she eventually ended up in the mining town of Warren, Idaho. Polly married Charlie Bemis in1894 and they settled alongside the Salmon River, just yards away from the water. Her remarkable life was portrayed in the 1991 movie A Thousand Pieces of Gold.

named after Babe Mott, who lived on the river. She was known for hiking out of the canyon on snowshoes when she was eight months pregnant so she could have her baby in Grangeville, Idaho. 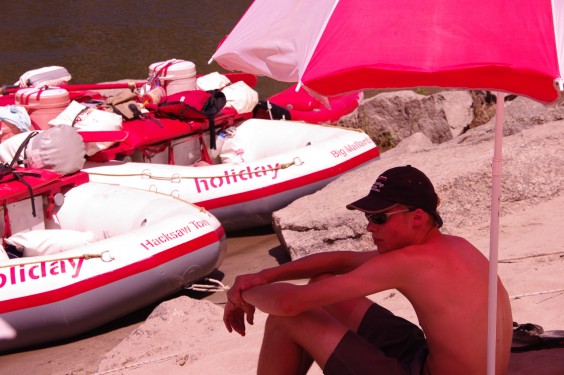 named after Buzz Holmstrom, a storied river runner whose name and adventures are known to every boatman and boatwoman today.

named after the rapid “Lorna’s Lulu” on the Lower Salmon River. Because it’s a lulu of a rapid!

named after an early Salmon river resident who also has a rapid named after him. This quite rocky rapid is impassable by jet boats during low water.

What boat did you ride on?