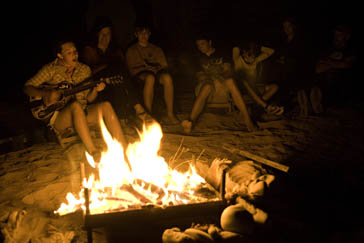 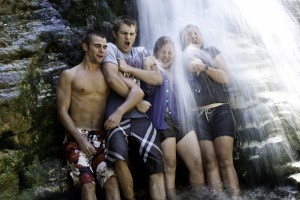 Cooling off in Ely Falls

Gotta’ Love those Texan River Rafters. It isn’t unusual to hear a smooth drawl and some Southern hospitality on one of Holiday’s trips. A large number of guests who travel with Holiday have been from Texas, some returning as many as 20 times, either solo or with their families.

Granted The Lone Star State is big, the second biggest in population and size in the United States—so you’re bound to run into a few. Still, the regularity of these folks showing up so far from home to float into some of the most remote and “un-Texas” like wilderness areas makes you wonder, what is the draw?

Enduring a sweltering Texas summer and a deep drought, looking for a trip that entailed cooler temps and plenty of water play was intentional for Mary Lee Stenstrom’s family (Dallas).  (Last summer, for a 90-day stretch, temps climbed over 100 degrees.) “When it is that hot, it is hard to be active and outdoors,” says Mary Lee,  who was looking for something active and in nature that would “unplug” her family from the constant distractions in their lives. She was concerned about one of her six kids “withdrawing” from video games and his negative attitude about having no access to them while on the Gates of Lodore trip. “Once we got on the river, I didn’t hear another word; he tells me it was his most favorite trip ever.” She adds that she is guilty too: “I live with my phone to my ear because of my job, but on the river, we had each other’s undivided attention.” 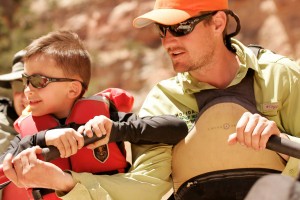 Laurie Johnson (Dallas area) cringes recalling last year’s summer heat; they got a reprieve from it when her family took their first river trip on the Yampa River rafting through Dinosaur National Monument Park. “This is the most talked-about vacation we’ve ever done…my kids liked it better than Disneyland!” When the Johnsons were planning a summer vacation, they were looking for something different and more adventurous than past trips. “It offered us so many things we don’t have here and in a comfortable climate,” says Laurie. “As far as scenery, there’s Palo Duro Canyon, but you can’t compare that to what we saw.” 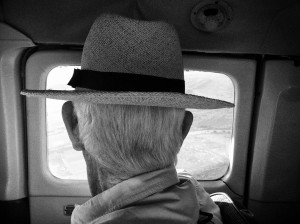 For James Spickard (San Antonio) searching out the river was an effort to reunite with childhood memories. “I was able to go back and be in places where I spent my teen years—outdoors in the mountains. I can’t do that here, there are no mountains and not enough water in the rivers.” James, who has been on four Holiday river trips, uses these trips to connect with his two sons. “We’re all nuts about the water, and with this outfitter, I don’t have to worry about any safety issues—Holiday folks know what they are doing.” To get their water “fix” there is scuba diving and a few places in Texas to go rafting or tubing, but nothing beyond a few hours. To get a multi-day fix river trip, James says you’ve got to look in Colorado, Utah, and California for it to be reasonably close to Texans. He was a West Coast boy but has lived in Texas for the last 18 years. “I love the music, the wildlife, and have learned to talk Texan.”

What Texans Bring Home From the River 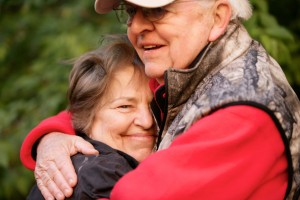 Stenstrom noted the river guides careful attention and respect for the environment. “They cared so much about leaving no trace. To see how respectful they are of something so pristine and beautiful, will hopefully go back home with all of us—to a state where recycling hasn’t caught on in a lot of places.” Her children were returning with memories, like the night they stayed up late waiting for the full moon to rise in order to photograph it while gazing at a multitude of stars. “When you live in the city, you just don’t see that kind of night sky.” Her husband, buoyed by the challenge and accomplishment of several hikes, returned with the promise to get fit.

Deciphering why an inordinate number of Texans seek out Holiday’s trips is clearly not an exact science. But many of us can attest to the warmth and out-going nature Texans add to the “tribe” of guests you get to know on these river trips. Before the end of a Yampa River trip last summer, one Texas gal extended an open invitation to my family to join them on Thanksgiving. Considering it, I mentioned I might need to spend the holiday with my folks, she exclaimed, “Well y’all bring them too!” Is it a coincidence that the state’s motto is “friendship.”

Have any friendly Texans added to your enjoyment on one of Holiday’s trips?