Love on the River 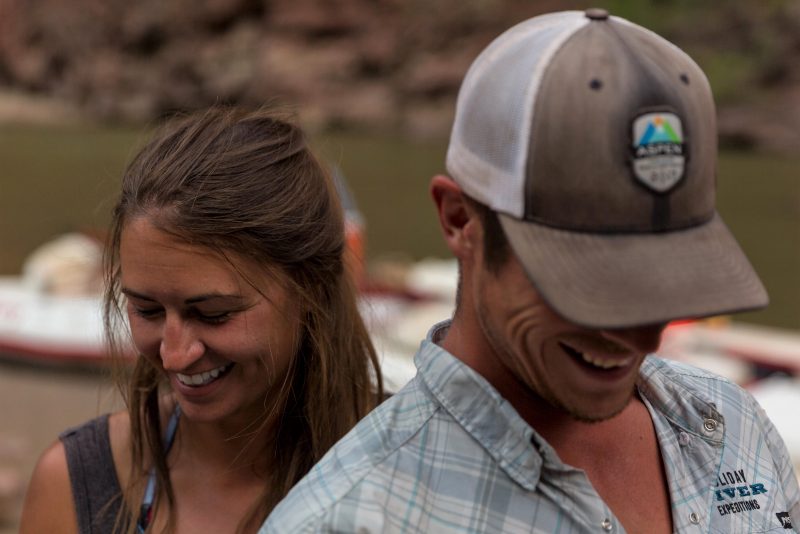 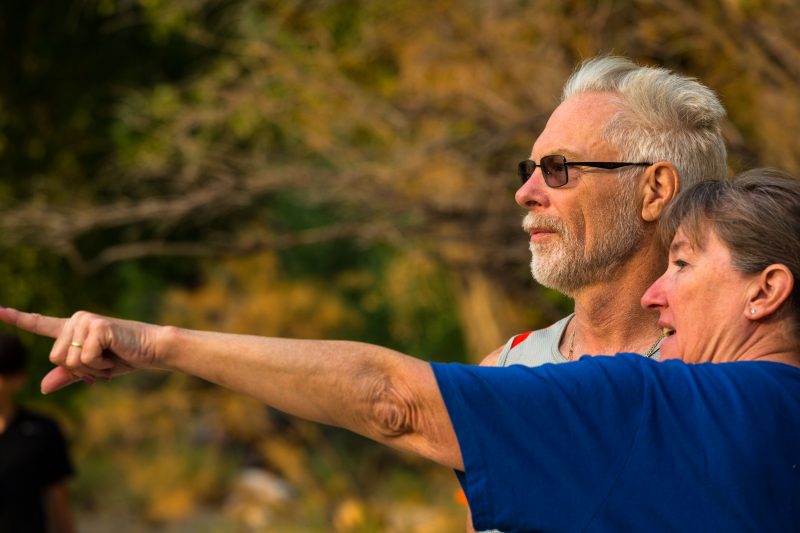 Rowing a boat down a river that cuts through magnificent layers of ancient red rock, sleeping under some of the starriest skies the modern world has to offer, waking up to the luscious hues of a desert sunrise each morning—what could be more romantic? Indeed, it’s not rare that two people will discover, or rediscover, a romantic flame while on the river.

The extremes of the Colorado—its quiet eddies and its ruckus rapids; its big horned sheep and its tiny microbial organisms; its enormous red cliffs and minuscule grains of sand—can help put into perspective what really matters in life. Hint: it’s usually not the devices, jobs, and other stresses they’ve left behind in the ‘real world’, but rather the people who are right in front of them.

And no, those who work on the river are not immune to its romantic magic. 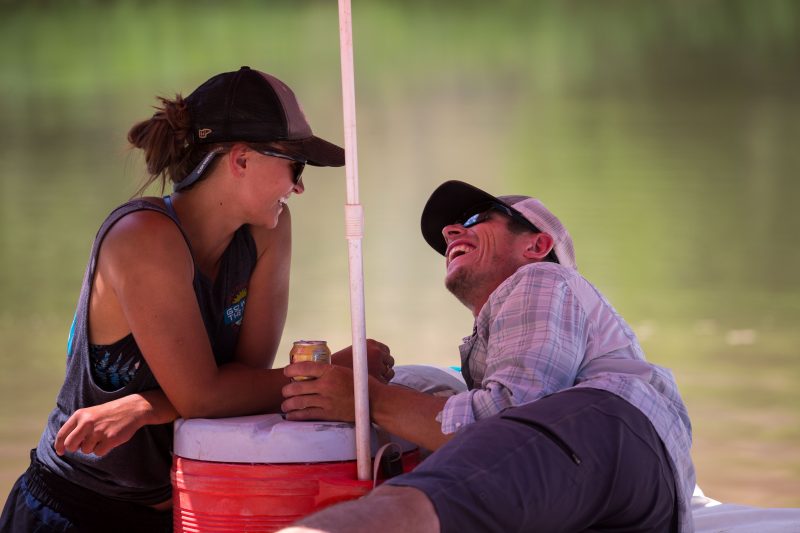 In fact, I was lucky enough to travel down Cataract Canyon with one of these love-struck river guides last summer. His name is Rocky. While he’s shaped nothing like your average rock—he’s a tall, thin guy wrapped up in the wiry muscles of someone who rows a boat for weeks on end—he does have a bit of a thick outer shell. When he wasn’t geeking out with us about geology or river lore, he would generally row quietly, with a faint smile on his face.

But after a few days, those of us on his boat decided to pummel him with some questions, see if we couldn’t crack into his rocky innards. It wasn’t as hard as we expected. He happily told us about the things he loved: the river, the snow, and Larkin, his coworker to whom he’d recently proposed! (she said yes.)

After Rocky told us about Larkin, a second generation Holiday river guide (her dad guided with the legends back in the 80s), we knew what it was he thought about as he rowed us down the river with that joy-stricken look on his face.

Love Forged in the Rapids Is the Strongest Kind 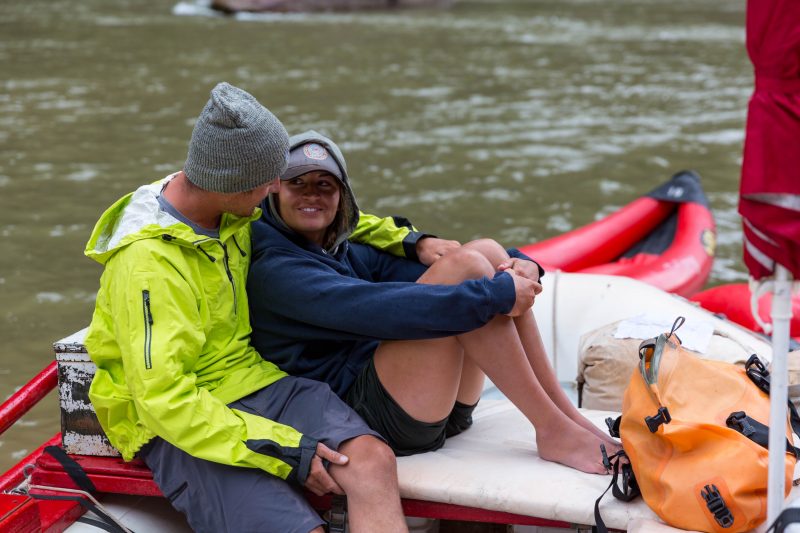 Rocky must have quite a lot of experience daydreaming about his love, since they often spend weeks apart working different shifts. While such large breaks could do in a newly budding love, they can also add a bit of thrill: every return from the river is a reunion. It helps that guides tend to fill their off-shifts to the brim with their own fun escapades.

That’s one of the things that makes love forged on the river extra strong: they’re rooted in a shared spirit of adventure, a deep appreciation for play and water and dirt and the unknown. What’s more: these relationships have been tested in the rapids, both literally and metaphorically.

If you can spend five or more days in a row in close proximity to the same person, rigging up a boat, setting up a kitchen, making decisions about routes and schedules, pleasing picky guests, and rowing in the hot sun, then you better bet you can find a way to deal with any little snags that you’re relationship might run into off the river.

But I get the feeling that Rocky and Larkin aren’t going to run into too many snags. If Rocky’s bashful smile when he talks about his fiance is any indicator, they’re wedding in September will just be just the beginning of a lifetime of infatuation and, of course, adventure. 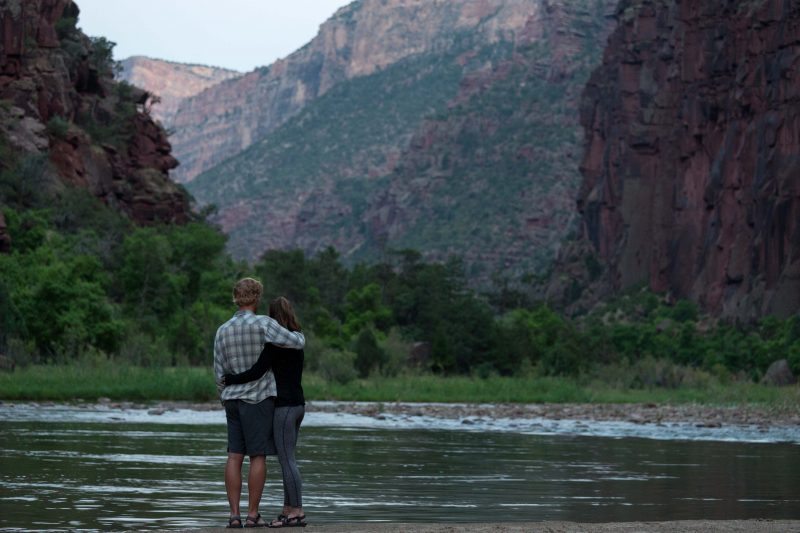 Remember that river love isn’t just for the guides! A trip down the Green or the Colorado is the perfect way to add some oxygen to the fire of a new romance, or to make some new memories with an older flame. Call our office today!