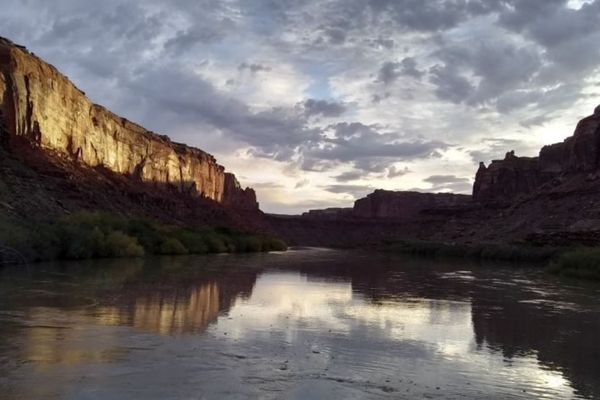 …A Bit of Family History

The Wasatch Mountain foothills outside our home are wearing a lovely coat of white, a harbinger of what we hope will be a snowy winter. Down in southern Utah, autumn lingered into the third week of October, the golden aspen groves lighting up mountainsides in spectacular fashion. I’m reminded of how Utah’s rivers, though they flow through deep desert canyons, are born in the high country and depend on those winter snowpacks. 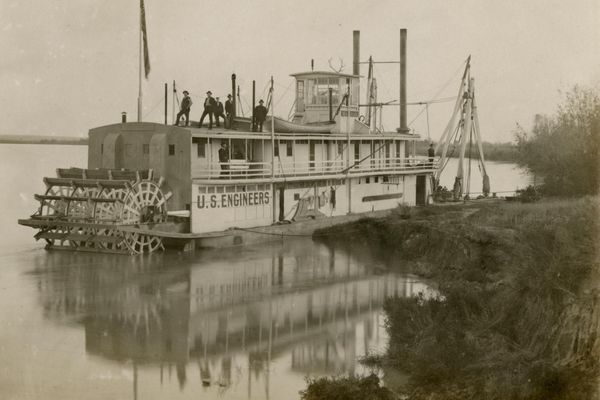 Steamer Mandan on the Missouri River ca. 1908. Courtesy of University of Wisconson Library

I’ve noted before that I’m not a true river rat, one whose garage is given over to rafting gear and who enters every permit lottery. Yet there’s been a river in my family’s history going back to 1880, when my great-grandfather and his brother, then living in eastern Nebraska, boarded a paddle-wheel steamer and headed up the Missouri River to Montana Territory. They spent a couple of summers sawing timber up along the Continental Divide, then decided to head home. They built themselves a wooden skiff, hauled it down to a mountain tributary, and spent the next two months floating more than sixteen hundred miles back to Nebraska. Along the way they fished, hunted deer and pronghorn, and witnessed the last of the great bison herds that once covered the northern plains. While camping among the cottonwood groves of Dakota Territory they marveled at the great comet that spangled the sky in the autumn of 1882. 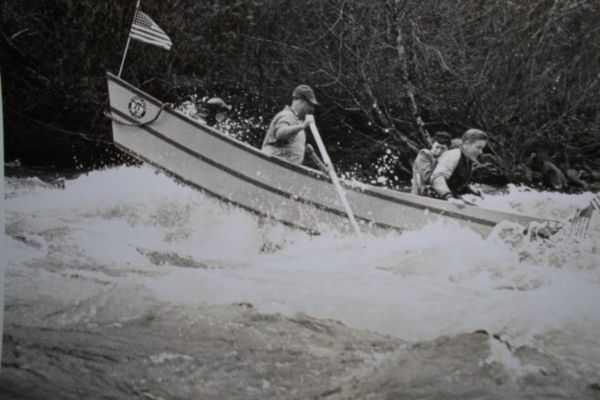 Dory on the McKenzie River in Oregon. Courtesy of Central Cascades Geotourism Project.

Back home, the two brothers went in on some farmland next to the Missouri River, which remained in the family for several decades until a spring flood sent their corn fields down to the Mississippi. My mother, who grew up on a nearby farm, was taught to stay away from its dangerous, often undercut banks. But the river was always a presence in her younger days. She recalled the time when the steamer Mandan docked near their farm and she was given a tour by the captain. Similar, though smaller, sternwheelers were plying the Green and Colorado Rivers in Utah around this same time.

My own childhood is filled with memories of fishing and camping on the Missouri’s Iowa shore, which to me seemed a mile distant from the Nebraska side. Its powerful currents did not tempt us to go in. Yet my father, who also grew up nearby, recalled winter days when the entire river froze over and people took teams of horses, and sometimes even automobiles, across it.

When my family moved to Oregon in the 1960s I discovered the crystalline blue-green waters of the McKenzie River, filled with trout and home to some of the country’s first white-water adventurers. A later move to Montana introduced me to such legendary streams as the Big Blackfoot, the river which Norman MacLean immortalized in his book A River Runs Through It. Summers were for hikes, backpacks, and float trips, and was here that I picked up some rudimentary whitewater skills in canoes and small rafts. 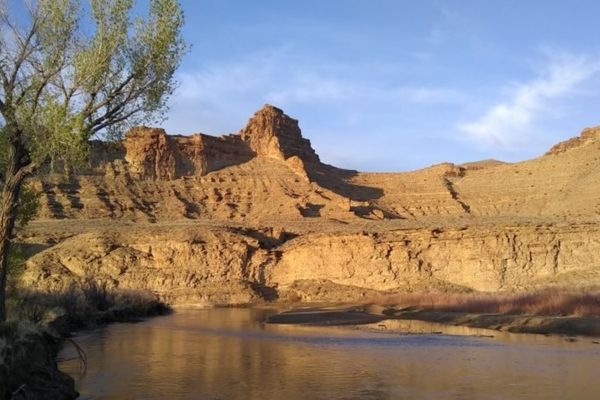 The White River, a Tributary of the Green Flows Through Uinta Valley. Photo by Fred Swanson

Then I came to Utah—a desert state to be sure, but home to three great rivers which converge (or once converged) into the mighty stream that carved Glen Canyon and Grand Canyon. I joined some friends who took tiny, one-person rafts down various tributaries of these rivers, including the Escalante and Dirty Devil. My introduction to Utah whitewater came on the Price River, a tributary of the Green, on a spring-runoff float in a leaky six-foot raft. Swasey’s Rapid, which we reached at the end of our second day, was a particular thrill in this half-deflated boat.

All this is to say that there are many ways to explore and enjoy our rivers, from easy trips with family and friends down calm stretches such as Labyrinth Canyon to whitewater adventures that outfitters such as Holiday offer. I’ve sampled a few of these, but many more await. In fact, I think I’ll get out my maps and river guides right now and start dreaming of next season!

Fred Swanson writes about the public lands of the West from his home in Salt Lake City. His book Dave Rust: A Life in the Canyons won the 2008 Utah Book Award for nonfiction. His website is www.fredswansonbooks.com.