The Light of Day: Kids on Rivers 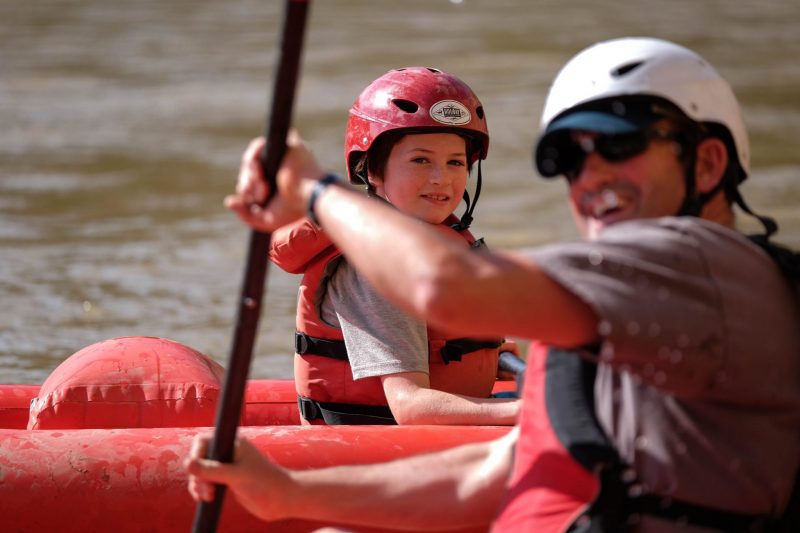 I used to take ‘troubled’ youth on wilderness therapy adventures for a living. Yes, it was as bonkers as it sounds. We would spend eight days or more in the backcountry together, working through the troubles of youth, rain or shine. Some days were harder than others.

One day, I woke up in the stream of rust-colored water. I could feel the snow falling on my face. I didn’t dare move, because then I might have woken the eight kids that were sharing the collapsing, makeshift lean-to structure we had made the night before. I laid very still and felt the water seep through my down sleeping bag. After getting lost the night before, we had decided to set up our shelter on whatever flat land we could find. Apparently, that flat land was in the middle of a wash. I finally gathered my wits and courage to sit up, unzip my sleeping bag (which was at that point more of a water bag) and look around. It was more than a wash. We were in the middle of a shallow river rushing between two stunning red-rock cliffs.

We were in the Glen Canyon National Recreation area, backpacking along the coast of a receding Lake Powell. Obviously, I should have known better than to set up camp in one of the many dry tributaries. But that’s not the point. It was my duty as a wilderness therapy guide to make sure that wasn’t the point. A mistake was made, but it’s what we did next that mattered. So, I laughed. And we all laughed. We pulled our wet sleeping bags from the muddy water and wrung them out under an overhang. We watched the huge, thick snowflakes fall on the desert.

We hiked miles in water-logged boots and wet clothes. When the storm finally cleared, we welcomed the sun. We made a fire as the sun set and celebrated one of the boys’ birthdays with a go-around of kind words. It was one of the hardest and most fun days of my short wilderness therapy guide career. There’s nothing like getting lost, getting wet, and then laughing the whole way home. 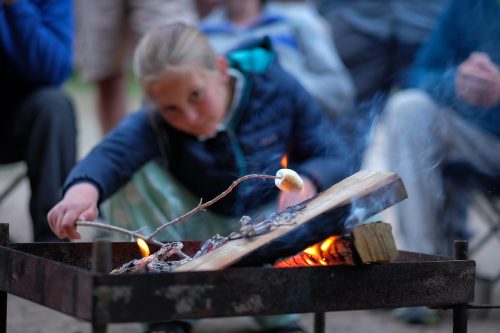 That’s what I think of when I think of my youth: doing slightly stupid things outside, where I wouldn’t break the furniture. So, even though I had a host of complaints about the coercive structure of wilderness therapy, I was happy that the kids I worked with were outside with me making mistakes in reality rather than virtual reality. I was glad that they were complaining to me about the rain rather than complaining about the plot of a television show in a chatroom. Increasingly, young people are living out the trials of childhood in a dark basement, basking in the glow of a blue screen.

The Nature Conservancy conducted a survey in 2011. They found that 80 percent of youth in the United States thought “it was uncomfortable to be outdoors due to things like bugs and heat.” A full 62 percent “said they did not have transportation to natural areas, and 61 percent said there were not natural areas near their homes.” Less than 2 in 5 kids participate in a single outdoor recreational activity on a weekly basis. Kids are literally growing up without seeing the light of day.

I could go through all of the scientific and academic evidence (here’s a few for starters: a book about ‘nature deficit disorder’ in children, an article about the benefits of outdoor free ‘play’, and another article about how 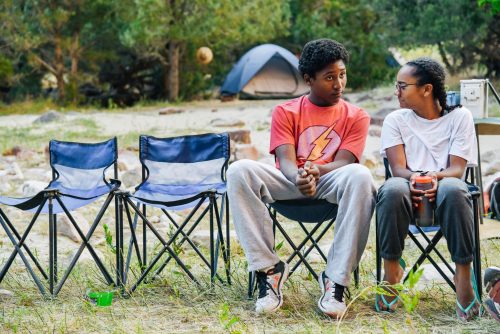 outdoor play helps reduce serious illness), but I won’t. Because if you are reading this blog you probably don’t need convincing: being and playing in nature is essential to our mental, physical, and spiritual health. This is especially true for children, who are learning patterns they will carry for the rest of their lives. Will they prioritize a weekend camping trip when they have a busy career if they never learned how to set up a tent? Will they care when the government tries to sell our public land to oil and gas companies if they have never even seen this land? Will they know how much easier it is to breathe outside of cell phone service if they have never disconnected?

Many of the kids I used to work with knew more names for the fictional species in their video games than the real ones that prowled around their hometowns. But it wasn’t their fault. Between their stressful schoolwork, the allure of social networking on the computer, and the difficulty of accessing rural, natural land, these kids had never heard the call of the wild. Their lives had been too loud. Once that noise was removed, something surprising always emerged. 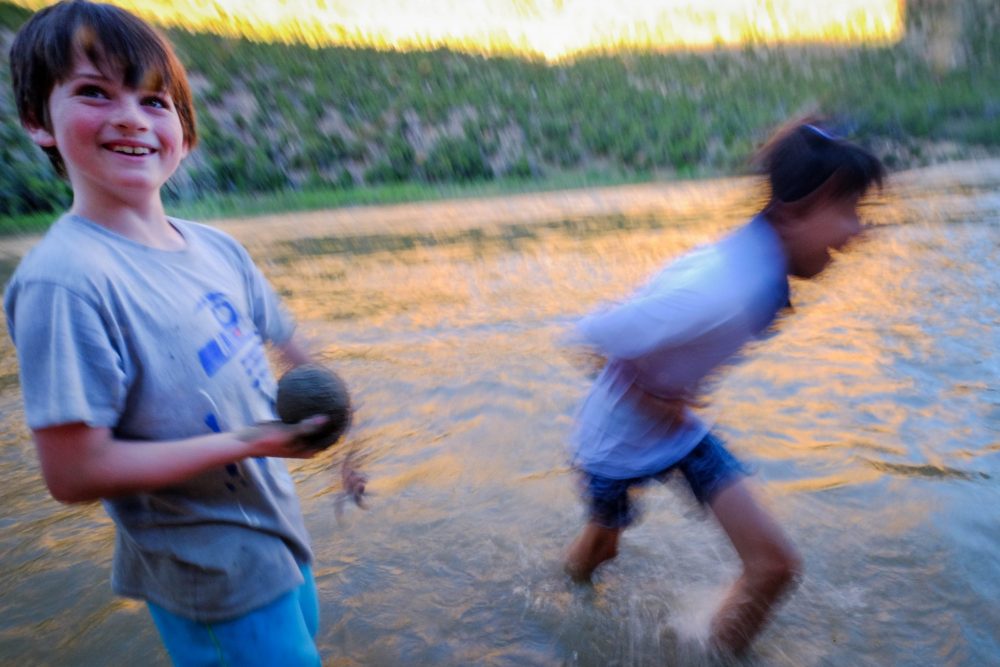 Sometimes, that something new was an explosion, a fit, a detox reaction. Sometimes, kids found that they were depressed. But even more often, kids found out that they really loved to move their bodies, to hike in a rainstorm, to rock climb, and maybe even get a little scraped up while scrambling around on rocks. They found that they were excited about life beyond the confines of the box (the television, computer, classroom, bedroom, etc.). Either way, being in nature was a way of getting to the bottom of things: what in life matters, and why?

The Holiday team understands this well, as they have seen it happen again and again. People find themselves on the river, especially children. And since the guides are just a bunch of (very responsible) children, they know how to make our Youth Trips the most impactful, fun, and educational wilderness experiences that any kid could hope to have. Holiday runs Youth Groups through Desolation Canyon, where they can get splashed by more than 60 rapids, and through the San Juan River, where kids can visit and learn about ancient petroglyphs and dwellings along the way.

One of the biggest lessons that I learned in my time as a wilderness therapy guide is that healing and adventure are family affairs. In that wilderness therapy program, we required that the parents go to therapy as the kids went through their program, and then at the end, the whole family would reunite to rock climb together. There is nothing like a high-adventure activity to build trust and companionship. This is why Holiday also offers Family River Trips. You know what they say: “A family that faces class III rapids together, stays together.”