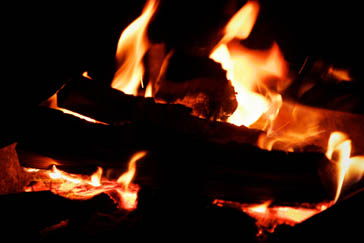 The recent human history of the Main Salmon River is fraught with peril and rich in failure. Two of the first European-Americans to enter the Salmon River Canyon were Meriwether Lewis and William Clark. After seeing the canyon’s daunting rapids, the pair opted for an overland route to the Pacific.

That was August 25, 1805. Since then, thousands of settlers have attempted to make the Salmon River Canyon their home. Few were successful.

By contrast, Native Americans lived in the canyon for almost 7,000 years. During that time, they left very little evidence of themselves. The most significant evidence is at the put-in of our Main Salmon trips. There, a seasonal village once occupied the river’s edge at a place we now call Corn Creek. Archeologists believe ancestors of the Shoshone Bannock tribe came to Corn Creek in the fall to hunt for big game and fish for Chinook salmon and steelhead. Other evidence of Native Americans is found on secretive rock walls where ancient artists painted abstract signs and figures. It’s believed the native people who visited the canyon did so sporadically. They knew when it was time to leave.

European-American settlers did not. They were the first people who tried to occupy the canyon year-round. Most failed. But a few hearty souls managed to beat the odds and scratch out a living in the rugged country of central Idaho.

One of those was West Virginia native Frank Lantz. In 1925, the 35-year-old floated a wooden boat 70 miles from Salmon, Idaho to the middle of the Salmon River Canyon, a place we now call Lantz Bar. There he disassembled the boat and built a cabin. Lantz would occupy that site for almost 50 years, planting gardens and fruit trees for food and building trails and fighting wildfires for work. In 1935, he married a woman from Montana. She followed him to the river where they built a two-story cabin that they shared for the next 20 years until she died in 1955.

In October 1964, Lantz was in the twilight of his life when tragedy struck. A Forest Service summer guard was heating water when he accidentally burned Lantz’s cabin down. With winter just weeks ahead, it looked like Lantz would be forced to leave the land he loved.

Then Bitterroot National Forest Supervisor Harold Anderson stepped in. He sent lumber and Forest Service employees to Corn Creek. Local fishing outfitters used their jetboats to deliver the workers and supplies to Lantz Bar free of charge. In weeks, Lantz had a new cabin.

It was a splendid act of altruism. For his exemplary efforts, Supervisor Anderson received a reprimand that stayed in his file for the rest of his career.

His cabin is still there. So are the fruit trees he planted.