Idaho River Rafting: The Five Reasons why Salmon River Beaches are the BEST! 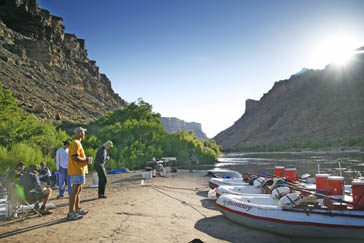 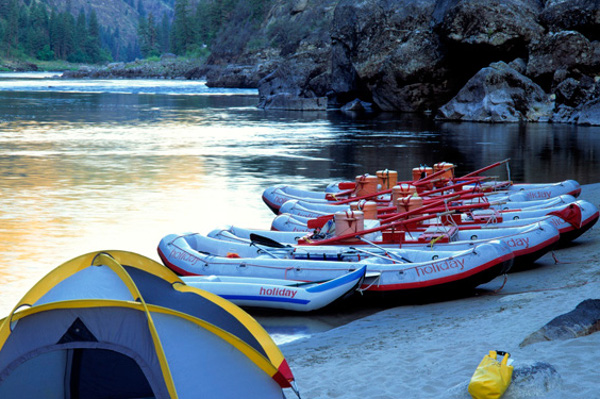 1. They’re public: Unlike Malibu where Hollywood aristocrats stake claim to the beach, the Salmon River beaches belong to the people of the United States of America. Period. It doesn’t matter how many corporate acquisitions you’ve orchestrated or how many Oscars you’ve won, you have as much stake to those beaches as, well, a crusty raft guide like me.

2. They’re private: I’m a big fan of Jacksonville Beach on the East Coast of Florida. But one thing you don’t find at Jax Beach is privacy. There’s always, I mean always, somebody watching. It’s not like I want to run around in my birthday suit – not that there’s anything wrong with that. It’s just that sometimes I want the strangers to go away. Luckily, on the Salmon River, our beaches are stranger-free. You know that creepy, leering guy with the beer belly that sags over his Speedos? He’s only there if you bring him.

3. They’re pristine: Myrtle Beach is great. It’s hard to beat the sweet smell of ocean air and the feeling of sand between your toes. Until you step on a half-buried beer can.  Luckily, we don’t have that problem on the Salmon River beaches, they are immaculate. Each spring, high water races down the Sawtooth Mountains, reforming, recharging and renewing our beaches. What’s more, the water comes from some of the most untouched wildernesses in the United States. What you get are the most pristine, beer-can free beaches on earth.

4. They’re wild: At Waikiki beach in Hawaii, it’s a jungle out there. Between hordes of tourists pushing into souvenir shops and that overly-tanned guy with a garland of flowers who keeps asking if you want to get “laid,” you can’t let your guard down. We offer a different experience. On the Salmon River, it’s a wilderness out there. We spend our days in a remote, primordial land where souvenir shops don’t exist and the only overly-tanned guy is your raft guide asking if you want a plate of fresh-baked dessert.

5. They’re unique. I’ll never turn down a trip to the Outer Banks. Those large, sprawling beaches are truly magical. When I tell somebody I went to the OBX for vacation, the reaction is usually, “Oh. I’ve been there.” It’s a little different on our Salmon River trips. When I tell somebody that I spent a week on the wilderness beaches of Idaho, the reaction is more like, “What!?” That’s because the Salmon River beaches are our little secret. They are quiet, remote, pristine, wild and resplendent. They’re places worthy of a secret. Maybe it’s time for a visit. Now, where did I put my Speedo?