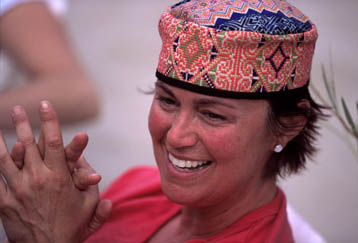 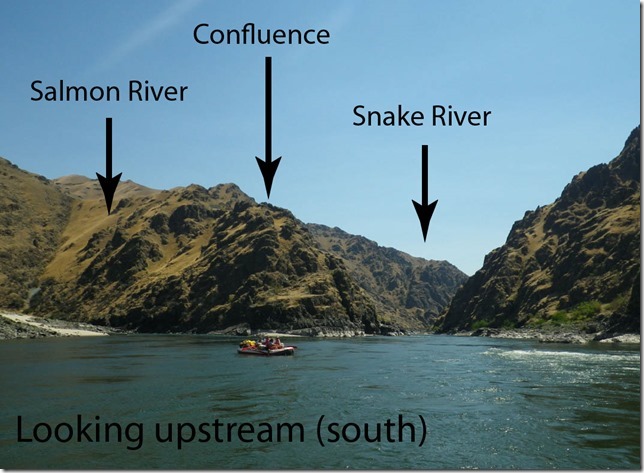 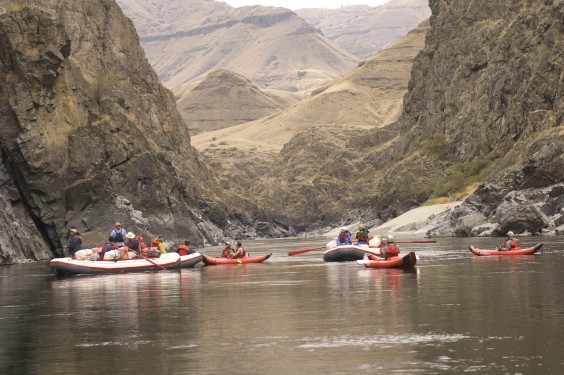 So what great city sits on the confluence of the Salmon and Snake, two of the West’s greatest rivers? Nothing, it’s an uninhabited slab of basalt rock.

The Snake River begins as a high mountain stream in Yellowstone National Park before it turns west and follows the ancient scar of the Yellowstone supervolcano through southern Idaho. Just before it reaches Oregon, the river makes an abrupt turn north, into Hells Canyon, the deepest river canyon in the nation. Six hundred miles from its alpine headwaters, it meets the Salmon.

The Salmon River originates in Idaho’s Sawtooth Mountains and flows 425 miles through some of the most remote lands in the lower 48. Unlike the dozens of dams and impoundments found on the Snake River, the Salmon flows free for its entire length until it is absorbed by the Snake in Hells Canyon.

On our  Salmon River Canyons trip, we float past the confluence. As a geological feature, it’s rather insignificant. But as a geographical feature, it’s extraordinary. It’s a lonely bluff of weathered rock at the intersection of two of the West’s most celebrated rivers. The surrounding land is baron. Only wispy bunch grass and scraggy mountain mahogany bushes cling to the steep rock walls. It’s no place for humans. And that’s what makes it so alluring. From our rafts, stuffed with sleeping bags, coolers of food, and other civilized luxuries, we have an opportunity to experience the confluence for a moment. Then the massive river sweeps us north and it disappears in the distance. Again, the confluence is alone. That’s the way it’s been since time beyond time, and that’s how it will remain.