Herm Hoops : The Life of a Legend 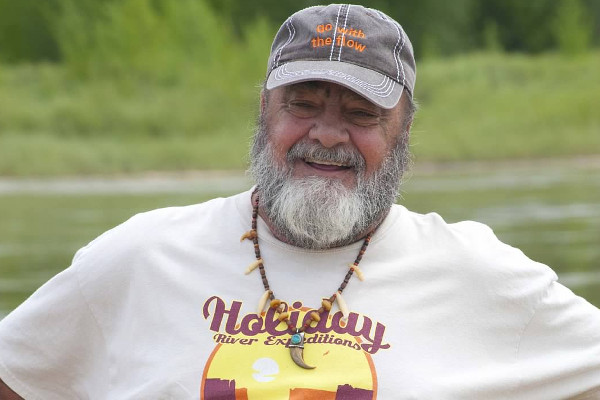 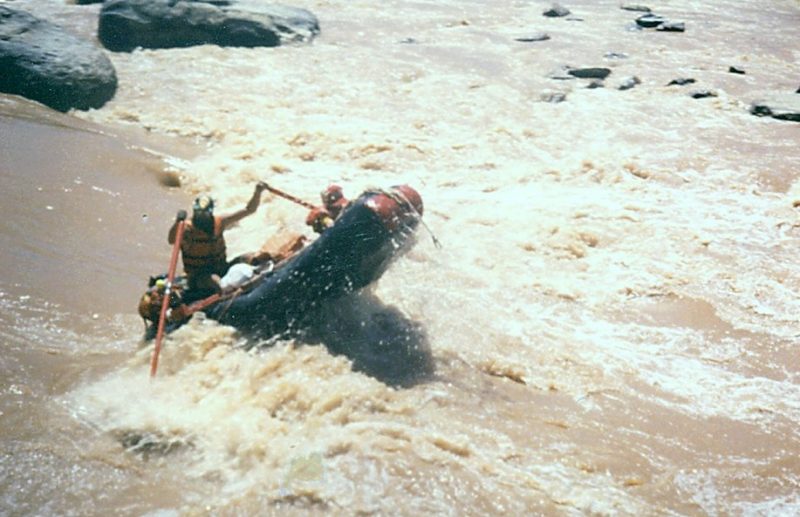 “I’m not one of them, all the greats are gone” Herm would say to me; trying his best to convince me that he was no legend. Trying so hard to hide in the shadows of ‘mightier men’.  Herm spent so much time as flame-keeper to the many stories of our shared rivers and landscapes, he often would downplay his own.  Yet no matter how many odd jokes, wise lessons, or riveting stories he told, nothing was more memorable and ineffable than the man himself.

Herm Hoops, passed this week and the greater Holiday River guide family is feeling this loss keenly.  Herm shared a small part of his larger-than-life-life with us and we will be forever grateful for the years we all shared.  He agreed to drive for our Dinosaur river trips, and any guest lucky enough to spend 3 hours in a van with Herm was better for it by the time they reached the put-in. His life spent learning the best ways to share places he loved with others meant his ‘interp’ was colorful and well practiced. As a trip leader, I always knew when it was time to go greet guests as Herm would always arrive juuuust early enough to make sure to get a full brim of coffee in hand, and spend that liminal morning time building camaraderie with all of us in the bunkhouse. 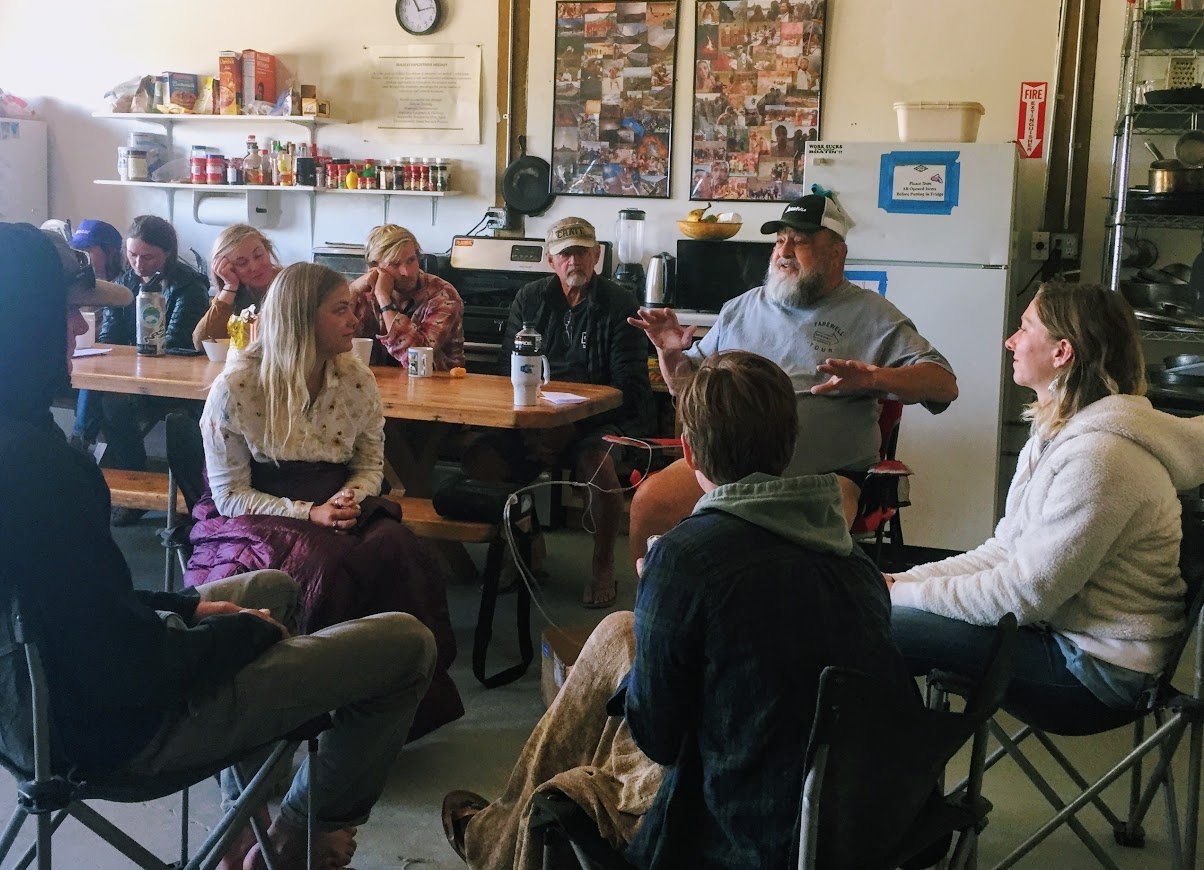 Herm’s impact on our guides, our interpretive programs, and sense of living history will never be forgotten.  He brought with him something ephemeral; there’s a certain magic that happens when intergenerational wisdom is valued and shared freely.  Herm knew that.  He would not only share his own wisdom but create space for others as well. He called upon all of us from rookies to company leaders, to put on our thinking caps and curiosity goggles.  He asked us to lean into not just (as Buzz Holmstrom would say) ‘the doing of the thing’ but the ‘why’ we were doing it too.

Herm had known for a long time his own answer to ‘why’ he did the thing; why he spent his life in service to his beloved rivers.  He lived his life with clarity of purpose few others possess. He was making a difference, and he was bringing others along with him; encouraging the next generation to become beacons for change the way he had chosen to do decades before. He used tools like humor, shrewd factual recall and gritty earnestness like a set of paintbrushes when sharing written comment or policy positions. Yet he was no lone wolf.  While Herm and his beloved wife Valerie spent much of their life in Jensen UT, Herm’s greater community reached far and wide; mobilizing untold numbers of passionate people on his ever-dependable email list. 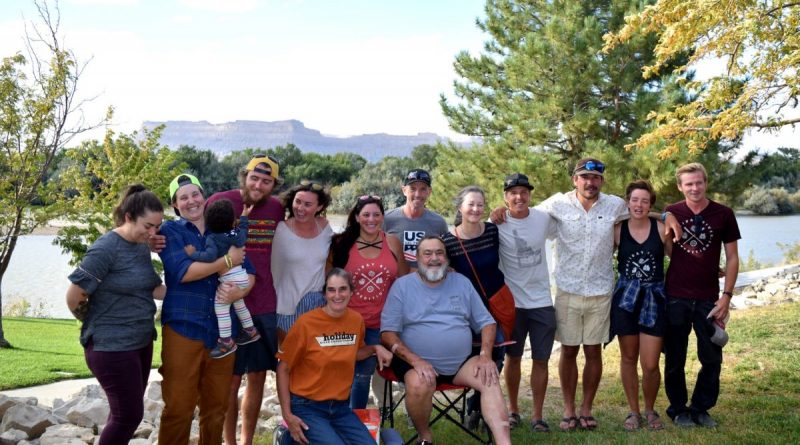 There are so many many facets of Herm I will miss, but the depth to which he cared, his never-ending-well of dedication to the places we held unbridled love for… like Desolation Canyon or Dinosaur National Monument… will be what I miss most.

Before Herm and I were co-workers we were advocates.  I was a bold and radical undergraduate student and rookie river-rat trying to stare down the threat of climate change but I didn’t have much in the way of life experience. It was in those formative years Herm and I developed a friendship; calling one other for information or perspective on the threats to the lands or rivers we were trying to protect.  I didn’t always take his advice… (or even agree with him on tactics at every turn)  but we respected one another.  We shared a unique commitment to a life dedicated to advocacy and with that essential truth, our friendship was cemented. 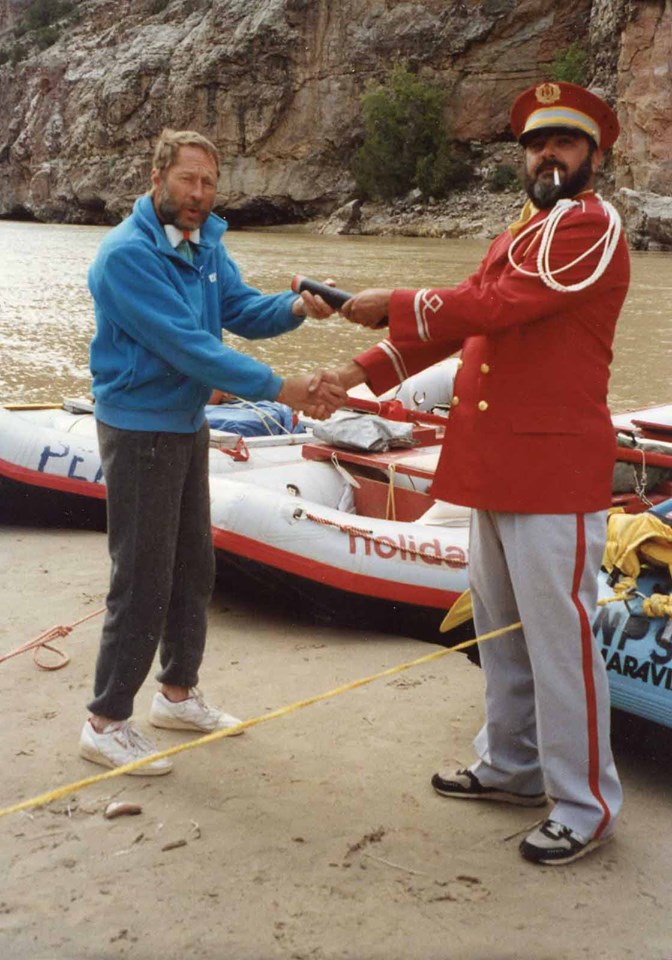 By the time the fight against the United States’ first tar sands mine operation on the Tavaputs Plateau was underway, Herm had become an invaluable ally in our campaign against it.  The project was poised to strip mine on top of the Tavaputs watershed and threatened to leak poison into the tributaries of the Green River.   It took over 6 years but we eventually won and the company abandoned their plans.

That is not something that happens that often.  The innumerable threats to public lands from extractive industries, in particular around the places Herm loved most, have taken a devastating toll; moreover they continue to threaten those same places.  Even with new wilderness designation around some parts of Desolation/ Gray Canyon, with practices like horizontal drilling, fracking and countless well pads pock-marking the Unitah Basin, Herm’s lifelong fight is far from over.

Herm once told me that sometimes we see a wall in front of us, impossible to get through, but if we are bold enough to push against it, sometimes we find it is only a curtain; Herm was always that person, ever-willing to push and through pushing find the cracks in the walls that keep us from each other, from the truth in things, from the natural world and from our connection to wildness.

Herm, better than anyone I’ve ever met, was able to face his own mortality; look at his life and know he had made a real impact. He also knew this fight to protect wild places was not something that could be won in one person’s lifetime.  He knew that as the golden-era of river-runners passed on, we would need new flame-keepers, new river-lovers willing to put their hands on the oars and row the next few miles downstream.  Here at Holiday, we will honor Herm, (and indeed our founder Dee Holladay) and remain vigilant to the protection of these incredible places.

We love you Herm & I’ll be seeing you-in a certain kind of way- out on the river.

If your life was touched by Herm and you want to participate in a project to honor his legacy please email me at lauren.holidayriver@gmail.com  and answer the prompt:  “What I learned from Herm”  once I collect responses, we will share them with Herm’s wonderful Family and the greater river community.

About the author :  I have been a river runner my entire life.  It was learning from the Holiday boatwomen and men of the 1990s that led me to find my own oars. I have been a guide for Holiday River Expeditions since 2009. In my spare time, I work as the Green Riverkeeper Affiliate with Living Rivers & Board Chair of the Utah Chapter of the Sierra Club. A life well spent organizing communities to protect the rivers and lands I love.  I find that the lessons from the river inform my climate justice work and truly all aspects of my life.