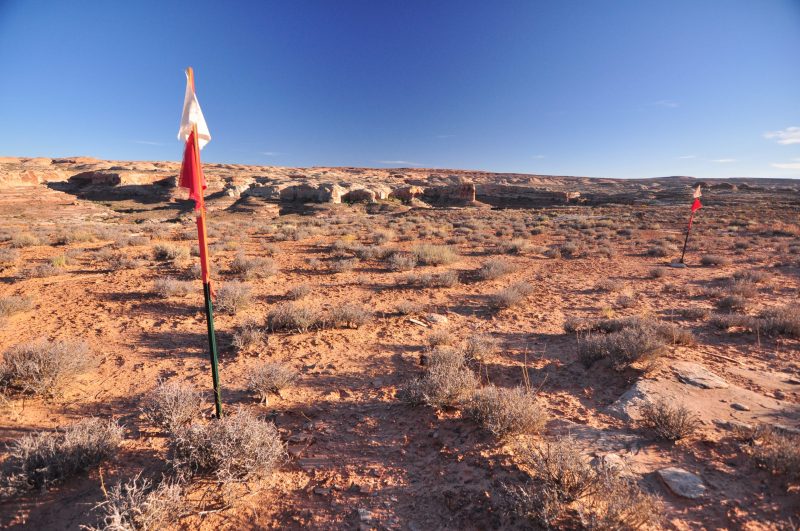 Looking from above, the Green River in the Labyrinth Canyon Wilderness Area, twists in unpredictable, marvelous meanders. A hydrologic map, revealing where to travel; a teacher, far wiser than any human. 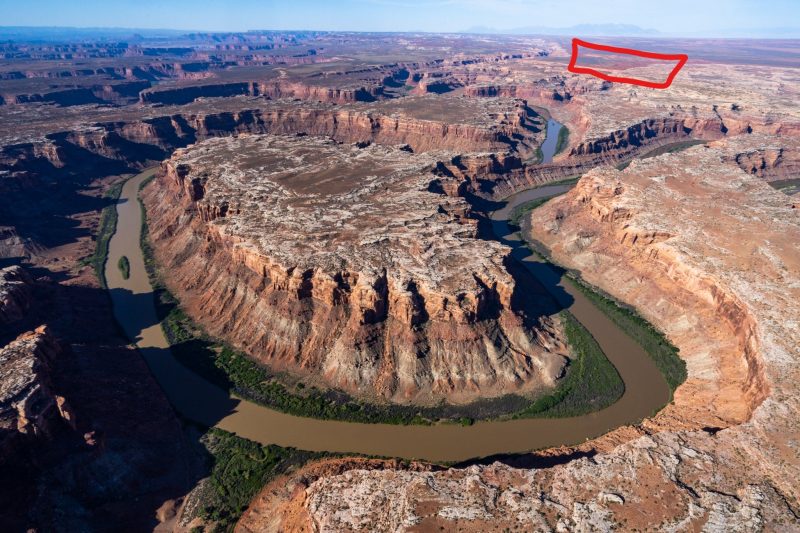 Compared to other areas in the Green River Basin, there is no development in the Wilderness Area. Many other places along the Green River are being scoured for natural resources. A quick Google map search reveals immense spiderwebs of oil and gas well pads, exposed pipes, and thousands of miles of dirt roads extracting the relics of bygone fossils and gasses to fuel our modern industrial society.

However, this area is under threat of energy extraction. Two energy companies, one Denver-based called Twin Bridges and their investment partner, have plans to begin extracting helium in the heart of the Wilderness Area. And they have already commence construction.

Apart from the Green River snaking through the earth, the landscape here is a red and brown skeleton. It reflects the influences of wind and water in the desert over millions of years. The leases on Bureau of Land Management and State of Utah lands are within a mile southwest of Bowknot Bend. The name of the iconic, sweeping near-360-degree curve in the Green River.

The perceived legal ability for these companies to extract resources in a designated Wilderness is a function of the current Department of Interior’s (DOI) “energy dominance” agenda. New oil and gas development is not permitted in Wilderness Areas. So the manner in which these leases were pushed through is shady. The DOI rushed these leases through without public comment, days before the Act designating this iconic landscape as wilderness passed Congress. The John D. Dingell Jr. Conservation, Management and Recreation Act, was passed in the Spring of 2019, protecting land and waters across the country, including the Green River in Labyrinth Canyon. Essentially, the same agency designating wilderness is undermining itself by processing these destructive leases in the same landscape.

The Price BLM Field Office who conducted the Environmental Impact Statement found the project would cause harm to the area. However, in an attempt to rush permitting prior to the incoming administration, the project was transitioned over to the Vernal BLM Office where DOI appointees could take control and any negative impacts were promptly ignored. 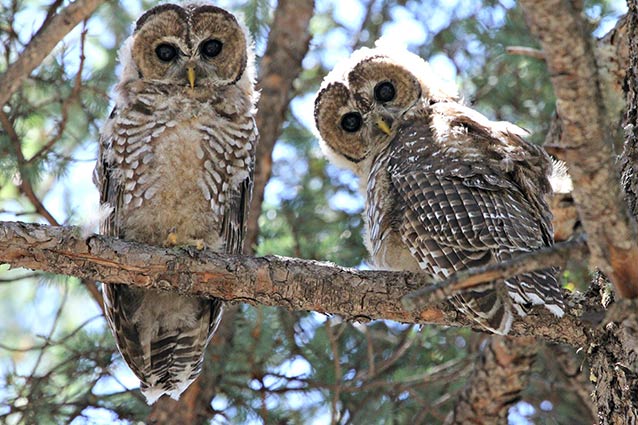 However, the bedrock environmental law, the National Environmental Policy Act (NEPA) mandates that the public have time to comment on these decisions. By rushing the leases for Twin Bridges and their partner, the agency neglected to open up a public comment period. The agency also failed to take into account the impacts of climate change in their EIS, which has also been found in federal court to have broken the law. Senators and environmental groups alike say these actions break the law and blatantly work around existing processes to rush the project.

Of note, the BLM Resource Management Plan for the area prohibits any surface disturbing actions between March 1- October 30th to protect the endangered Mexican Spotted Owl, and Twin Bridges have agreed to these terms prior to leasing the parcels. However, the infrastructure, regardless of when it’s built and operated, will have an immense impact on the sensitive landscape.

Great work is being accomplished by environmental groups such as Southern Utah Wilderness Alliance (SUWA) who filed a lawsuit against the DOI on December 14th. The judge saw the irregularities by the DOI and has halted construction that was slated to begin last week. The judge has enjoined all activities until January 6th when a subsequent hearing took place. In a blow to wilderness, the judges decision came down rejecting arguments to stop the project.

Why do we care?

As rafters and outdoor recreators, we have a responsibility to be aware of the actions impacting these wild spaces that provide us so much joy. If Twin Bridges and the DOI are successful in their attempt to gain the necessary permits and receive the green light from the judge, the project would have a substantial impact on the landscape. This helium extraction project plans to consume over 5 acres of land, build new roads and improve existing ones, construct massive drill rigs over 150 feet tall, create light pollution, potentially contaminate precious water, and increase motorized traffic in the remote area. 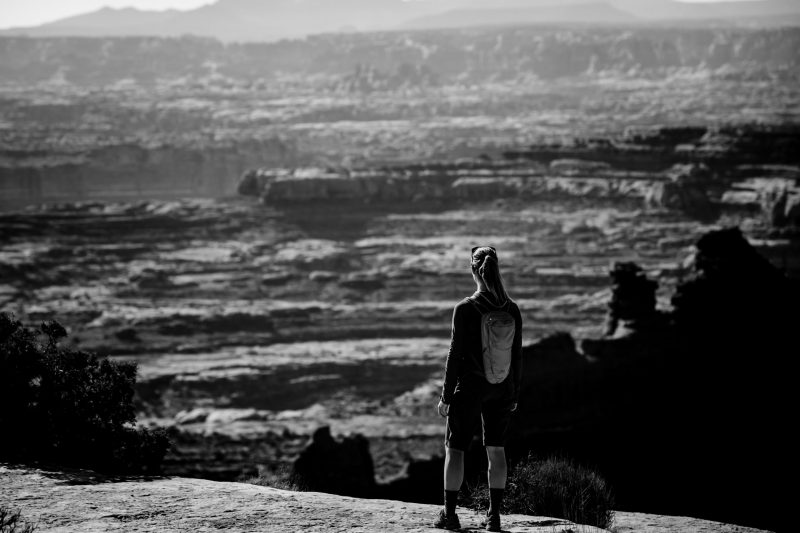 Most commonly, helium is extracted as a byproduct of natural gas by drilling vertical extraction wells above the ground where helium is found. Once tapped, the gas rises from the higher underground pressure and are contained. Then, the natural gas and helium are separated using nitrogen and cooling processes. Since helium cools at a much lower temperature, the natural gas liquifies first and is removed from the helium. Once liquified, the helium can be transported.

Over 100 different chemicals are used in natural gas and helium extraction, and the produced chemicals can run into surface and underground water sources, contaminating them. The proposed helium project is in such close proximity to the Green River that any pollutants could run into the river which is the largest tributary to the Colorado River. As the largest water source for the Southwest and over 40 million people, projects like this one could be detrimental.

The drill rigs would be seen from many miles away, impacting an otherwise pristine viewshed. Holiday guests and other river recreators would potentially see the looming metal towers, unnaturally juxtaposed from the red rocks and blue skies on a popular side hike- a short-term economic gain for a select few at the expense of the long-term environment and for generations to come.

If Twin Bridges and the DOI are fully successful in their attempt to gain the necessary permits and receive the green light from the judge, the project would have a substantial impact on the landscape.

What is helium and how is it used?

Helium is a non-renewable resource used for a number of uses beyond filling balloons at birthday parties. It is used in many aerospace technologies and for super-cooling medical technologies – it notably has the lowest boiling point of any element in the periodic table. Some say that the earth is running out of helium, and by the end of the century in a business-as-usual scenario it may no longer be available. 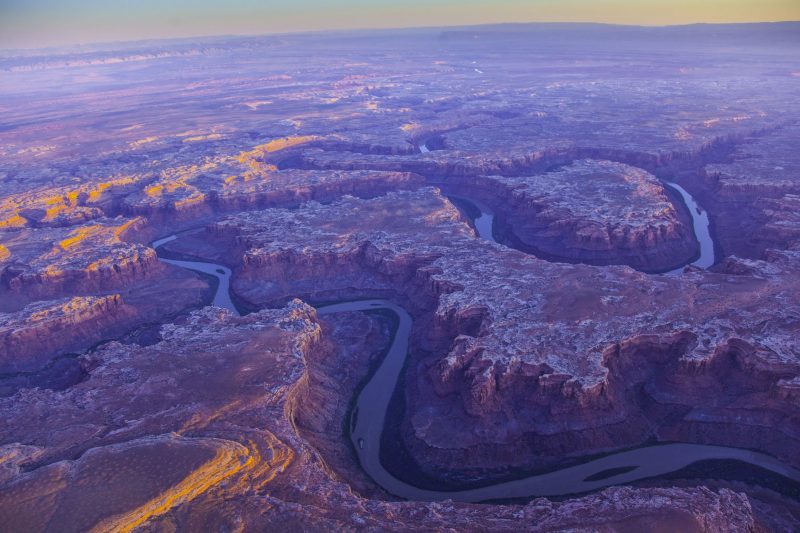 However, the concept that the world is “running out” of helium is based on an incredibly wasteful paradigm. Helium is almost never recycled, meaning that rather than developing protocols and procedures for re-use or sustainability, especially in medical and scientific uses, the industry is already hungrily looking for more reserves. Furthermore, as the presence of helium is often found alongside natural gas, and many companies do not have the infrastructure to harvest helium at the same time as natural gas, so often it is lost to the atmosphere.

The United States set up a helium reserve in 1925 in anticipation of an eventual shortage, however, in an attempt to reduce the federal deficit, the reserve was sold off in 2015. Some critics suggest that the helium was sold off 20 to 50 times as cheaply as it should have, further exacerbating waste and over-use.

One could also argue using such an increasingly scarce resource for balloons (it is estimated that 17%-20% of helium is used on party balloons) is not worth the cost of extraction and degradation of landscapes such as the one in Labyrinth Canyon.

Holiday and our network of partners are working to educate recreators about this looming, harmful project. Lauren Wood, co-owner of Holiday, says “When I picture my young toddler’s future, I imagine creating memories for him that are made in the same way mine were, shaped by the unspoiled beauty of our red rock canyons and rivers, held in the natural quiet and dark night skies, encircled by family who has come to be renewed and enlivened. This helium drilling project also poisons that vision.” 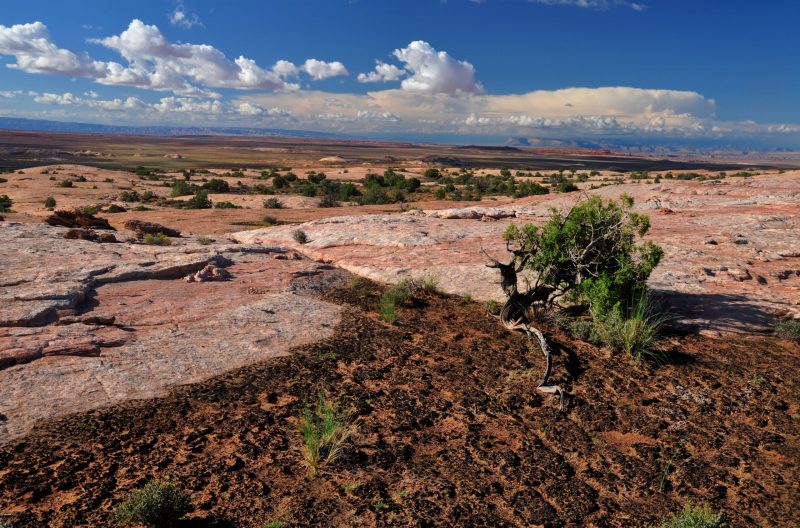 SUWA and other groups were able to halt construction in court temporarily, but as of yesterday, the judges ruling came down denying their emergency injunction and effectively opening parts of the lease for business. As the company breaks ground on road construction out to the well site we mourn the imminent loss and irreparable damage done by this short-sighted ruling.

Poor political decisions, unsustainable harvesting methods, and limited regulation of use are inappropriate reasons to tarnish fragile desert landscapes for helium. Before additional helium reserves are to be tapped, better regulation, technology must be implemented. Perhaps most urgently, it is unacceptable that our federal agencies tasked to steward our public lands are being bought off and infiltrated by these energy companies. If we – the public – don’t intervene our homelands will be destroyed by greed.

As river legend and advocate Herm Hoops said: “if people want to have beautiful natural places, then they are going to have to start stepping up. It’s not just running rapids. There is a part we don’t talk about as much, and that is being an advocate for rivers.” So let’s all make Herm proud and step up for these places we cherish and be a voice for the rivers.