Health in Nature: The Science 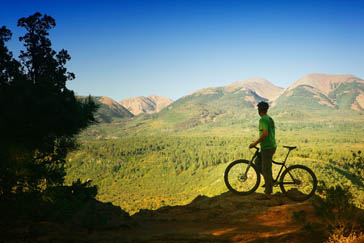 This article hit home for us as we have long stood by the concept that a longer trip is a better trip. It’s important to take time to settle into the experience and your surroundings, slow down, shake off the day to day, and find health in nature. Now, we have some science to back us up! The following article published in “The Current”, the American River Conservancy’s quarterly newsletter. Enjoy!

In his book, “The Creation”, Dr. E.O. Wilson engages in a dialogue with an imaginary preacher in order to argue persuasively that both science and religion have compelling reasons to support the good stewardship and preservation of Nature. He defines Nature as “the original environment and its life forms before human impact”.

As one of the world’s foremost ecologists, Dr. Wilson shares the concern of many climatologists and other scientists. The current activities of humankind threaten over half the world’s species with extinction by the end of the century. Not only do these organisms have practical value as natural ecosystems providing us with clean air, water, energy, food, etc. Dr. Wilson argues they are important to preserve for their own sake, as part of God’s Creation.

But what is the evidence that the experience of Nature benefits human health directly? Should we preserve it for that reason as well? Let us explore some recent science.

1. The Experience of Health in Nature Reduces Stress

Medical science has established that stress plays an important role in 80% of all illness. As you de-stress and connect with the sights and sounds of Nature you boost your immune system, lower your blood pressure, and reduce levels of stress hormones. Hormones such as cortisol, increase release of pleasure mediators such as endorphins and promote your physical and mental health.

2. Exercise is Great for Exercise and Health in Nature is Even Better!

No doubt you knew that aerobic exercise is good for your health. What is surprising is that the setting in which exercise occurs is an important determinant of the health benefits of exercise. Subjects who exercised in a “green” environment surrounded by the sights and sounds of Nature have greater reductions in blood pressure, higher elevations in HDL (the good cholesterol), and greater improvements in mood and self esteem than those who exercise the same amount in urban, non-green environments. Mitchell and Popham, Lancet, 372: pg. 1655-60.

Ever felt like your brain was on overload? Chances are you were in a crowded city or caught in traffic. Activities in Nature allow your brain to unwind from urban life and actually improve mental functioning. So says Marc Berman, a psychologist at the University of Michigan and lead author of a new study that measured cognitive deficits caused by urban environments. Marc says that the brain is a limited machine and “we are beginning to understand the different ways a city can exceed those limitations.” By contrast, even fleeting glimpses of Nature improve brain performance.

4. Children Benefit Greatly from Experiences in Nature, the Longer the Better

Those of us who raft rivers know what a thrill it is to watch our children whoop and holler through a whitewater rapid. Often timid at first, by the time you reach takeout the kids are asking, “where are the really big ones”, and then beg for more. Children these days are often more stressed than adults. In part this is because they are highly empathic and mirror the emotions of their parents and other adults who are dealing with the stresses and strains of modern industrial society.

It is therefore good news that researchers have found children benefit from exposure to Nature with a dose related reduction in their stress levels. The longer the exposure to Nature, the lower the levels of stress in the child. Those of us who have experienced an extended raft trip on the Grand Canyon certainly know the feeling: What day is it anyway? Leaving home your TV, computer and cell phone helps too. (NM Wells and GW Evans, Environment and Behavior, 35(3): 311-330.)

5. Experiences in Nature are Great for ADD and ADHD

Attention disorders have become one of the challenges of the current age. The percentage of children on Ritalin and other drugs used to treat ADD and ADHD (which is generally ADD in males) is truly astounding. Theories abound on the causes and appropriate treatment of these children, but recent evidence has found that one treatment improves the symptoms in virtually all cases. That treatment is exposure to Nature.

The data is so compelling that some have suggested that ADD and ADHD are actually “Nature Deficit Disorder” in disguise. If our children were to grow up in an environment more similar to the one in which their nervous system evolved, the problem might disappear. This may be hyperbole. Nevertheless, what is clear is that children diagnosed with attention issues have better functioning after activities in natural or “greener” settings. Furthermore, the greener the setting, the less severe the child’s attention disorder. ( AF Taylor, FE Kuo and WC Sullivan. Environment and Behavior, 33 (1):54-77) Also Taylor and Kuo, Journal of Attention Disorders, August 2008.

These are just a few of the studies that increasingly suggest that John Muir was right, not only is “in God’s wildness .. the hope of the world”. It is a primary condition for the preservation of human health. Both the scientist and the preacher agree. Keep it wild!

Scott Underwood M.D., ABIM, ABEM trained at U.C. Davis before his retirement from a career in Emergency Medicine. As the longest serving member of the ARC Board of Directors, he now volunteers at the Mother Lode River Center in Coloma where the vision is “to promote healthy people, living in equitable and sustainable societies, in balance with the natural world.” Visit www.malode.com or send comments to scott@malode.com.