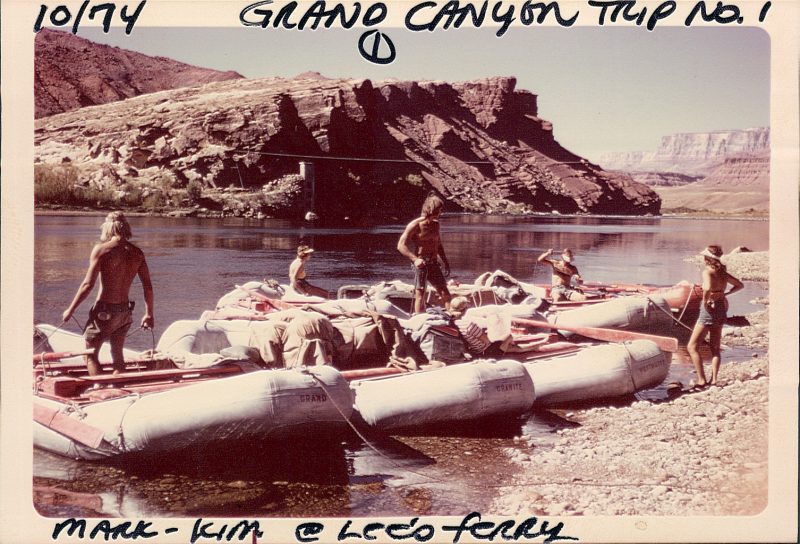 “I was on the Mekong River in March and had a job with Dee on the Colorado by May!” That’s how Kim Crumbo explained to me his transition from Vietnam back to Utah in 1971. It’s no surprise that Kim, Holiday’s first full time guide, recalls the phases of his life in rivers. After helping Dee Holladay kick start his company, he went on to work with Ken Sleight in the Grand Canyon through the 1970s, and then to work as a river ranger with the NPS for another decade. Kim has been close to big personalities of the arid West wilderness, like Ed Abbey, throughout his life. Although he might deny it, many say that he helped inspire the character of Hayduke (along with another Vietnam veteran, Doug Peacock). Kim is a veritable legend, but you would never know it talking to him.

When I interviewed Kim for this piece he spoke in generous expressions, making sure to include the names of the people he worked with, to give credit where credit was due. He made sure that I knew how much Dee and Sue helped him to become a better guide, and how much they helped shape the entire river culture of the time. Kim doesn’t want the spotlight, but he isn’t shy either. He would occasionally sprinkle a wry observation or some wizened laughter into his stories. When I asked him how the river had changed in his life he answered wistfully but contentedly, like a man who has seen much but regrets nothing. “It has changed a lot,” he sighed and paused. “Such is life.”

The Early Years with Holiday 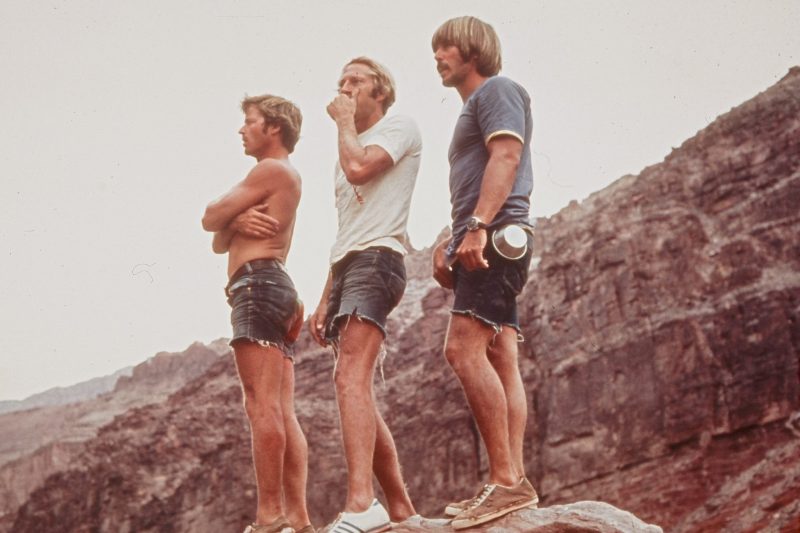 Kim Crumbo was not your average draftee in Vietnam. He was in an elite Navy Seal team, and completed over 70 operations in his time there. He didn’t say much about that time to me, but Kim did express how relieved he was to be back, and how important river guiding was to his acclimation. “Dee had a big hand in welcoming me back to the real world, such as it is on the river,” he told me.

When Kim returned from the war, Dee Holladay’s rafting company was just a part time gig. Dee spent more time working under the axle of a Ford truck than he did guiding a raft down the Green River. That’s where Kim found him, working as a mechanic at Bennett Ford. He was introduced by their mutual friend, Marty Taylor. Kim and Marty had run a few trips before, but that hardly qualified Kim to work as a guide. But, as he explained it to me, his scant experience was “enough to fool Dee at least temporarily.”

Fooled or not, Dee made Kim his first full time guide by ‘72. Business had picked up and Kim knew the basics. He could learn the rest on the job. “I had the benefit of working with Dee and Ken Sleight,” Kim told me. He described the two men as his early mentors, each with their own set of gifts. “Dee was very methodical and thought things through. And, well, Ken would just kind of see what happened,” Kim said with a hearty laugh. “Dee had really good equipment, and Ken was just sort of… well…I’ll just say we ended up going to Lee’s ferry shy a boat and a boatman, so it was just that kind of situation.” 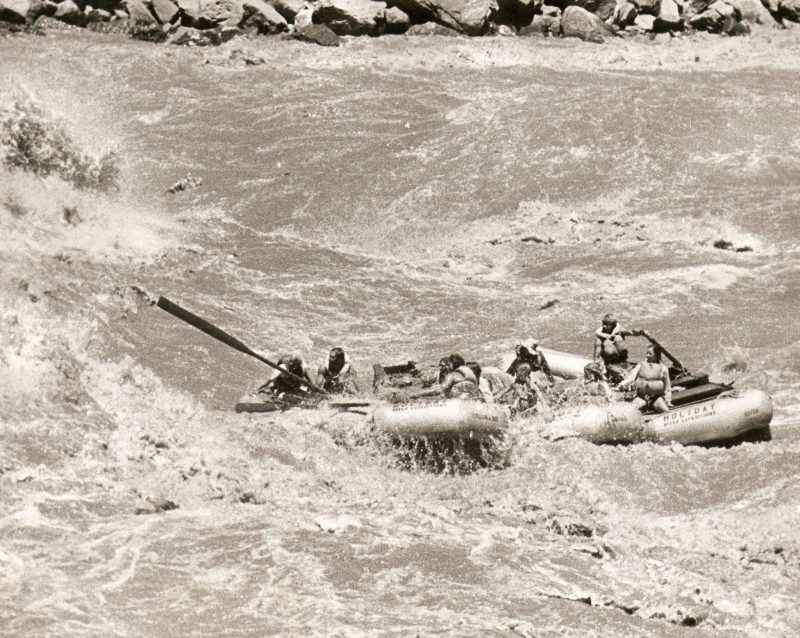 Kim related one story to me about going down Cataract Canyon with Dee in ‘73. “It was the first time we really ran that big water. It was pretty impressive.” The river had swelled to 70,000 CFS (if you want to see what that looks like, here is a video of a Holiday triple-rig from 1998). Dee described the experience with understated irony. “It was kind of dicey at times,” he said. “But we figured it out. Dee was a superb boatman. He remembered rapids, remembered runs…he was a master at that.”

“Dee could devote a lot of time to individual guides,” Kim remembered. But he could also send his mentees through a sort of baptism by fire. Kim told me that his most memorable experience on the river was back in those early days with Dee. They were running a triple-rig down the Grand Canyon for the second time ever. It was low water, and when they came to Horn Creek, Kim was the front-oresman. “Horn Creek in low water is….a challenge,” Kim said with some lament in his voice. “And it’s big, and it’s really hard to miss the big stuff there. But we had to do it… We entered the rapid and Dee looked back at me like ‘what the hell are you doing?’ We went for one hell of a ride. He didn’t say anything but we just got creamed. Here I was, thought I was just really hot shit and I had the great master up there who was just pissed.”

Taking Care of the River in Changing Times 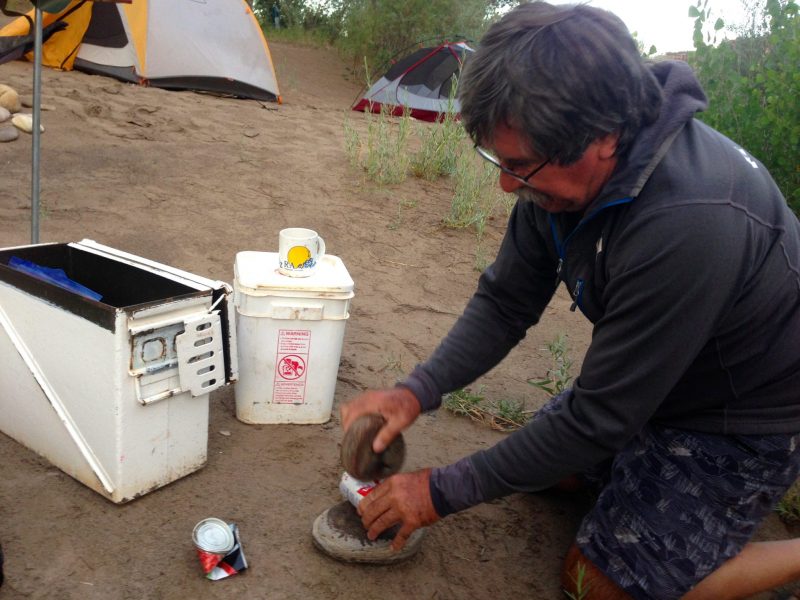 There are very few people with as much experience on Utah rivers as Kim Crumbo. So, one thing I wanted to understand was how things have changed since he started rowing all the way back in 1971.

“There are definitely more people,” he told me. Back then there just “weren’t that many people floating around then who knew how to run a boat,” and so it was easier to find the solitude that so many seek. When Kim, Dee, and other guides began noticing the uptick in people running the river, and the subsequent environmental problems that came along with it, they decided they would “get more involved with river management.”

“Dee was one of the first to really emphasize cleaning up the beaches, cleaning up the fire mess,” Kim told me. “We ended up using these chemical toilets. God awful things. You would just bury ‘em, and after a summer of that, with all the people down there, you couldn’t find anywhere to bury it! So, we developed basically the means of hauling out the human waste and the ashes. We converted to stoves for cooking. Guides are getting meticulous about picking trash. They are talking about micro-litter now… It’s probably as good as it can be with the people going down there.”

Kim and Dee weren’t just worried about the environmental effects of the people on the river, but also the quality of the trips they were running. They are both staunch advocates for rowing motor free boats. “I’ve always maintained that rowing is the way to go. It’s more personable, you can listen to the sounds of the river,” Crumbo told me. He said that his favorite place on the river is Westwater Canyon, which he was able to run back before he was in the military. “It was just one of the places you don’t see anybody back then…. But now the experience has changed a bit.”

When I spoke with Kim I noticed that he really focused in on the with whom he worked. He obviously admires and appreciates all of his fellow river runners. But I also wanted to know about the other, non-human animals that he had seen in his time. I asked him what his favorite animal sightings were.

“I love things up in Dinosaur,” he said. “The big horned sheep. The best wildlife in terms of quantity is the sheep. But also the occasional bear in Desolation Canyon. I saw tracks from mountain lions once, but never the actual thing.”  But, he added, he once did a trip in Ethiopia with “crocodiles and hippos. So that’s kinda’ hard to beat.”

Measuring a Life in Rivers 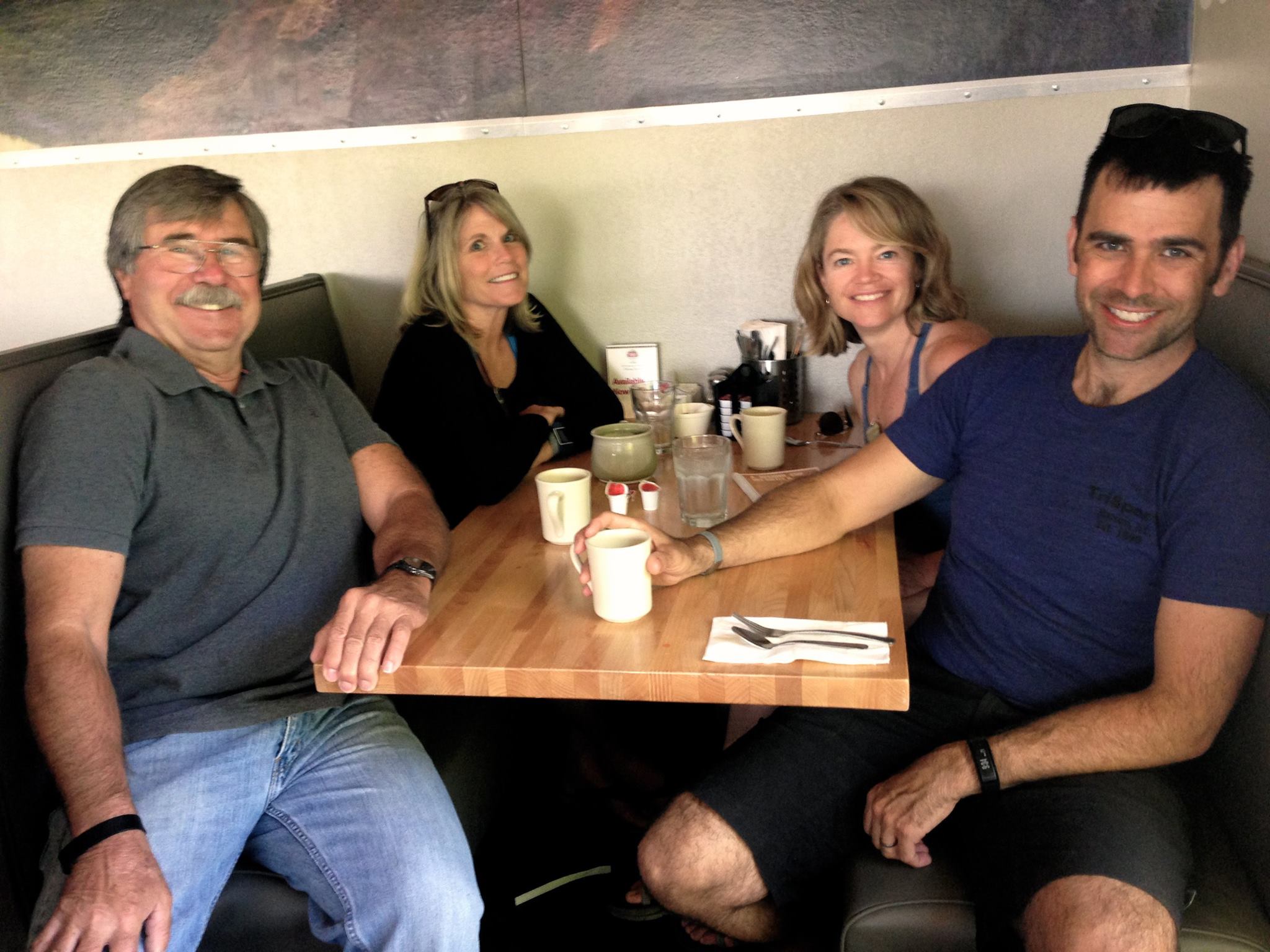 Kim Crumbo may recall his life history by the rivers he ran, but he told me at the end of our conversation that, “there comes a point in time when you realize you can’t measure your life in a number of river trips.” Indeed, Kim has been at other things for quite some time now. In 1988 he transferred from NPS’s River Unit to its Resources Division. In that position he went to great and often thankless lengths to protect the geological treasures and pristine wilderness that surrounds the rivers he loves so much.

“By the time I decided to move on, it was time to move,” he told me. “But still,” he said, “outside of meeting my wife and having my kids, running the river was probably the most important happening in my life.”

*** Kim now works as the Western Conservation Director for the Wildlands Network, continuing the legacy of protecting wild places he began with Dee many moons ago