“Green” Goes the Running of Rivers in Utah 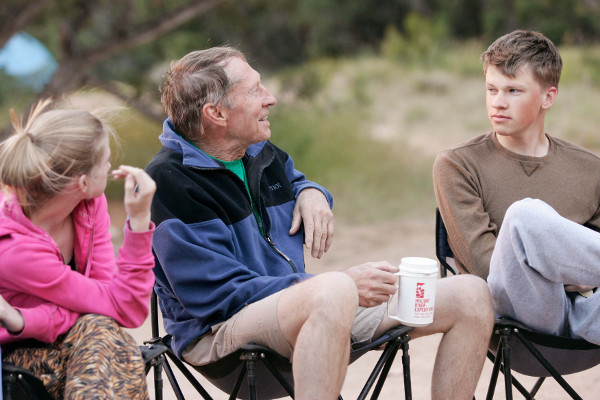 Q & A with Founder Dee Holladay

Recently, I was able to sit down for a Q&A with Founder Dee Holladay. Over the last 50 years running rivers, Dee Holladay, owner and founder of Holiday River Expeditions, has woven conservation efforts into every area of his company—in training the guides, in educating the guests and providing a pristine experience, in partnering with like-minded organizations, and quite literally in his own backyard (which includes just about every Utah native plant).

Dee and his company were going green when most people only saw “green” as a way to dodge a St. Patrick’s Day pinch, around this time each year.

His efforts have not gone unnoticed. Receiving the America Outdoors’ Conservation Stewardship Award in 1999, among other recognitions, Dee has been tapped by multiple conservation-oriented organizations to help develop sustainable environmental plans.

Now in his own words, a Q&A with Founder Dee Holladay… 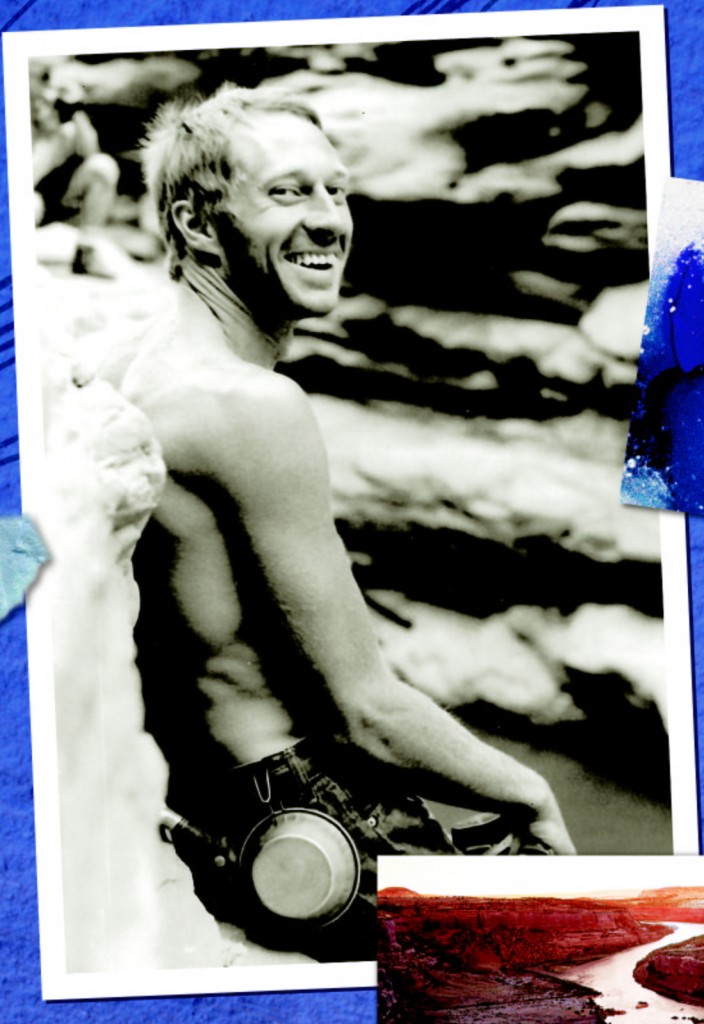 How did you get started on river running?

I was 22 and working as a mechanic. I’d take friends down the river and they would come back and want to do it again. I taught myself how to run rivers and then worked for an outfitter for three years in the 1960s. It was different then and there were not a lot of guides—maybe a few dozen on the whole Colorado Plateau— so I would go work for a friend one week on the Grand Canyon and then they would come work with me for the next week. Back then you tried to hook up with other groups on the river, there was a lot of that type of camaraderie, unlike now where you try to avoid running into other groups on the river. After running Holiday part-time for six years, I decided to go full-time in 1972 and quit my mechanic job.

Were there any green-minded efforts back then?

Not a lot, it has really evolved over the last 50 years. In the 1960s, outfitters were still throwing garbage into the river, which was standard procedure then. We were part of a group of river runners who started questioning this and began being proactive about how to leave less of a trace when we went down the rivers.

I’d experiment by testing something out to see if it was going to work. I would put a cantaloupe rind in the tamarisk and check on it, figuring out that it took a week’s time to be gone. I started wondering if we could find other ways to deal with people’s waste—back then, you burned your toilet paper and covered your poop with a rock. That was okay then but as more and more people came, I could see it wasn’t going to work long term. 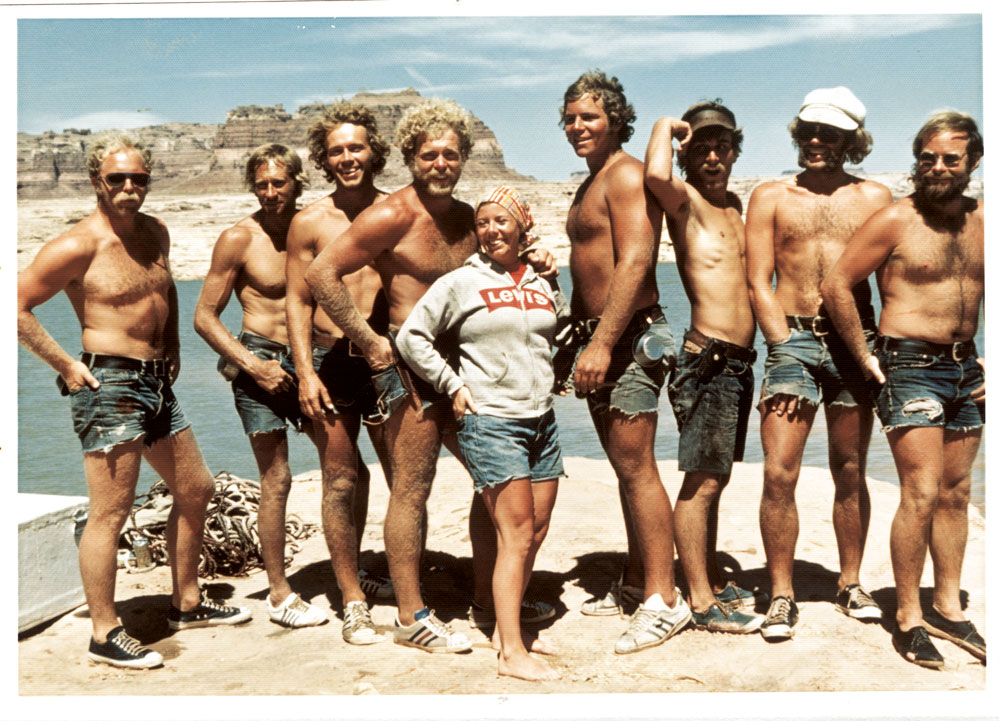 How concerned were you early on with preservation?

At the time, not a lot; it was when I foresaw growth and increase in the number of people on the rivers that I started putting the “What If” scenario out there—What if a lot more people were throwing garbage in the river, pooping around campsites, burning fires. What if we started leaving all these signs behind? 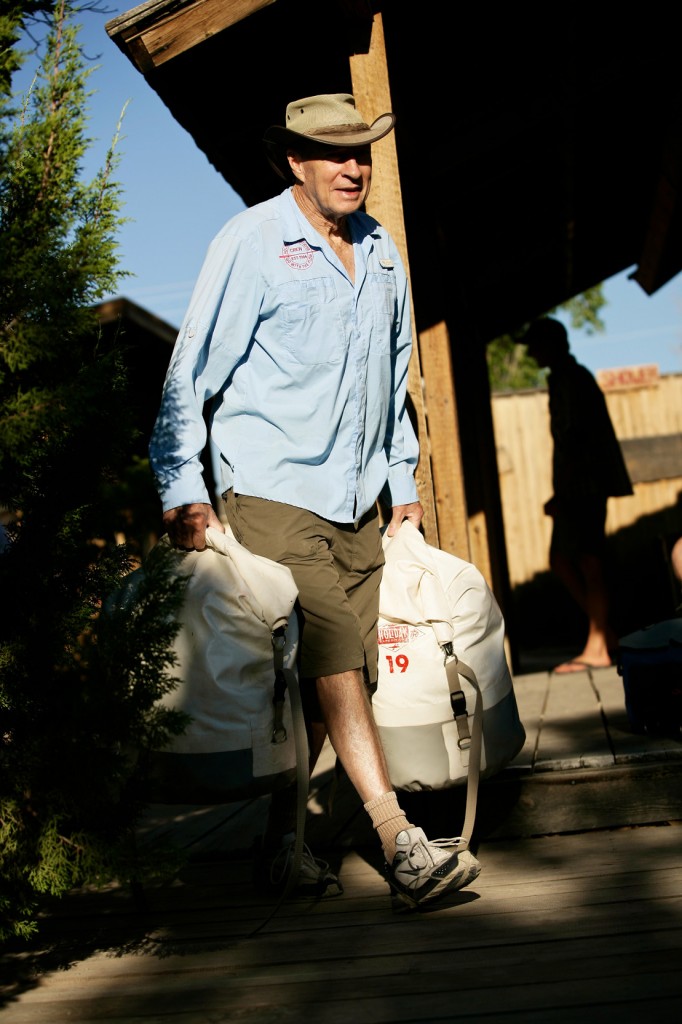 You were instrumental in helping establish the “Leave no Trace” practices required now by land-management companies. How did that evolve?

NOLS (National Outdoor Leadership School) came up with the slogan and I worked with them and Colorado Outward Bound in shaping it in the early 1980s.

We were part of the early river outfitters who were the forerunners of this concept—carrying garbage out, then biodegradable foods, and eventually recyclables like aluminum, cardboard, plastic, glass, steel, tin, and compostable waste.  These efforts set a tone that continued to evolve over time with numerous other leave no trace concepts, like carrying out charcoal and fire byproduct—we were first to do this. It used to be buried.  Then human waste started being put in holding containers and then buried; now it is all carried out and disposed of in the municipal sewage system.

We discouraged multiple trails and kept guests to one trail. In the 1980s, we started elevating fire pans to prevent scorching the ground and introduced fire blankest to catch ashes that spilled over from the fire pan. The elevated fire pan and ceramic fire blanket have now become an industry standard.

We had been doing this stuff for many years before it became industry standard and required.

We’re continuing to be progressive in this area; we capture rain and greywater at our warehouses and then use it to irrigate our native plants.  A 4.5 kWh solar array at our Green River warehouse produces the majority of our energy needs.  The organic waste reduction program involves a pig that is fed and fattened each year on the food scraps from Holiday River trips. 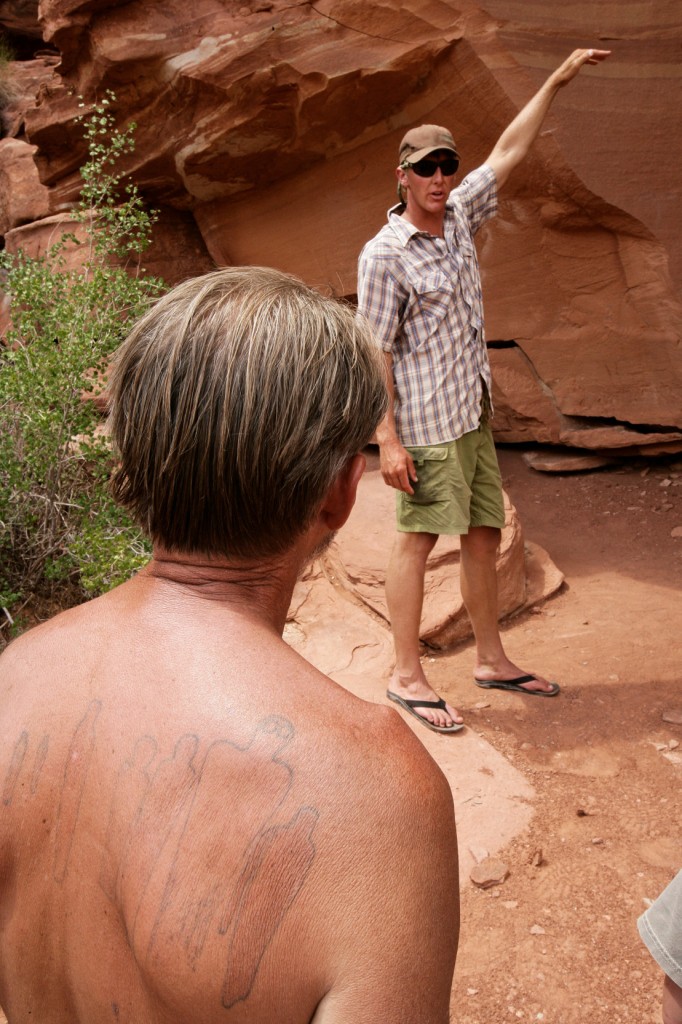 What does Holiday impart to the guides and in turn the guests in regards to the river environment?

We train our guides thoroughly in this area and most of them come into the job with a strong respect for nature, to begin with. They offer gentle reminders to guests as well as model how to take care of the land and river.

I’ll tell you a story that sums this up a bit. Kim Crumbo, one of our guides that has been working for us since 1971, and was our first full-time guide, really set the tone. He would always be rowing out across the river to pick up a Coke can floating in an eddy or garbage on the other side of the river. He said he was doing it for exercise and it seemed, at the time, an exaggerated effort to me. But our guests would come tell me what a great guide he was by doing these things. I started seeing it as a part of the trip that guests could take back home with them and keep their own backyards clean. By the way, Kim went on to become the conservation director for the Grand Canyon Wildlands Council.

We know our guests would be catching on because the second night of camp, the campsite would be a lot cleaner than the first—no orange peels, granola bar wrappers, and stuff like that laying around. It was never a hard sell to our guests, keeping it pristine is woven into all aspects of what the guides impart—the geological and natural wonders, cultural history and recent history, water concerns. 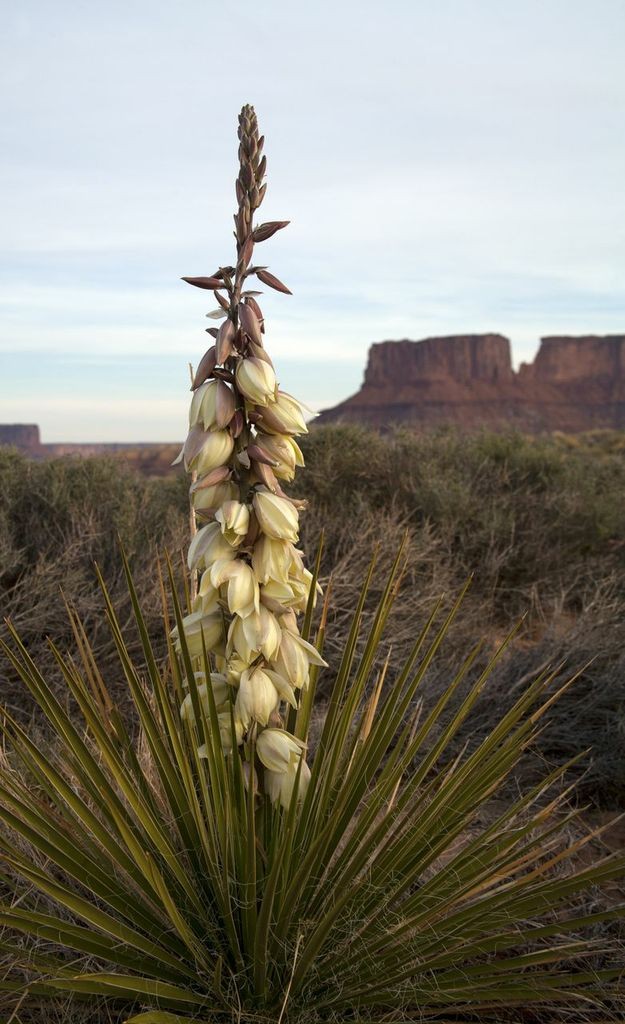 Was there a turning point in becoming a greener company?

It really evolved over the years although we were some of the leaders in making it happen. I suppose a turning point was realizing how much the guests appreciated our efforts to keep our surroundings pristine. This hit a competitive chord in me, as I always like to be better than the competition, and realized these green efforts could help put us ahead of our competition.

Another realization was in the mid-70s when there was a lot of growth in the industry and we were taking more and more people down the rivers. I was seeing the impact of that and knew we needed to do something.

Today, is there anything Holiday is doing in the green arena that other river running companies are not doing?

We are one of the only ones choosing to not use motors in areas where a lot of companies do—the Westwater, Cataract, Desolation, San Juan. We feel like these elements would interrupt the sense of removal from civilization that we want them to have. 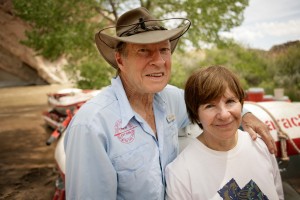 How do things look today?

Now some of the old guides head up outfitters and land-management agencies, so they know the value of what they are protecting. I think for the most part everyone is doing a pretty good job today and unlike the old days, it is being enforced. We were doing it before it was required, but we saw people being sloppy, so the oversight is a good thing.

At 78 years of age, as you look back over 50 years of running rivers, what do you think?

It has been a good way to grow up.