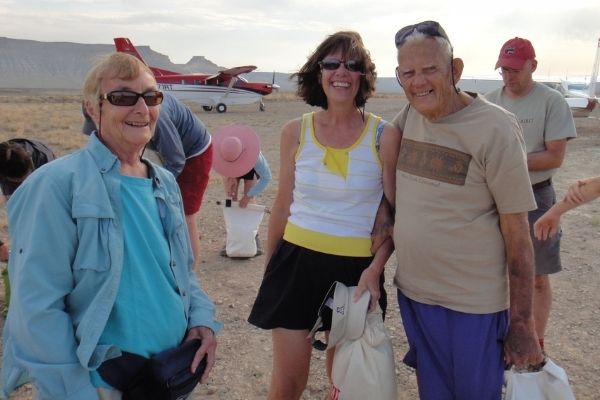 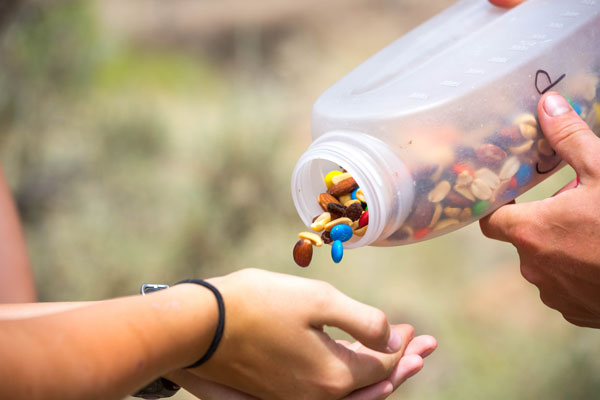 “Ah, GORP in high demand! Isn’t that the height of ecstasy?!” proclaimed Dick, the 86 year old riding along with me. I laughed, more because of the giddiness behind the words than the words themselves, and passed the container of trail mix to the front of the boat (GORP, for those not in the know, is an acronym for “Good Ol’ Raisins and Peanuts”, i.e. trail mix).

The wind was blowing so hard I dared not drop the oars long enough to indulge in a handful myself. My four passengers had taken a few handfuls each but they couldn’t get enough, and I only had the one container, so some friendly jostling was taking place.

First Year on the Sticks 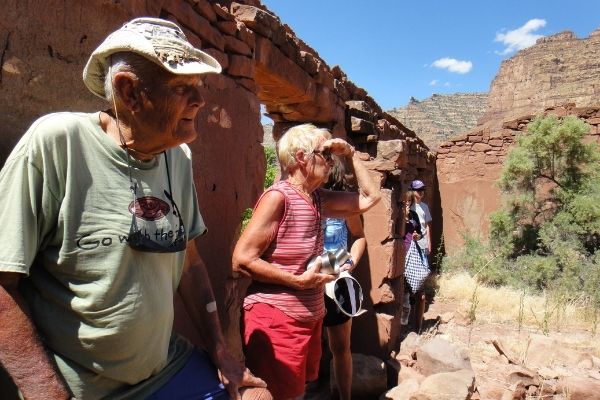 Dick and Lois Klinck on a 2012 Desolation Canyon trip

It was June of my rookie season and we were traveling through Desolation Canyon. The other three passengers on my boat that day were Dick’s wife Lois, and their good friends Dee and Sue Holladay, the founders of the company I had just started working for. Dick and Lois had known the Holladays for many years and had been down the river dozens of times with the company. I imagine getting to spend a few days floating down the river together again was a blissful experience.

With all the charm removed from his proclamation, I like to think what Dick meant was “to exert oneself in a wilderness endeavor with a group of close friends, to the point of raisins and peanuts becoming a delicacy, is a sure path to pure happiness”. At the time, I wasn’t sure I understood or agreed, but as I get older, the more I see the wisdom in his words: To live in the moment, enjoy the little things, and appreciate your friends.

Things are Rough Enough in Town

Later on in the trip, the group did a long hike up to a river overlook. Upon reaching the top, Dick took a seat on a rock and began catching his breath while taking in the view, his face red and wet with sweat. He had gotten a few scrapes along the way and had Band-Aids up and down his arms. Lauren Wood, the granddaughter of Dee and Sue, was another guide on the trip and had known Dick for years. She noticed how tired he looked and asked him why he still pushes himself so much, coming out to the desert and “roughin’ it”. He looked up at her, took a deep breath, and said, “Ya know, Lauren, I don’t come out here to rough it. I come out here to smooth it! The city is rough enough for me!” 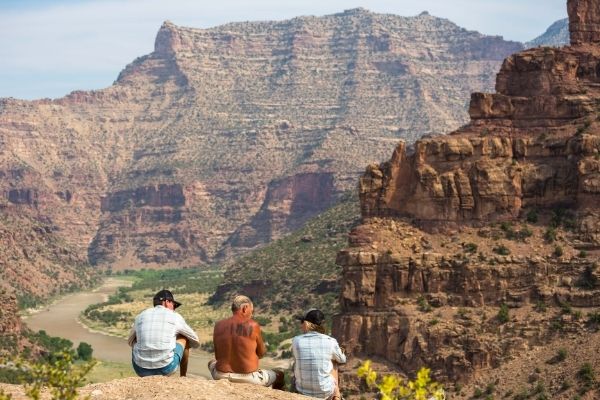 Concrete buildings and paved roads couldn’t offer the same feelings of bliss to Dick as the stark beauty and sheer expanse of the desert, and my soul agrees. I frequently reflect back on his proclamations, striving to feel the same giddiness he exuded in those moments, to reach the “height of ecstasy” he had found. These days I spend the winter months exploring the Wasatch Mountains, hiking and skiing with friends to the point of happy exhaustion. I’ve formed some great memories there, but the desert remains my personal favorite place to “smooth it”.

The best moments of my life have been spent with desert rats of kindred spirit rowing, pedaling, and traipsing through a landscape of twisted juniper trees, sculpted red rock sandstone, and sheer cliffs of canyon walls until hunger sets in and we settle down somewhere to share our snacks. Thanks to Dick, I’ve learned to truly appreciate those times and how lucky I’ve been to experience them. 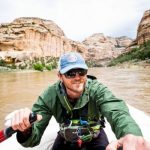