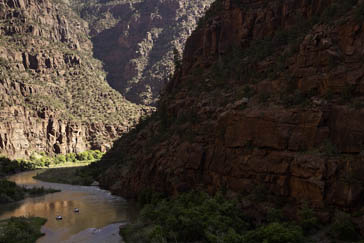 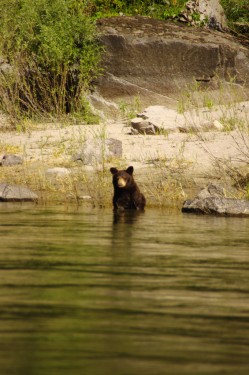 The Main Salmon River has two dominant seasons: one is hot and dry and the other is cold and snowy. Less than a month from the winter solstice, it is now cold and snowy. The onset of winter triggers changes in the creatures that live in the great Salmon River wilderness of Idaho. And no creature has a bigger behavioral change than the black bear.

All summer long on our river trips, we keep an eye out for ursus americanus. This year we saw a sow (female) and her two cubs. The year before, two guides woke up early one morning when a small, year-old bear tripped over the bowlines to their boats.

But by late November, the main staples of a bear’s diet – tubers, shoots, shrubs, grasses, buds, nuts, mushrooms, insects, and carrion – become very scarce. To survive the austere months ahead, black bears find a den and slip into a deep hibernation.

For years, scientists debated whether bears actually hibernated. Unlike many rodents that drop their body temperatures dramatically and lose almost any ability to wake from their winter stupor, bears’ body temperatures remain relatively high and they remain much more lucid. This lucidity, however, belies an extraordinary difference between bears and rodents. While rodents wake from hibernation every several days to eat, drink, defecate and move their muscles, bears don’t. Bears can go up to seven months (although 3-5 months is more common) in a state of semi-consciousness without eating, drinking, defecating or moving.

It doesn’t sound possible. After all, if you or I went months without eating or drinking, we’d certainly die. But even if we ignore that seemingly impossible feat, a bear’s lack of movement is even more unbelievable. 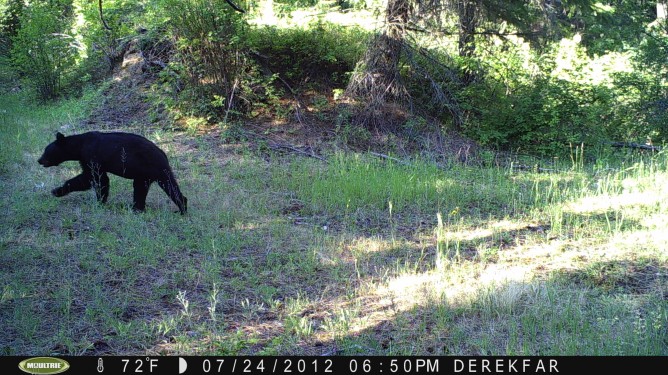 When I was 8-years old, I broke my wrist. The doctors put my arm in a cast for six weeks. When they cut the cast off, my arm was shriveled, small and weak – atrophy had set in. It’s the same for all humans: if we don’t use our muscles, we lose them. But not black bears. In one of the most extraordinary adaptations in the natural world, bears emerge after months of hibernation as strong as they were in late November. They do this by recycling the nitrogen in their waste.

So goodnight sweet bears. You will be missed in these dark, snowy months. And when longer days return in late March or early April, we look forward to seeing you again, at a distance of course.