Going Against The Flow: Tracing the Travels of Denis Julien 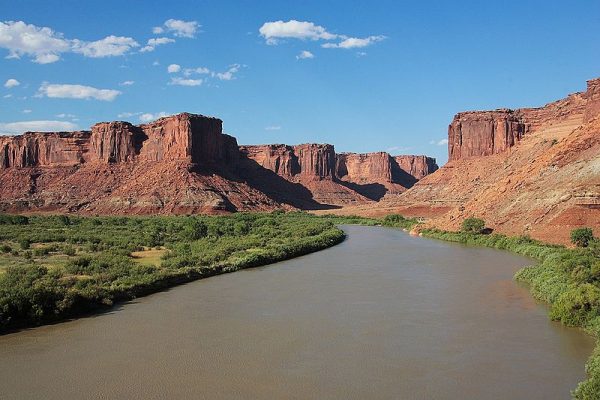 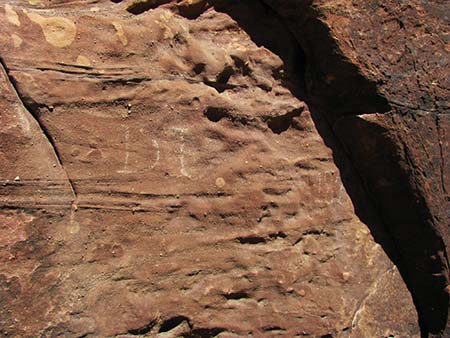 There’s a certain spot on the Green River in Dinosaur National Monument where Holiday guides like to pull over and point out a faint inscription on a huge riverside boulder. Etched in the buff-colored rock are a stylized D and J, along with the date 1838. This cryptic engraving marks the passage of one of the most elusive figures in Utah’s frontier history: Denis Julien, the Kilroy of the canyons, an enigmatic figure who shows up briefly only to disappear again. His is a tantalizing presence in this wild river canyon.

Historians attribute as many as ten inscriptions located in and around Utah to Julien, with the best of these showing up along the Green. One is hidden under a rock shelf far downstream in Labyrinth Canyon, the 68-mile flatwater float that begins at the town of Green River. There our friend signed in as D. Julien, giving the date as 16 Mai 1836—a couple years earlier than the one farther upstream. Another inscription appears still farther downriver, a short way up a side canyon. This time Julien gives the date as “3 mai 1836” – May 3rd – almost two weeks earlier than the previous entry. 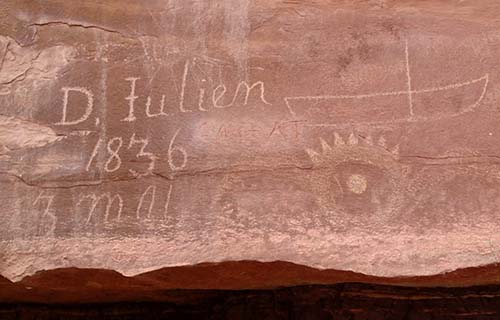 One of the two Denis Julien inscriptions in Labyrinth Canyon. Photo by Fred Swanson.

Could Julien have been traveling upriver? He gives us a clue in the scratched outline of a boat with a mast sticking up. A sail would have allowed him to take advantage of the up-canyon winds that sometimes whip the Green’s surface. With skill and care, he may have been able to make his way upstream, following shoreline eddies wherever possible and resorting to a tow rope as a last resort.

Even stranger is the figure Julien drew underneath the boat, which has been described as a sun with wings, or possibly a bird in flight. Intriguing as any Ancestral Puebloan design, the figure defies interpretation, although it’s clear that Julien had an active imagination. Maybe he was wishing he had wings to take him far from this isolated canyon. Today this panel is accessible by a primitive road, which may be why it has been defaced with the initials of some unthinking people. 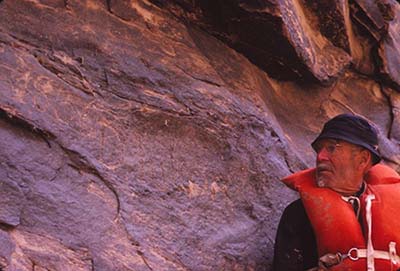 Julien’s widely scattered rock carvings have been a fertile field for speculation. His name has been found in several spots in Cataract Canyon, one of which is now buried in the silt of Lake Powell. He shows up in a remote canyon in the Book Cliffs, and even on an ancient petroglyph panel in Arches National Park (he, too, wasn’t immune to leaving graffiti). What he was doing up there in 1844, miles from the nearest river, is unclear. Historian Andrew Gulliford notes that by this time the fur trade was in decline in North America, leaving trappers like Julien to seek out the most remote places of the West for their “plews” (beaver pelts). But bone-dry Arches? Perhaps he just liked the scenery!

Other historians have dug up a few facts about this mysterious character. Born of French-Canadian parents in the early 1770s, he worked for various fur trading outfits in the Midwest before making his way to New Mexico in 1827. From there he headed north to Utah’s Uinta Basin, where he and three companions established a trading post the following year. It’s possible he hung around this area until 1836 when he appears in Whirlpool Canyon. By 1844 he seems to have been operating out of another trading post in western Colorado. Like all his companions in the fur trade, he got around. 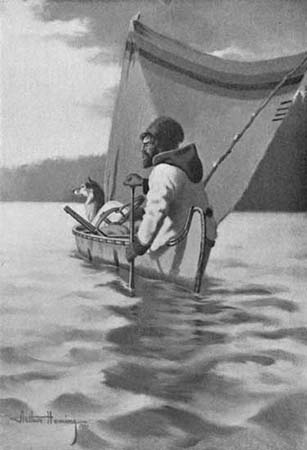 Illustration from A. C. Laut, The Story of the Trapper (1916), courtesy Project Gutenberg.

Next time you’re in camp on the Green River, along about dusk, peer downstream and you may catch a glimpse of this voyageur—an aging figure dressed in worn buckskins, a rope held taut over his shoulder as he hauls a heavily laden craft up the muddy stream. He makes his way along the willow-lined bank (no tamarisk back then), straining against the powerful current. He stops to inspect a track that runs down the bank and into the water – beaver sign. But the market for furs is about done, so he plods on upstream, stopping to make camp underneath a low cliff. After building a little fire and cooking dinner, he takes out a sharp flint and carves his initials into the rock face, performing one of the oldest human rituals of all–the need to leave some mark of one’s passing.