Giving to Living Rivers: an interview with John Weisheit 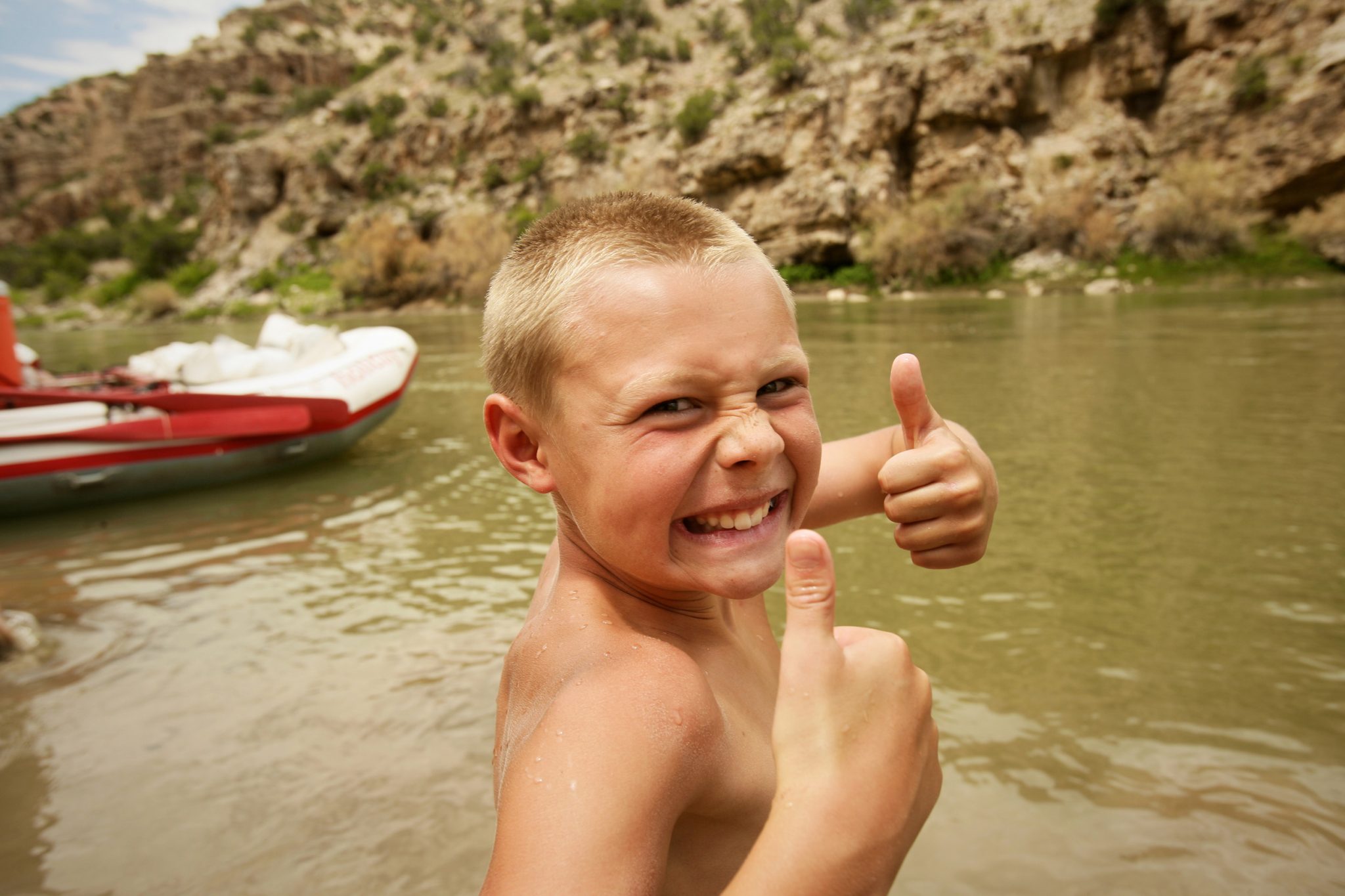 As a kid in church, I belted out the song Give Said the Little Stream (“I’m small I know but wherever I go the grass grows greener stillllll”). This plinking kid’s tune wedged in my brain a reminder: the streams and creeks and rivers of my Utah desert are always giving. They don’t leave off giving till the day they peter out.

This morning, John Weisheit says to me “Every watershed is running out of water. Think about that. You can’t run away from it — where would you go?” John’s a man who knows about the giving of rivers and is doing everything he can think of to give something back. On January 1, 2000 — the morn of the dreaded ‘Y2K’ — John founded Living Rivers to address a slower, more serious pending apocalypse.

The Fight to Keep the River Living 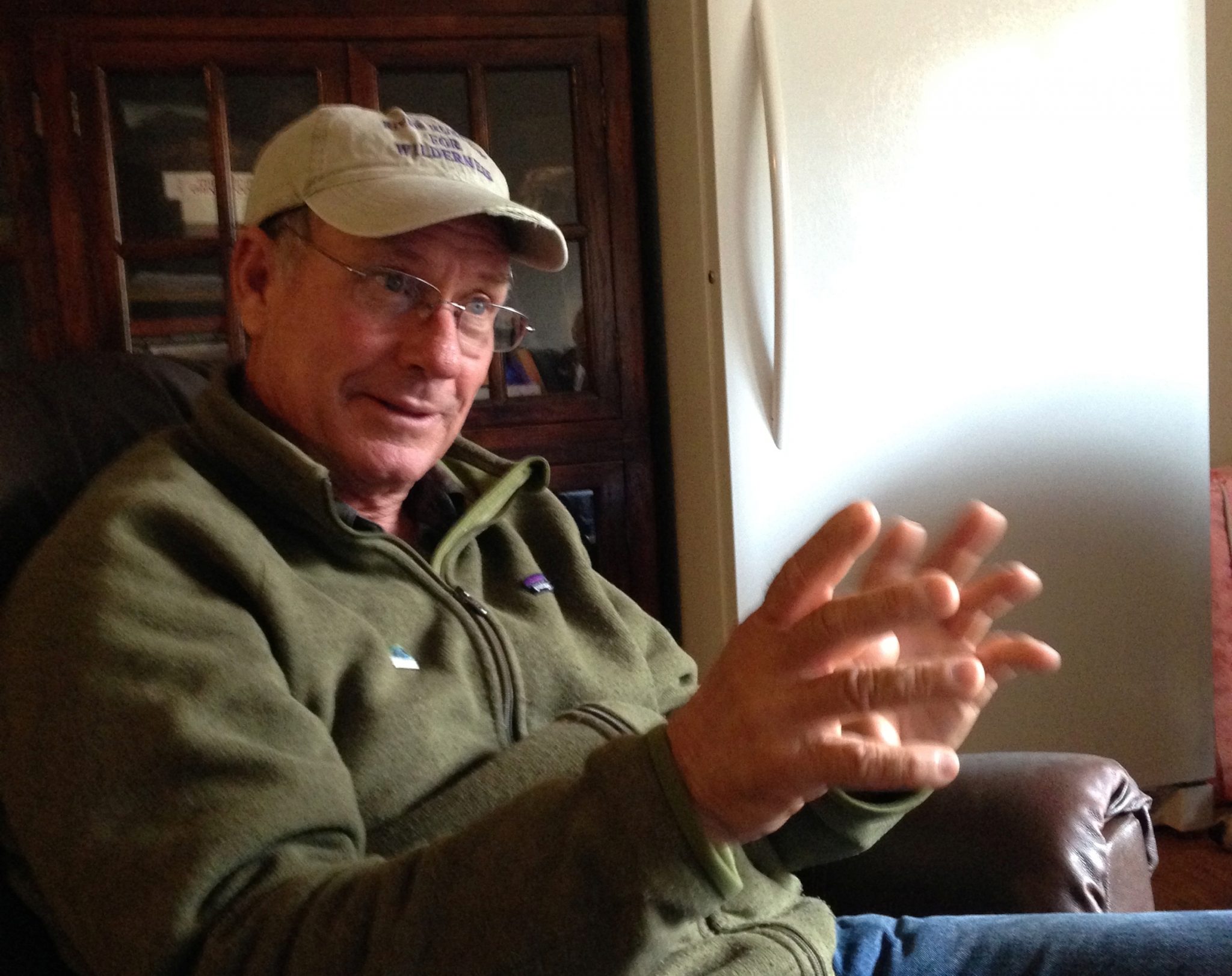 From the banks of the Colorado, John’s message can sound dire. “I’m tired of seeing dead fish in the Colorado River. I’m scared to see less and less water. There’s not enough habitat for animals in the Grand Canyon, there are introduced exotic fish competing with the native species. And then climate change is turning droughts to catastrophe.”

John says that most people dependent on this water close their eyes in the hope these monsters go away on their own. But instead, John dove into the struggle, becoming Colorado’s Riverkeeper. This is a post connected with 284 other waterkeepers spanning six continents, each one a special watchdog of a particular waterway.

But in many ways, the problems with all of them come back to the Colorado:

“The Colorado is the first river to be totally controlled by humans,” he says. “Since Hoover Dam was built in 1934, the entire contents of the river were under complete control. From that time on, the river never regularly flowed to the Gulf of California.”

“The Colorado River has to be healed”

“That means the Colorado was the first social experiment in river control. And it’s not working.”

Clearly this should be a big deal for those of us in the Colorado River watershed. But it’s even bigger and wider and worse than that: this method of river control was adopted all over America, and all over the world. “In India, in China — all over they’re ‘taming’ rivers, looking to the Colorado as their model.”

“What I mean by that,” he says, “is it’s hurting the biological integrity of the river.”

Respecting the Limits of Nature 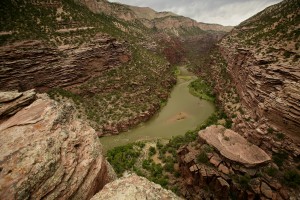 “The Colorado River has to be healed,” says John, “because it sets the standard. We need to show here that water managers have to yield to nature. We should govern water according to the laws of nature, and not the arbitrary laws of man.”

What does this healing work look like? In the sixteen years since it was founded, Living Rivers has managed to fight off nuclear power plants and extreme energy extraction plans along the Colorado and its tributaries. It has also convinced the government to remove a toxic hill of nuclear waste from the Moab riverbanks, protected groundwater resources, and engaged in other river-protection projects both locally and across the Colorado River Basin. When federal law is violated, they’re not afraid to litigate, but they also focus on mobilizing average people to learn about and help fight for the river.

John sees his work as highlighting a major gap in the official water regulation systems. “One big problem is water managers are looking, at most, 10-15 years in the future,” he says. “They can ask ‘How will we manage this river if Lake Mead gets too low?’ But we’re looking at 100 year problems. What happens when the reservoirs fill up with sediment and can no longer provide water — and more importantly can no longer provide flood control? What about those 100 year floods? When they come, what happens if they take out one or more dams? 40 million people depend on this water — what will they do?”

As the needs of the river are ignored, public policy and planning grow increasingly detached from material reality. “Do you know they’re predicting that by the middle of this century, another 10-15 million people will get their water from the Colorado River?” John asks. “We can’t even assure the 40 million people who depend on this river that they’ll have water in 25 years — we’re completely disrespecting the limits of nature. The Colorado River has already become a false promise.” 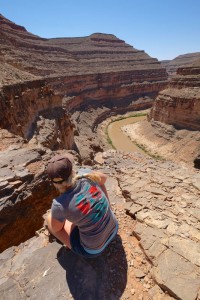 John was born in this watershed and has been a river guide for 37 years. “I get to live by it and sleep by it. I’ve seen the river change first-hand.”

But most of the people who depend on the river for their lives don’t live near it. “Most people who see the Colorado River only see it when they take a shower, brush their teeth, or wash dishes,” says John. “The Colorado River is the reason Salt Lake City exists. Even though you don’t live in the Colorado River basin, you’re drinking its water. And that’s true for Denver, Albuquerque, Los Angeles, San Diego, and even Tijuana, Mexico. Those in the cities aren’t aware of the dangers to their water supply.”

“But me — I can’t help but be aware of it,” he adds. “And so I was willing to take responsibility to make sure people have adequate water to grow healthy food and keep native fisheries healthy.”

As John speaks I think of the Flint River crisis, the massive damage that can be inflicted on a community from a polluted river. This is a scandal of politicians and bureaucrats considering certain lives expendable — but underneath that cold human brutality sits the fact of the river: a river so abused with industrial waste and sewage that it requires the kind of intense treatment that can rot the lead out of pipes.

This is why the fight for a healthy Colorado is especially important for city-dwellers. Though John travels through the Colorado’s wildest spaces, he’s hoping for some help from the cities. He notes that water managers are always pestering city residents to save water. “That sounds good. But let’s say they save 10,000 acre-feet — what the managers then do is build another subdivision.” (An acre-foot is 326,000 gallons, the amount it takes to flood an acre a foot deep). “As it now stands, there really isn’t conservation, just the promotion of more development, and increasing vulnerability.”

“So do you still have hope?”

“If the water being saved went into a stream to help the wetlands — that would be real conservation,” he says. This is the space where even those city-dwellers far from the source of their water can advocate on the system’s behalf.

“There is nothing more important than water,” he says. “Without it, you can’t have food or energy — you can’t do anything. For the last 100 years, we’ve had plenty to go around, but that’s not true anymore. If we don’t respect nature’s limits –” he pauses– “I actually don’t think I have to explain what happens if we don’t do that. Suffice it to say water is precious, it’s a gift, we’re abusing it, and we still have time to stop that.”

I ask John “So do you still have hope?”

“I do now,” he tells me. “But this can’t be put off. There is no insurance policy for this. In fifty years, there might be no hope.”

“So what do we do? Ordinary people like me?” I ask. John describes how everyone can write letters to officials, submit public comments, write letters to the editor, and get active with an organization like Living Rivers in their community. He explains that this is necessary for our survival and well-being, but not just physically. Those little streams give and give, and instead of learning from them to be likewise giving, as my childhood song taught, we endlessly take. What John laments is that “we’re treating nature like it’s a commodity. Instead of having spiritual connections to it, we have consumer connections to it.” 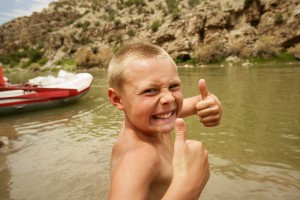 This is why John recommends taking time to experience the river first-hand. “To really understand the joy of water, do a river trip. See this place for yourself,” he says.

“Then work as hard as a boatman to save it.”